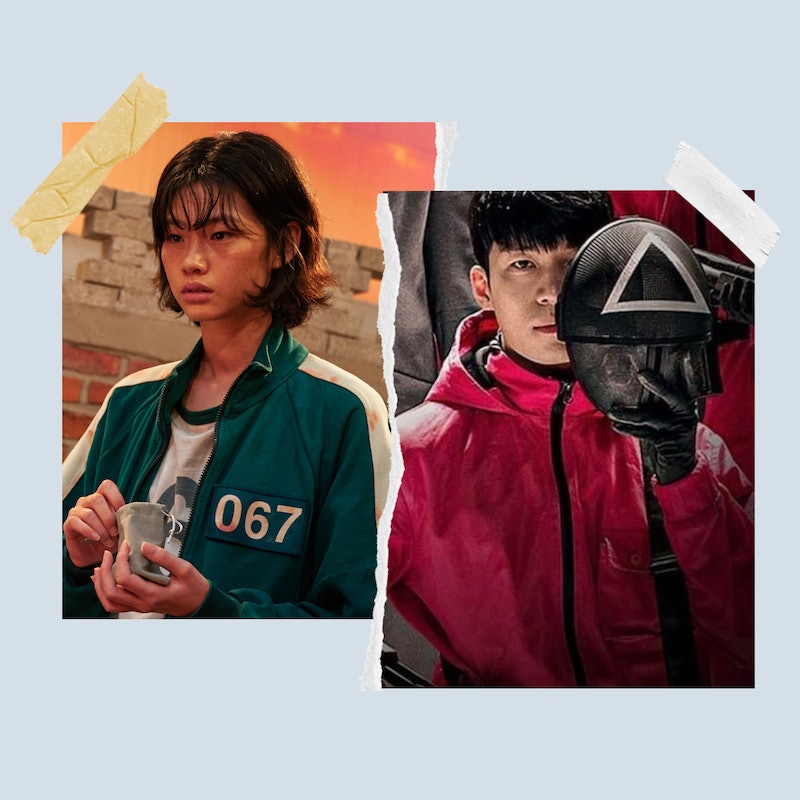 Since premiering on Sept. 17, Squid Game has become a global phenomenon, the likes of which Netflix has never seen. The violent series quickly became the No. 1 show on the platform in more than 90 countries — with millions of viewers pressing play every day, dissecting the twist-filled ending, identifying hidden clues, creating TikTok trends, and begging for a Season 2.

In less than a month, Squid Game may soon be named Netflix’s most-watched original series of all time. Because of the viral success, the actors who bring the twisted story to life have all gone from respected talents in South Korea (and beyond) to worldwide superstars, and they have the social numbers to prove it. In the mere weeks since Squid Game began spreading around the planet, the main cast members of the show have all seen their Instagram profiles explode in terms of popularity, with some gaining millions of new followers in an incredibly short span of time.

Below is a look at just how much the Squid Game cast’s followings have increased on Instagram.

The inclusion of Jung Ho-yeon’s Kang Sae-byeok character highlights how local Squid Game is in terms of its concept and execution. The contestant is fighting for the prize money so she can pay to get her family members out of North Korea, where she was born and raised and then escaped from. This is a real plight that countless Koreans have faced throughout the decades, and there are people who really do go to extreme lengths to rescue their loved ones from the dictatorship. Outside of the show, Ho-yeon is also an experienced model.

Wi Ha-jun’s detective character Hwang Jun-ho will do anything to be reunited with his brother, even sneak into a game that could end his life. Though he’s not a player in the deadly games, he is still the second most-followed cast member, and some viewers speculate his character could somehow return for a potential Season 2 storyline.

Few of the contestants in Squid Game are familiar with violence, so when the shooting starts, they’re shocked to their core. The same can’t quite be said for Ji-yeong, played by rising South Korean star Lee Yoo-mi. As the show begins, she’s recently been let out of prison after killing her own father, so in some ways, she may be better prepared for the competition than others.

Just like fellow game player Sae-byeok, the character of Ali Abdul, portrayed by Indian actor Anupam Tripathi, is someone who needs the money to create a better life for those he loves. In the show, Tripathi plays a Pakistani man who has been shortchanged by his employer and who has to find a way to support his wife and infant son. He’s destitute, and unfortunately, his fictional story is far too real for many families in developing countries.

When Squid Game begins, we meet Lee Jung-jae as main character Seong Gi-hun. The man just can’t seem to catch a break, though it’s not as if he hasn’t made mistakes throughout his life that have put him in his tough situation. He wants to be a good dad, and when he finds out his only daughter may soon be moving to America, he realizes more than ever, he needs money. And fast. It’s through Seong Gi-hun’s story we see how people are invited into the nefarious game.

Unlike most of the Squid Game contestants, Han Mi-nyeo’s reasons for including herself aren’t so clear. She’s mysterious from the beginning, and it’s difficult to pin down just why she’d go through all of this. She claims she’s a single mother with no money who needs help getting by, but is that the truth? Kim Joo-ryoung expertly balances layers of emotion throughout the series that make her character one of the most interesting.

Heo Sung-tae’s Jang Deok-su is another character with gambling debts, which sadly affect more people than the main populace may realize. Two main men in the Squid Game are propelled to risk life and limb in order to earn the money to pay off the massive sums they owe, which have largely been racked up through activities like horse racing. Interestingly, gambling at casinos is illegal for South Koreans, even though there are a number of casinos within the country. Citizens are allowed to bet on various races and even play the lottery, and that’s how some addicts get into trouble.

Unlike many of the other players in Squid Game, Cho Sang-woo (played by Park Hae-soo) has already found concrete success in the real world, though that doesn’t mean he isn’t desperate. Anyone would need to be in order to sign up for a competition as ruthless and violent as this. The character is wanted by the police for stealing money from his wealthy clients, as he ran their investments. Now he needs that cash to clear his name and move on with his life.

More like this
Everything To Know About 'Elite' Season 7
By Jake Viswanath
At 28, Prue Leith Was In A Secret Affair & Sharing Apple Pie With Stoned Neighbors
By Grace Wehniainen
Ciarán Griffiths Is Making His 'Corrie' Comeback
By Catharina Cheung
Ellen Pompeo Says Goodbye To 'Grey’s Anatomy' In An Emotional Instagram Post
By Grace Wehniainen
Get Even More From Bustle — Sign Up For The Newsletter