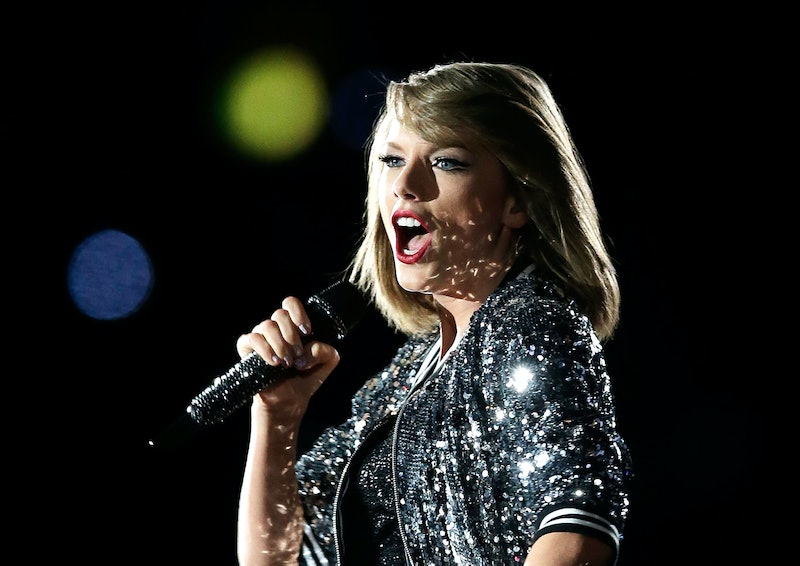 Taylor Swift never fails to catch the Swifties off guard. On May 5, Swift surprised fans by debuting a new “Taylor’s Version” song, her re-recording of the 1989 album deep cut “This Love,” in the new teaser trailer for The Summer I Looked Pretty, an upcoming Amazon Prime Video series based on To All The Boys I’ve Loved Before author Jenny Han’s 2009 debut novel.

The “All Too Well” singer shared the show’s teaser on Instagram and released the full “This Love (Taylor’s Version)” at midnight on Friday, May 6. “Thank you @jennyhan for debuting my version of This Love in the trailer for @thesummeriturnedpretty!!” she captioned the post. “I’ve always been so proud of this song and I’m very 🥺🥺🥺 about this turn of events.”

The author was also very excited about Swift’s involvement, changing her Twitter display name to “Jenny Han can’t come to the phone right now,” a nod to Swift’s 2017 No. 1 hit “Look What You Made Me Do.” “It was the summer everything began ... I’m so excited to share our teaser with you, featuring This Love (Taylor's Version) by @taylorswift13,” she wrote in a Twitter post.

“This Love (Taylor’s Version)” marks Swift’s second re-recorded song from her 2014 Grammy Album of the Year-winning 1989, following the release of “Wildest Dreams (Taylor’s Version)” in September 2021, after the song was featured in the Spirit Untamed trailer and went viral on TikTok. A release date has not been announced for 1989 (Taylor’s Version) as of yet, and given the many previous easter eggs that Swift has dropped, like pricing signed copies of Fearless (Taylor’s Version) at $19.89, this news is making Swifties think its arrival is imminent.

However, after the trailer dropped, Swift’s official store put up new throwback merch representing both the 1989 and Speak Now eras. There’s also been hints about Speak Now (Taylor’s Version), like her pricing signed copies of Red (Taylor’s Version) at $20.10, nodding to the year Speak Now was released. The merch drop points to both releases coming soon — perhaps at the same time. Swift enjoys sending her fans into a deep investigative spiral with every move she makes.

This article was originally published on May 5, 2022