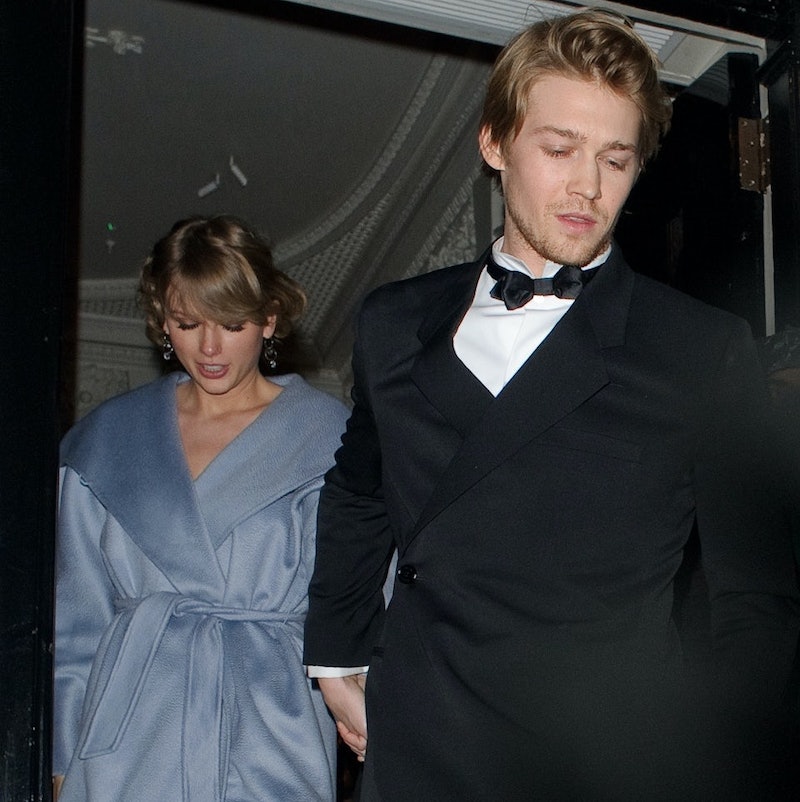 Taylor Swift is in a “lavender haze” with her longtime boyfriend Joe Alwyn — but that doesn’t mean they’re engaged, which has been heavily rumored for years. The 32-year-old Grammy winner directly addresses engagement rumors about her boyfriend of six years on her new song “Lavender Haze,” the opening track from her new Midnights album, which was released at midnight on Oct. 21, and the lyrics may only make things more confusing for fans.

The song, which features a co-writing credit from Zoë Kravitz, is undoubtedly an ode to love and surviving negativity, but it calls those constant engagement reports into question. “All they keep asking me is if I’m gonna be your bride,” Swift sings in the second verse. “The only kind of girl they see is a one night or a wife.” Swift is likely commenting on the speculation around her potential engagement to Alwyn, 31, and how society judges women in terms of relationships, rather than confirming or denying the rumors.

READ NEXT: Joe Alwyn Co-Wrote “Sweet Nothing” On Midnights

Swift previously revealed inspiration behind “Lavender Haze” in an Instagram video, saying that she first heard the phrase in an episode of Mad Men. “I looked it up because I thought it sounded cool and it turns out that it’s a common phrase used in the ’50s where they would just describe being in love,” Swift explained. “Like if you were in the lavender haze, then that meant you were in that all-encompassing love glow, and I thought that was really beautiful.”

Swift made her references clear by nodding to the ’50s in the chorus and singing about how public negativity will not diminish her and Alwyn’s “love glow,” picking up on themes that she previously explored on her 2017 album Reputation. “I guess, theoretically, when you’re in the ‘lavender haze,’ you’ll do anything to stay there, and not let people bring you down off of that cloud,” Swift said. “Like my relationship for six years we’ve had to dodge weird rumors, tabloid stuff, and we just ignore it. So this song is about the act of ignoring that stuff to protect the real stuff.”