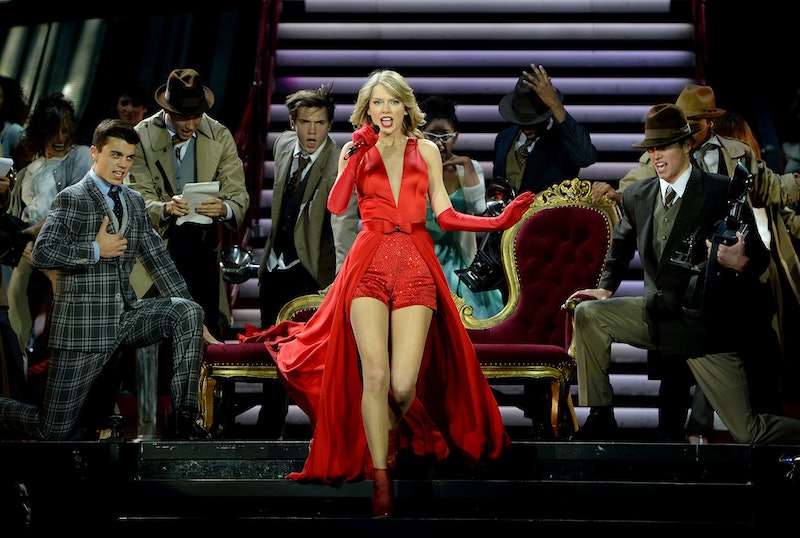 While re-recording her albums, Taylor Swift has brought back many of the musicians and collaborators who helped create her beloved songs, including bass player Amos Heller, backup vocalist Caitlin Evanson, and her years-long touring band. But one familiar face is nowhere to be found on the Nov. 12 release of Red (Taylor’s Version): Nathan Chapman, a frequent producer on Swift’s first four studio albums. Chapman, who notably co-produced and provided background vocals on the original 2012 version of “All Too Well,” also didn’t return for Fearless (Taylor’s Version) in April, with Swift and Christopher Rowe handling production of the new recordings.

Why is Chapman missing on Taylor’s Version releases? Swift has never given a reason for Chapman’s absence, but fans suspects it may involve his relationship with her former record label. He still produces songs for artists on Swift’s former label Big Machine Records, Variety reported in February. Whether Swift invited him to contribute or not is unknown, but it would have been a likely conflict of interest if he worked on re-recordings of songs that he originally co-produced along with Swift while she was signed to that label. Swift is now signed to Republic Records.

Chapman also worked on the debut EP of 17-year-old singer Callista Clark, who Big Machine is marketing as the next breakout female country star, much like they did with Swift in 2008. Clark’s EP just happened to be released on Feb. 12, the same day as “Love Story (Taylor’s Version),” and Clark just happens to be managed by Scooter Braun, who sparked Swift to re-record her music.

The reason why Swift is re-recording her first six albums is because Big Machine founder Scott Borchetta sold the label to Braun in June 2019, a purchase that included the master recordings of Swift’s first six studio albums. Swift spoke out against the deal in a Tumblr post, saying she left Big Machine because she was denied the opportunity to buy her masters outright and expressing how disappointed she was by Borchetta for selling them to Braun, citing incidents of “incessant, manipulative bullying” by the Braun and his clients Justin Bieber and Kanye West.

“When I left my masters in Scott’s hands, I made peace with the fact that eventually he would sell them,” she wrote. “Never in my worst nightmares did I imagine the buyer would be Scooter. Any time Scott Borchetta has heard the words ‘Scooter Braun’ escape my lips, it was when I was either crying or trying not to. He knew what he was doing; they both did. Controlling a woman who didn’t want to be associated with them. In perpetuity. That means forever.”

READ NEXT: The History Of Taylor Swift’s “All Too Well”

Swift is diminishing the popularity of her original albums by giving fans new versions of her entire Big Machine catalog that will not benefit the label or Braun. Any sale or stream of a Taylor’s Version album is a loss of revenue for Big Machine, but the label still earns money from listeners who buy or stream her original albums. It makes sense that Chapman, who still works with Big Machine, would refrain from contributing to songs that directly impact the label’s financial standing. But to Swifties, it just makes room for the collaborators who have stayed loyal to Swift.