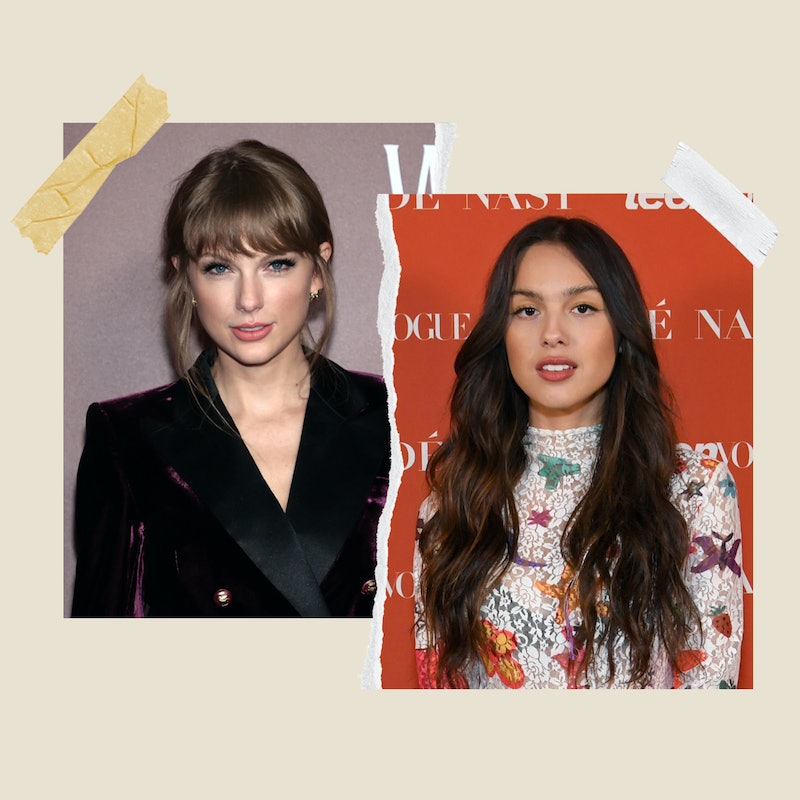 It’s been two weeks since the 2022 Grammy nominees were announced, and now the Recording Academy is going back and revoking some of the nominations. Taylor Swift, Jack Antonoff, and Annie Clark (aka St. Vincent) were all previously nominated as songwriters on Olivia Rodrigo’s Sour, which is up for Album of the Year. But according to The New York Times, they were only included in the nomination because of a “submission error,” which has now reportedly been rectified.

Per Daily Mail, Swift, Antonoff, and Clark were originally recognized by the Recording Academy as full songwriters on Rodrigo’s track “Deja Vu.” However, none of them were actually involved in the songwriting process and only received credit because of some similarities to Swift’s “Cruel Summer.” As it turns out, “Deja Vu” was simply an interpolation of Swift’s 2019 hit, and according to the official rules, songwriters of interpolated tracks are not eligible to be nominated.

The Recording Academy officially announced that Swift, Antonoff, and Clark were removed as nominees for Sour in a statement on Sunday, Dec. 5. “Last week, we received the correct credits from the label that recognize Annie Clark, Jack Antonoff and Taylor Swift as songwriters of an interpolation on the track, ‘Deja Vu,’” the statement said. “In keeping with current Grammy guidelines, as songwriters of an interpolated track, Clark, Antonoff and Swift are not nominees in the Album Of The Year category for Sour.”

For the uninitiated, interpolations are songs that use another song’s melody, or parts of another song’s melody. But rather than sampling the track by including a portion of the original recording, the artist will re-record the melody and sometimes change the lyrics. “Deja Vu” isn’t the only interpolated track on Sour. Swift and Antonoff were also credited as songwriters on “1 Step Forward, 3 Steps Back,” which rearranges notes from Swift’s 2017 ballad, “New Year’s Day.”

“We interpolated ‘New Year’s Day,’ which is Taylor’s song from Reputation,” Rodrigo said in a May interview on the Zach Sang Show. “I came up with the ‘1 Step Forward’ concept and I sort of wrote a verse and a chorus. I was in the car on a road trip, and when I got home, I decided to sing it over the chords of ‘New Year's Day.’ I think they're really beautiful chords. I was lucky enough to get that approved, and it’s on the record.”

It shouldn’t come as a surprise that Rodrigo has interpolated several Swift tracks. In addition to fangirling over the pop star on TikTok, the “Good 4 U” singer called Swift her “biggest idol and biggest songwriting inspiration” on The Travis Mills Show last February. Now, both of them are nominated for Album of the Year at the Grammys. And although Swift’s Sour nomination has been revoked, there’s still a chance she can still walk away a winner thanks to 2020’s Folklore sister album, Evermore.

As it turns out, the changes that were made with this year’s nominations are fairly common. Per the Grammy Awards website, “the Recording Academy makes adjustments to the nominations list as necessary after the list is first published.” These changes may include “spelling corrections, title modifications, and the addition of nominees who were not included in the original submission, among other revisions.”

Something unusual did happen this year, though. On Dec. 6, Variety reported that, despite submitting his work for consideration, Drake withdrew his two nominations. The rapper was up for Best Rap Album for “Certified Lover Boy,” and Best Rap Performance for his song “Way 2 Sexy.” It remains unclear why he decided to withdraw, but according to Variety, the Grammys have honored his request.