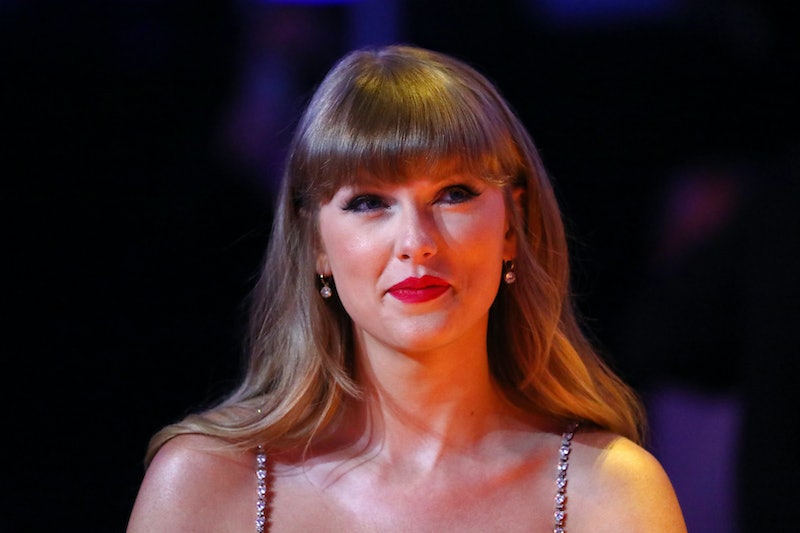 Swifties, wake up: Taylor Swift just updated her Instagram story. No, she didn’t announce her next re-recorded album (it has to be 1989... right?), but she did share her thoughts on Warner Bros. Pictures’ latest hit, The Batman — and she had nothing but praise for one performance in particular.

“@zoeisabellakravitz IS THE CATWOMAN OF DREAMS,” Swift wrote in a March 6 update, sharing a snap from a screening of the film. “The Batman was PHENOMENAL!!!” Swift is definitely not alone in loving the new DC film, which has already had the highest-grossing opening weekend of 2022 — and the second-best during the whole pandemic period, per Variety.

It makes perfect sense that Swift gravitated toward Zoë Kravitz’s portrayal of Selina Kyle, aka Catwoman. For starters, Swift is a proud cat mom who loves all things feline. Plus, both women are now bonded by the fact that they’ve sipped milk from saucers to prepare for a part — hi, Cats (2019) — and hey, there’s something really special about that. But on a deeper level, Swift and the High Fidelity star have actually been friends for quite some time. Back in 2016, the pair was photographed hanging out along with Karlie Kloss, Cara Delevingne, and other celebrities during Swift’s “Season of the Squad,” as Vanity Fair put it.

They connected more recently during the pandemic, too — in fact, Swift might have played an important part in keeping Kravitz safe and socially distant during filming for The Batman. Swift helped Kravitz with a remote photo shoot for The New York Times Magazine’s “Best Actors” issue, as the publication’s editor in chief, Jake Silverstein, told Women’s Wear Daily in February 2021. “Zoë was being very strict about it anyway because she’s shooting a movie,” he said, referring to the project we now can pretty safely guess was The Batman. “And Taylor Swift was in her pod and willing to assist.” The singer took direction from photographer Christopher Anderson to help him get the shots and camera angles he wanted.

Anderson later thanked Swift for her help during the shoot in an Instagram post featuring an outake, as Vanity Fair reported. (Basically, very “You’re doing amazing sweetie!” à la Kris Jenner.) From virtual photo shoots to five-star reviews, it’s clear Swift and Kravitz are in it for the long run.

More like this
Taylor Swift Calls Dwayne Johnson "The Man" After Revealing New "Taylor's Version" Song
By Jake Viswanath
Taylor Swift & Her Mom Clap Back Against The “Shake It Off” Plagiarism Lawsuit
By Jake Viswanath
Christina Perri Had No Idea Her 'Twilight' Song Is On YouTube's Top 100 Chart
By Radhika Menon
Lady Gaga Will Star In 'Joker: Folie À Deux' With Joaquin Phoenix
By Jake Viswanath
Get Even More From Bustle — Sign Up For The Newsletter