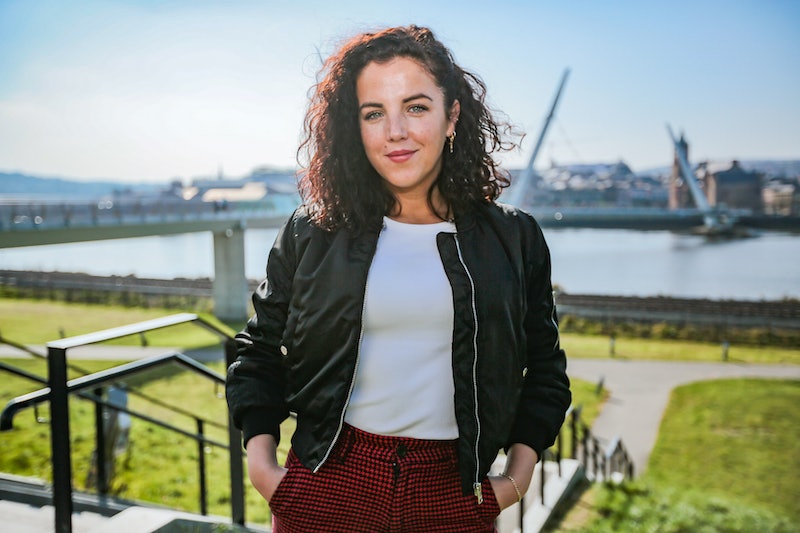 Loved nationwide as the gutsy Michelle Mallon, now the Derry Girls star Jamie-Lee O’Donnell is bringing the real city to our screens. Channel 4’s The Real Derry: Jamie-Lee O'Donnell explores the Troubles and how they shaped the Northern Irish city we know today, especially for younger generations “who still live with the impact of the Troubles”. The actress will look back at her Catholic upbringing in the ‘90s during the 45-minute documentary special, while students from her former high school will speak on today’s Derry. So here’s everything to know about The Real Derry: Jamie-Lee O'Donnell.

Part of the synopsis for the documentary reads, “Viewers will hear from real Derry girls, students at Jamie-Lee’s old school, about the regeneration of the city and why, despite this, many young people feel that they need to leave Derry to gain new skills and experiences.”

And in a Channel 4 statement, commissioning editor Daniel Fromm explained that “Derry Girls has brought the city to national prominence, now this film gives a voice to a new generation of its young people, so they can tell us what it’s like to grow up there in 2022.”

The Battle of the Bogside (a Derry inner suburb) is often cited as a contributing factor in sparking the 30-year conflict in 1969, with events that became known as Bloody Sunday taking place here too. Also known as the ‘Bogside Massacre’, unarmed protesters were shot at by British soldiers on Jan. 30, 1972, killing fourteen people. Between the late ‘60s and ‘90s, tensions between Northern Irish nationalists and unionists were rampant, which escalated to violence.

The height of the violence stopped with the Good Friday Agreement in 1998, but divides between groups in Northern Ireland can still be felt today. The Real Derry executive producer Patricia Carroll said, “Fiercely proud of her home city, Jamie-Lee is the perfect person to explore Derry's past and share her hopes for its future.”

The Derry Girls finale aired on May 18 and now fans will get to know more of the real story of Derry with O'Donnell.

Channel 4 announced it had commissioned The Real Derry: Jamie-Lee O'Donnell on May 24, 2022. It’s yet to confirm a release date for the documentary or a trailer. But watch this space for updates.