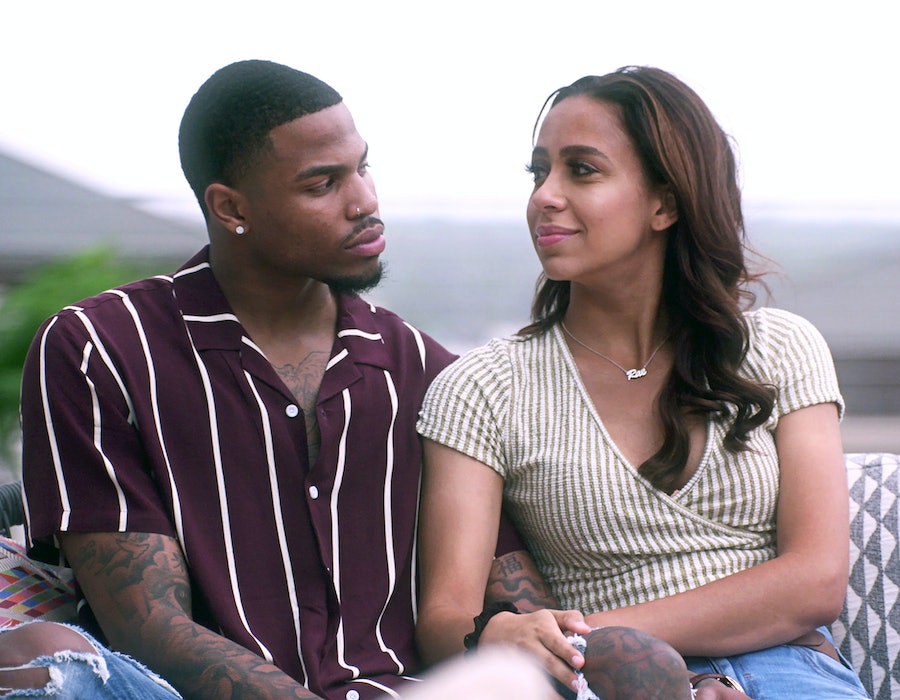 The new Netflix series The Ultimatum: Marry Or Move On wastes no time in putting contestants’ relationships on the chopping block. “Fear of commitment almost always boils down to the exact same question: Is there someone else out there who might be a better fit?” host Nick Lachey asks the cast in Episode 1.

The show’s premise is as chaotic as its title makes it sound: Six couples, each of whom have been together for a number of years, are there because they disagree on whether they’re ready to get married. The show aims to resolve this by giving them each a new partner to live with in a “trial marriage” for three weeks, then pushing them to get engaged to either their new partner or their original one. “We want all of you to leave here engaged with the person you want to spend your life with — the right person for you to marry,” Vanessa Lachey tells the couples during Episode 1. In other words, a show about “exploring your options” is actually a show about committing to one person for life.

Sound familiar? The Ultimatum’s focus on monogamy — while using polyamory to create drama and move the plot forward — strikes an ironic chord similar to that of The Bachelor franchise, television’s most famous (and famously messy) reality dating show. Both shows put traditional marriage on a pedestal and recruit contestants who ascribe to that ideal, then ask them to practice non-monogamy in service of ultimately finding “the one.” It’s what keeps things interesting for viewers, but it can also become the thing that destroys the relationships these shows purportedly want to build.

The most recent season of The Bachelor is a prime example of how the show’s structure can become its own worst enemy. Bachelor Clayton Echard, who frequently talked about his desire for a wife and family (and even sent home a woman after finding out she’d had a friend with benefits) fell in love with Susie Evans, a woman who vocally wanted the same things. The breaking point came when Evans realized she was uncomfortable with Echard having sex with other contestants — not a stretch for someone mere weeks away from making a traditional, monogamous marriage commitment.

But Echard, who believed that “fully exploring” his options was a normal and expected part of his journey as the Bachelor (and was likely encouraged by producers to do so), wasn’t on the same page. Based on the show’s premise, that’s also not an unreasonable point of view. “While it is not a stretch for someone to get upset at the idea of their partner sleeping with other people, it is also not a stretch for one person to date multiple people to find love, to sleep with, and find connection with multiple people,” Kamil Lewis, LMFT and sex therapist with The Expansive Group, tells Bustle. The problem wasn’t the polyamory, but the misaligned expectations inherent in the show’s structure.

Rachel Wright, LMFT and psychotherapist specializing in sex and relationships, agrees. “The Bachelor is a non-monogamous show for monogamous people to compete for monogamy while being non-monogamous,” Wright tells Bustle. “It sets up monogamy as the ultimate goal by having the framework of the show be to ‘pick one’ after dating multiple people all at once.” While this is common in the real world, it’s not usually done on an extremely accelerated timeline, with all the people someone is dating living together in one place and having to watch as their non-monogamous partner dates other people on national TV.

The Ultimatum encounters similar pitfalls in a different way: by encouraging marriage among people who clearly aren’t ready for that step. “The only thing scarier than losing you right now would be to marry you,” one contestant says to their long-term partner in Episode 1. Instead of allowing the couples to work through their issues in a substantive way (couples therapy might be a good start), the show simply pairs them with another possible match, then asks them to compare and choose person one to commit to. “Choosing between two people is not ‘exploring options,’” Wright says. “The paradox is anxiety-provoking and glorifies long-term monogamy as the ultimate or best type of relationship.” Non-monogamy, rather than being presented as a viable relationship structure for some people, is seen instead as a vessel to send people right back into monogamy — the show’s ultimate ideal.

The real problem, Lewis says, is that these shows are based in non-monogamy while also shaming it. “There is a message that if you really love someone, they will fulfill all your needs, and there is no way for you to be ‘distracted’ by other people and connections,” she says. “There is also a message of nobility in that if you fight through temptation, then your relationship is substantiated.”

It doesn’t help that these shows are already largely based on straight, cisgender dating habits. Attempts to shoehorn LGBTQ+ contestants into heteronormative show structures can end up looking lazy at best, and stereotypical and discriminatory at worse. The US, UK, and Australian versions of Love Island have all featured bisexual female contestants who briefly courted another woman — throwing off the show’s heterosexually-driven “recouplings” by leaving an extra male Islander single — before ultimately going back to a man. Bachelor in Paradise’s inclusion of Demi Burnett and Kristian Haggerty’s relationship in Season 6 also threw that show’s structure for a loop — Burnett once joked she wasn’t sure if she should give out roses with the men or the women — and was criticized for its gratuitous use of a gay couple to boost the appearance of inclusivity on the still-conservative-leaning franchise. The Bachelor franchise hasn’t shown another non-hetero relationship since 2019.

There have been a few exceptions to the traditional straight, monogamous structure of reality dating shows — Season 8 of Are You The One? featured a pansexual cast, and Showtime aired a polyamorous reality series called Polyamory: Married & Dating from 2012 to 2013 — but for the most part, reality TV has failed to show queer and non-monogamous relationships with nuance.

Lewis believes there’s potential for non-monogamy to be explored on TV in a more useful and destigmatizing way. “Shows like this have the potential to be interesting and open up a dialogue about non-monogamy because dating in itself is often non-monogamous in nature,” she says. Breaking free of heteronormativity may be a good start toward showing more non-traditional relationships on screen. The Ultimatum, which has been renewed for a second season featuring an all-queer cast, will likely still worship marriage as the end goal — but at least it will be a different view of marriage than viewers saw in Season 1. And hopefully at some point, we’ll start to see more non-traditional love stories that don't always have to end with an engagement ring.