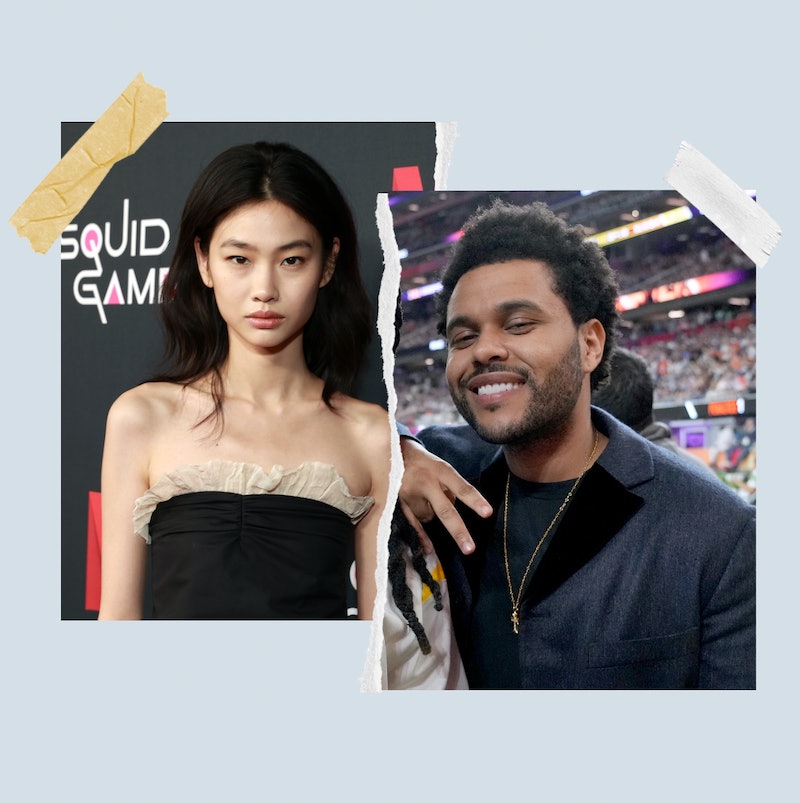 The third single from The Weeknd’s Dawn FM album finally has a music video, and that visual for “Out of Time” features Squid Game breakout star Jung Ho-yeon and longtime comedian Jim Carrey. In the video, The Weeknd meets Ho-yeon’s character in a chance encounter in an elevator, and they end up spending the evening together drinking, laughing, and singing along to the breakup song about second chances inside a karaoke room.

At one point, Ho-yeon and The Weeknd steal the karaoke machine and run off with it, galavanting through what appears to be an empty hotel. They’re seemingly falling fast in love, but things take a somewhat dark turn at the end, when the older version of The Weeknd, who the musician has featured throughout the promotion of Dawn FM, finds him. The Weeknd ends up on a gurney in an operating room, with Carrey’s character applying some sort of face mask. It’s eerie, and there’s a possibility the Canadian singer-songwriter will continue this storyline in a future music video.

The Weeknd began teasing the “Out of Time” video weeks ago. On March 13, he took to his Instagram to post a photo with the name of the song and a handwritten note from an unknown person reads, “Abel! Looking forward to shooting another one with you today! Have a great day.”

Previously, The Weeknd began rolling out music from his new album in August 2021, when lead single “Take My Breath” was released. On the same day Dawn FM came out in January 2022, he selected “Sacrifice” as the second single. “Out of Time” became a charting hit the week after Dawn FM dropped, peaking at No. 32 on Billboard’s Hot 100 chart.

On the same day the “Out of Time” video came out on April 5, The Weeknd also scored new plaques from the RIAA (Recording Industry Association of America), which certifies when songs and albums have gone gold, platinum, and beyond. Eight of his popular tracks collected new awards, with two advancing to diamond status for the first time, meaning they have shifted at least 10 million equivalent units in the U.S. alone. He is now one of a very small number of artists who have snagged three diamond songs, with “Blinding Lights” and “Starboy” with Daft Punk joining his earlier hit “The Hills.”