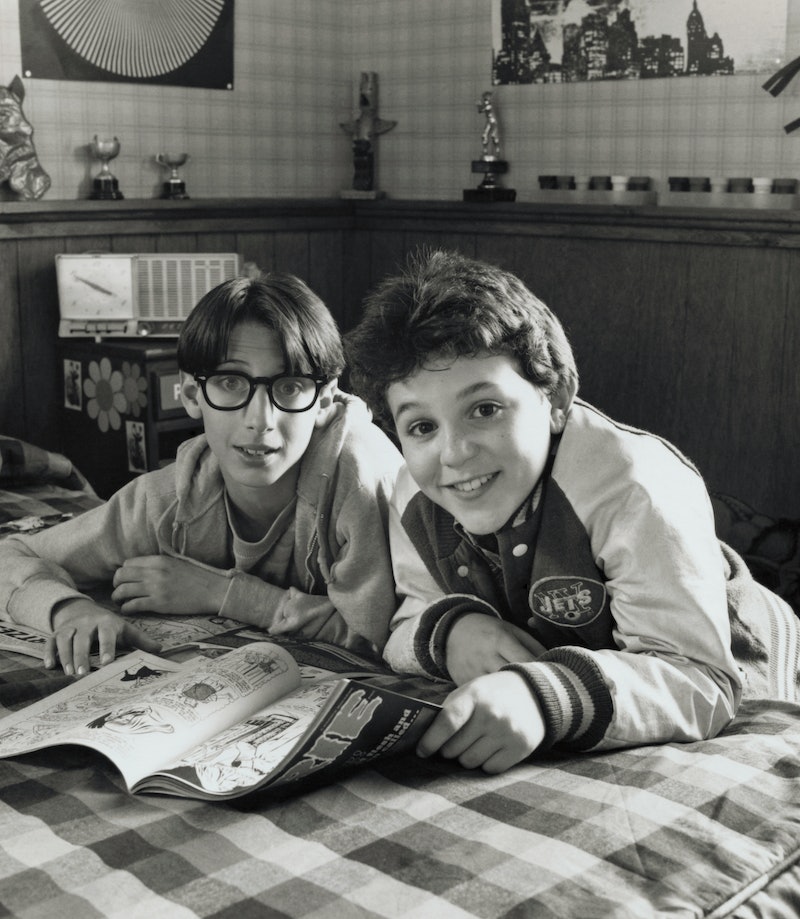 From Sex and the City to The Mighty Ducks, the slate of recent and upcoming reboots is a testament to the power of the nostalgia trend — and the next reimagination to add to your list is based on a show that inspired Wandavision and frequently confronted viewers’ rose-colored glasses head-on. It’s The Wonder Years, and the familiar story of a boy and his family growing up in the late 1960s is getting a pilot at ABC. While the setting may be 50 years removed from our current reality, some very familiar faces from today will be helming the project, onscreen and behind the scenes. Here is everything we know about The Wonder Years reboot so far, including its cast, plot, trailer, and release date.

While set in the same time period as the original series, the new project will not necessarily re-tread old territory. Instead, it will explore “how the Williamses, a Black middle-class family in Montgomery, Alabama, in the turbulent late 1960s made sure it was the wonder years for them too,” according to Deadline.

Per the report, one of dad Bill Williams’ central goals in the series is for “his family and their Black, middle-class neighborhood to remain self-sufficient, and he puts his money where his mouth is.” The report also notes that Bill is “a music professor by day and a funk musician by night.” At the heart of the show is Dean, who seems to lean on his friends and family for advice while growing up.

It takes a special group to tackle a series as iconic as The Wonder Years. In addition to being written by Saladin Patterson (who most recently produced Dave on Hulu), Lee Daniels and the original series’ Kevin Arnold and Fred Savage will produce and direct, respectively.

Dulé Hill, well-known for his work on Psych, and Saycon Sengbloh from In the Dark will play the Williams parents. Elisha “EJ” Williams will star as Dean and will be joined by Milan Ray as his crush, Keisa, and Amari O'Neil and Julian Lerner as friends Cory and Brad. Laura Kariuki will play Dean’s sister, Kim.

The most recent cast addition won’t be on screen — just like with the original series, this The Wonder Years will feature a grown-up Dean narrating his past life events. The narrator role, announced on March 26, will go to Don Cheadle, most recently known for his work in the MCU as Rhodey (aka War Machine) and his award-nominated performance in Black Monday.

Deadline reported the series received a pilot production commitment for the 2020-21 TV season on ABC, The Wonder Years’ original home — and on May 18, the network released a first look teaser. The clip, ushered in with Joe Cocker’s familiar “With a Little Help from My Friends,” featured narration from Cheadle and footage of the characters at home, at school, and the local baseball field.

“It’s the little things that you remember all your life,” Cheadle, as grown-up Dean, says. “Your first hit, your first kiss, the first time your dad lets you know that he sees you. Well, I still hadn’t had the other two but boy, did that third one feel good.”

One significant clue that filming was underway: In March, Patterson had posted on Instagram that he and Savage were taking a road trip to Opelika, Alabama, the state where the reboot takes place.

This post will be updated with the official trailer, release date, and additional plot details as more information on The Wonder Years reboot becomes available.

More like this
Netflix Shut Down 'Bridgerton' S3 Rumours About A “Very Dark” Storyline
By Bustle
'Friends' Star Maggie Wheeler Offers Support To Matthew Perry After Reading His Memoir
By Alyssa Lapid
Anne Hathaway Shared A "Thrilling" 'Princess Diaries 3' Update
By Darshita Goyal
Twitter Simply Couldn’t Cope With The ‘Happy Valley’ Finale
By Sophie McEvoy
Get Even More From Bustle — Sign Up For The Newsletter
From hair trends to relationship advice, our daily newsletter has everything you need to sound like a person who’s on TikTok, even if you aren’t.