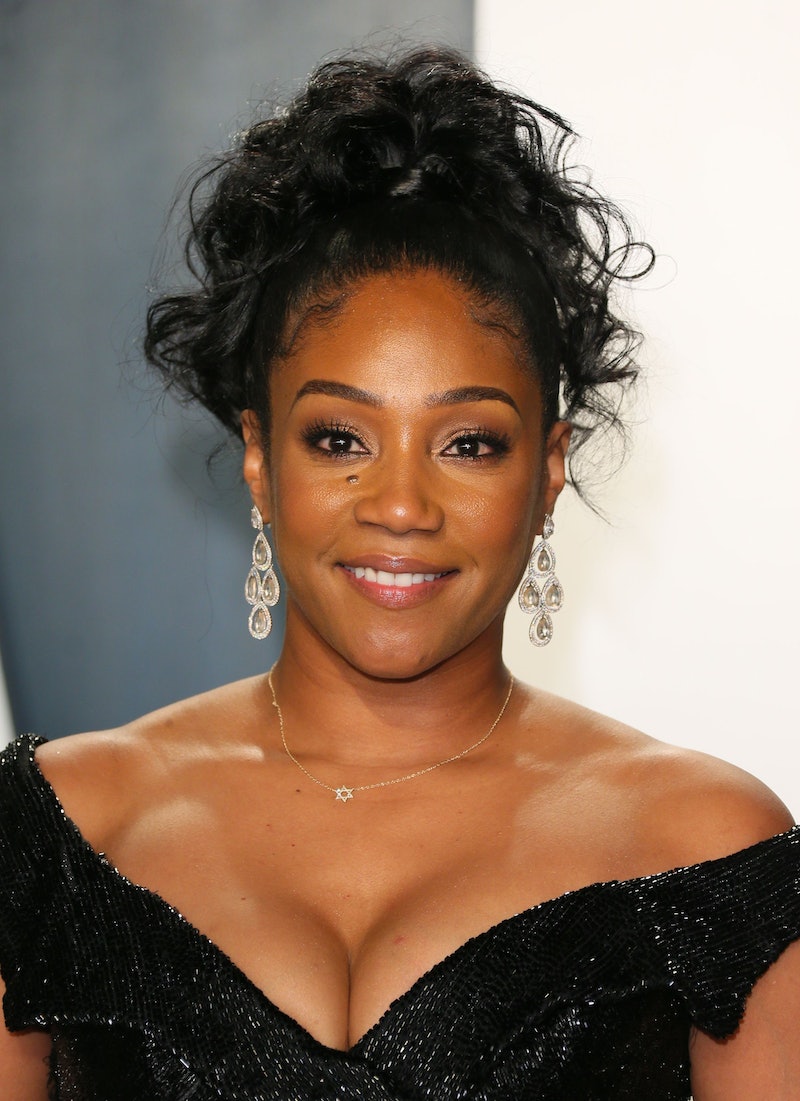 During an interview with Dr. Anthony Fauci shared on her YouTube channel, Tiffany Haddish revealed that she tested positive for COVID-19, though she has since recovered and is no longer positive for the virus. While speaking with the director of the National Institute of Allergy and Infectious Diseases, the comedian and actor explained that she has been tested for the novel coronavirus over ten times, due to her busy work schedule.

"I was working on a movie and someone in the movie contracted coronavirus," Haddish recalled. "I was not in direct contact with them, but they sent all of us home, we stopped the movie. They suggested I go get tested. I got tested, got the results back two days later, they said I didn’t have the coronavirus." However, when she later discovered that someone else she knew had tested positive for COVID-19, Haddish was tested once again, to see whether or not she had contracted it.

"[I] get the tests the second time. I’m not feeling any symptoms or anything, and it comes back like two days later, and they said I did have the coronavirus," she said, adding that though she felt fine, she decided to remain in quarantine with her pets, just to be safe. "Then I went and tested again, didn't have the virus, and then I got tested for antibodies, they said I had antibodies. That was three months ago."

In the months since that antibodies test, Haddish has not tested positive again for the virus — or for the antibodies that the virus can produce, which she was slightly upset about. "I’ve been tested 12 times now because I’ve been working and everything," she explained. "[So] I get tested again, no virus, and then I had them test me for antibodies again, and then they said I don't have any antibodies. So I think I'm superhuman." (For the record, Fauci noted that while Haddish is superhuman, her powers are "unrelated" to whether or not she has antibodies.)

During their conversation, Haddish asked Fauci about some of the biggest misconceptions about the novel coronavirus, as well as the best ways that she and the people watching, could continue to protect themselves against COVID-19. "Sit a certain distance away and avoid crowds," he said, explaining that wearing masks and practicing social distancing are the best way to avoid contracting and spreading the illness to other people. Fauci also recommended people "lead a healthy life" and take care of themselves and their bodies, advising that rather than looking into things to "boost" their immune system, they should instead, "get good sleep. Exercise. Those are the best things that are so much better than a bunch of herbs that really have never really been shown to do that."

"Wear your mask. It is a fact, and it is the right thing to do," Johnson said in this video. "It's the responsible thing to do, not only for yourself, but for your family and your loved ones and also for your fellow human beings. ... I do not want you or your entire family to get COVID-19. Use me as your example."