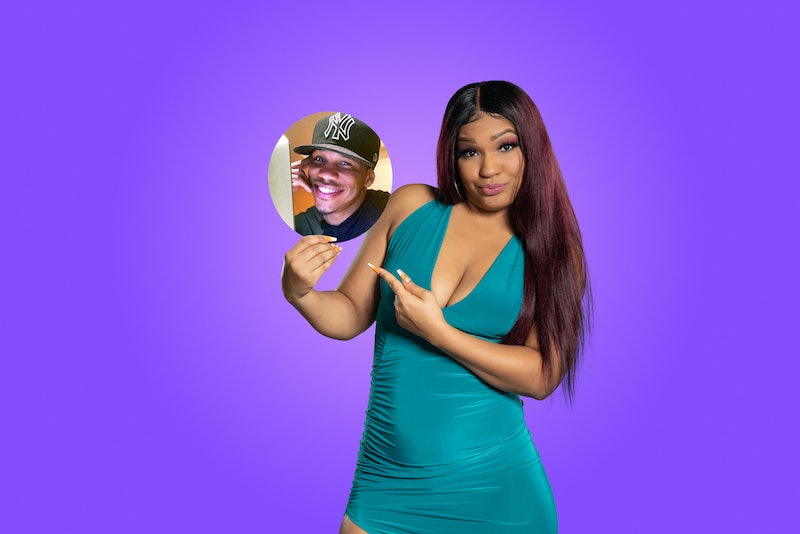 Ben Blackall/Netflix
By Gretchen Smail
May 11, 2022

Playing as her husband, Trevor, DeLeesa St. Agathe dominated The Circle Season 2, winning her the grand prize of $100,000. “I had my game plan set,” she told Bustle in 2021. “If I want to go far and I really want to win this money — and not just be on TV on a game show — I’m gonna do what I need to do.” She came in with a detailed notebook of Trevor’s interests and embellished his background a little; rather than being a doting husband, he was a good-natured single father who was able to emotionally connect with the female contestants. DeLeesa’s Trevor was so sweet that he had fellow contestant Chloe falling for him, while the other players struggled to keep up with his clever gameplay.

Now in Season 4, The Circle is reintroducing us to Trevor — only this time, it’s the real man behind the profile photo. “I know you guys are trying to figure out where you know this face from, but it really is me, the real Trevor,” he announced in his Episode 7 introduction. He explained that he and DeLeesa made a bet: If DeLeesa’s “Trevor” won everyone over, could he also win it all by coming in as a different catfish?

Playing as DeLeesa’s friend Imani, Trevor believes he absolutely can. “One hundred percent that money is coming home with me,” he said. “DeLeesa may be the queen of The Circle, but y’all have finally met its king.”

As for what DeLeesa is doing now that Trevor is on The Circle, it looks like during filming — which likely happened around September 2021 — she was busy taking care of her two daughters, Toni and Tori. She threw a second birthday party for Toni, her firstborn, in September, and it does appear that Trevor was MIA at the time. “As much as I LOVE planning events, I always get overwhelmed, yet they always turn out better than I expected. I owe that all to my ‘village,’” she wrote in a Sept. 7 post. “The family (both sides which I’m so ever grateful for..btw my husbands family is my family so they’re DEF included whew AMEN for them), friends that have become family and everyone that even just shows up.” In a Sept. 19 post about Toni throwing a temper tantrum, she also noted, “I don’t know how single parents do it...God Bless you superhumans!!!”

DeLeesa has also continued her relationship with Netflix since winning the season. She often hangs out with her fellow The Circle Season 2 contestants and met the Season 3 contestants when they were doing a promo event in New York City last year. “My obsession with these people is real, my love for these people is realer!” she captioned an Oct. 9 photo featuring her with past Circle stars like Chris, Daniel, and Ruksana, at what appeared to be a Circle meet-up party (or perhaps a wrap party for Season 4). She’s even shown up to a Netflix casting call event in Georgia, where she moved after winning the season, and encouraged others to take the opportunity to star in a show like she did.

When she’s not hanging out with her Circle besties or doing family vlogs on her @itsthesaints Instagram account, she markets outfits from her clothing line, the Be Unique Shoppe. And, of course, she also posts how she’s still completely in love with Trevor, recently sharing a tribute to their love story that began in 2007 in college.

All in all, DeLeesa seems to be thriving, and surely she’s going to enjoy watching Trevor try to similarly catfish his way to the top of The Circle and hopefully win that final Influencer crown.