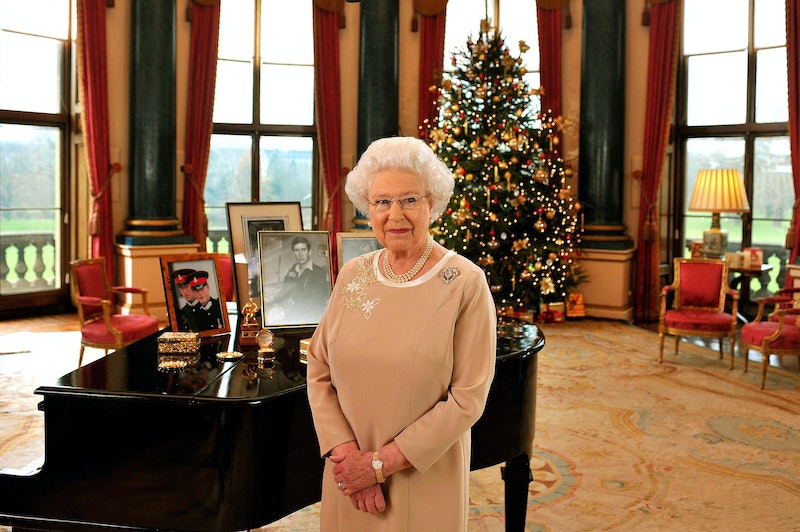 It’s a time honoured family tradition for most people to search through the Christmas TV guide and record their favourite selection of festive films to sit down and watch throughout the holiday season.

For most, films like Home Alone, Love Actually or Elf instantly make it to the top of the list. Or you may be a self-professed Netflix Christmas film lover. Whatever your tastes, there is one person whose favourite winter film has finally been accounted for. Yes, you guessed it - Her Majesty, The Queen.

As it was announced that the Queen would be cancelling royal Christmas plans due to the increasing severity of the Omicron variant - switching on the TV seems a good back-up plan. However the answer may surprise you.

Back in 2016, actor Brian Blessed was awarded an OBE for services to the arts and charity by the Queen and it seems they had a delightful conversation. Blessed, known for his role in the 1980 sci-fi classic Flash Gordon, as Prince Vulcan, was apparently asked by the Queen to say his famous catchphrase “Gordon’s alive”.

He told Yahoo Movies, “The Queen, it’s her favourite film, she watches it with her grandchildren every Christmas.” He also made an impression of her saying, “You know, we watch Flash Gordon all the time, me and the grandchildren. And if you don’t mind, I’ve got the grandchildren here, would you mind saying ‘Gordon’s alive’?”

Whilst Flash Gordon seems to be a firm holiday favourite, it has a rival for the top spot. Previous reports have indicated the Queen’s all round favourite movie is the 1989 rom-com Shirley Valentine. The film follows Liverpudlian Shirley, who travels to Mykonos and has an affair with the nearby tavern owner.

According to the writer of the film Willy Russell, “I was told it was Her Maj's favourite movie and the idea of her watching it really tickles me. I thought maybe she has thought about doing the same thing as Shirley!'”

HRH has had a difficult year following the passing of her husband, Prince Philip, and spending much of the past two years in isolation in Windsor Castle. And so it’s no surprise her TV and film watching habits are slowly being revealed to us.

Earlier this year, fans of the popular BBC One drama Line of Duty found out there was royalty in their midst. And there’s even been rumours the Queen is a fan of Britain's beloved fictional aristocratic drama Downton Abbey.