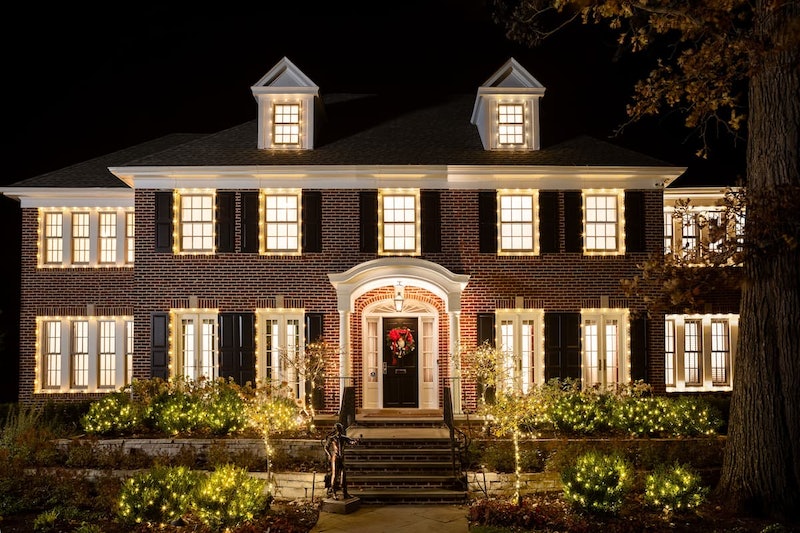 Chances are, not many of us watched Kevin McCallister ward off intruders in his vacant family home back in 1990 and thought, “God, I wish that were me.” But, with a new offer from Airbnb, you won’t have to be on your lonesome to enjoy the movie magic of spending a night in the Home Alone house.

Home Alone’s first-ever Airbnb experience gives up to four guests the chance to spend a night in the house where the film was shot in the Chicago suburb of Winnetka, Illinois. The listing’s write-up is written from the perspective of Kevin’s older brother Buzz McCallister as your host. (His identity is even verified on the site, despite being a fictional character.)

“While we’re away on vacation (all of us, this time),” Buzz writes in the description, “I’m inviting one crew of mischief makers to let their inner eight-year-olds run free in my childhood home on Dec. 12.” While most original Home Alone fans are probably well into adulthood by now, the listing’s nostalgic amenities are sure to bring out some childhood mischief in even the most mature of guests. (Plus, if you have any young ones who have become fans of the classic holiday franchise, or its recent Disney+ reboot — in which actor Devin Ratray reprises his role as Buzz — this is sure to bring the whole family together.)

Along with a fully decorated house and Christmas tree, the McCallister residence will offer plenty of junk food to snack on, including “Chicago’s finest pizza and a candlelit dinner of microwavable Kraft Macaroni & Cheese,” a lush green robe to wear while throwing on Mr. McCallister’s aftershave, and even booby traps for guests to set up in case of intruders. In honor of the first-ever Airbnb stay at the McCallisters’, the company is also making a donation to La Rabida Children’s Hospital, which cares for local patients in the Chicago area.

The offer follows a long string of Airbnb listings linked to memorable film and television locations. Just this month, Carrie Bradshaw’s New York City apartment was rented out for a one-night stay on Airbnb. Real shooting locations from Twilight, Harry Potter, Breaking Bad, and more are available to rent as well. Plus, fans have been going crazy over the Squuid Game HQ-lookalike Airbnb.

In short, it seems like Buzz is really pulling out all of the stops to get himself ranked as a Superhost. So, if you end up getting to spend the evening, leave a kind review, would ya? Airbnb has specified that this offer is not a contest, so it appears that all hopeful guests will have a fair shot at booking the experience when it becomes available on Dec. 7. Any travel to and from Chicago will not be covered by Airbnb, but the one-night affair will only run you $25. Keep the change, ya filthy animal.