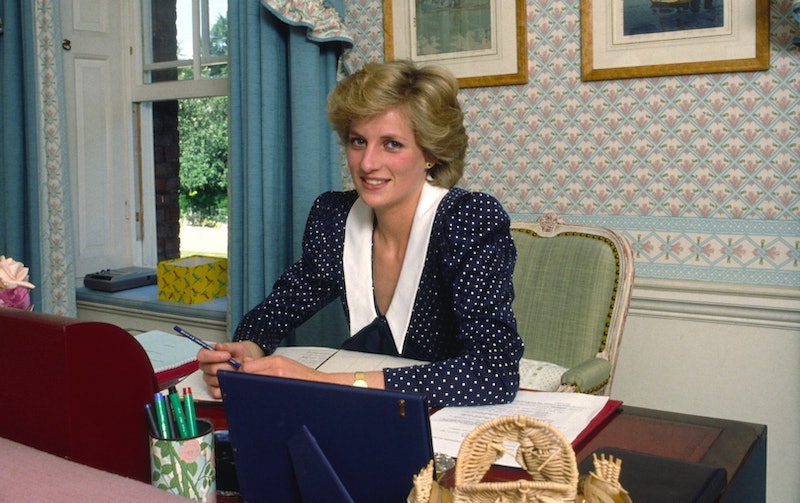 We all know that Princess Diana had a complicated relationship with the press – particularly the tabloids. The media was notoriously hard on her, reporting on every aspect of her life in minute (and often unfair) detail and publishing often scathing reports that intruded into the privacy of her life, even after she left the Royal Family.

During her funeral, her brother Charles Spencer revealed how Diana “talked endlessly” about leaving Britain “because of the treatment that she received at the hands of the newspapers.”

He said, “I don't think she ever understood why her genuinely good intentions were sneered at by the media, why there appeared to be a permanent quest on their behalf to bring her down. It is baffling.”

In the months leading up to her death, she appeared in tabloids and broadsheets almost daily, particularly in regard to her relationship with Dodi Fayed. However, despite her stance towards these particular papers, Diana was also reportedly an avid reader of them.

As journalist Mark Honingsbaum wrote it in The Spectator in 1997: “The Princess, like ‘the people’ who worshipped her, was addicted to the tabloid newspapers. One of her friends told me that each morning over breakfast at Kensington Palace, she would read The Sun, The Daily Mirror, The Daily Mail, and The Express, although not necessarily in that order.”

He added that, after reading the tabloids, Princess Diana would then tackle “the weightier and often far less apprising reviews of her activities in the broad-sheets,” referring to the papers like The Times, The Daily Telegraph, and The Financial Times.

Though she did read the papers extensively, she did so “out of necessity, not love,” Honingsbaum noted, in order to know what exactly was being reported about her each day. The journalist spoke to a man who met Diana at a party and saw her eyeing up a pile of newspapers. After the guest retrieved the papers for her, Diana read through them and commented, “Not a bad day for me,” presumably meaning that there were either not many stories about her that day or they were not as unflattering as they had been before.

British PR consultant and royal commentator Richard Fitzwilliams has previously told USA Today that “the relationship between Diana and the press was famously and fatefully symbiotic,” particularly after her death. The newspapers sold thousands of extra copies and special editions after her fateful car crash, with Royals biographer Katie Nicholls calling it “a roaring trade”.

To this day, the public and the media remain obsessed with Princess Diana and what her life was like both inside and outside of the Royal Family. She continues to be dubbed The People’s Princess and her short life has inspired numerous biopics, books, TV shows, and even a musical.

The Crown recently introduced Emma Corrin as Princess Diana, and Elizabeth Debicki will be taking over the character when season five airs in late 2022. The how will even be dedicating an entire episode to the Princess’ groundbreaking interview with BBC’s Martin Bashir, it’s been revealed.