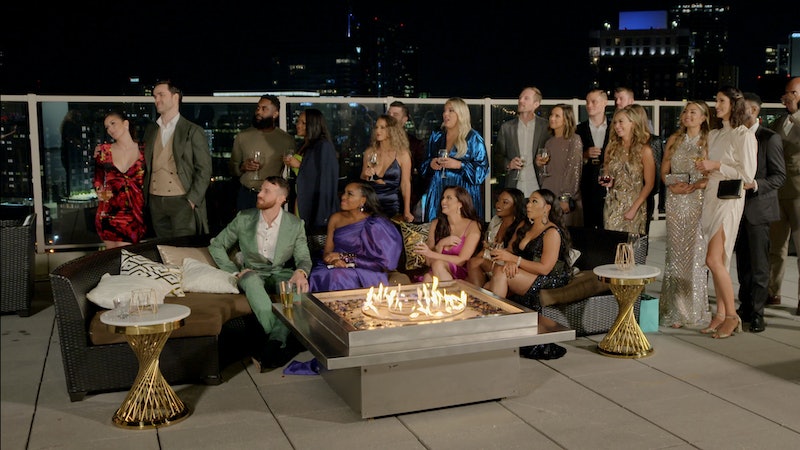 Over a year after fans watched daters fall in love without first seeing each other on Love Is Blind, the Netflix reality series is returning for a reunion special. Titled After the Altar, the three-part special will explore what’s happened to the Season 1 couples since filming wrapped in fall 2018.

The exact dates that the special was filmed aren’t entirely clear, but it’s set at the two-year anniversary party of Lauren and Cameron Hamilton and Amber and Matt Barnett, who both got married at the end of Season 1. Assuming the special was taped around their actual anniversary, you can reasonably assume filming took place in fall 2020 — specifically November, when they all posted anniversary tributes to each other.

“Happy 2nd Anniversary @need4lspeed !!!” Cameron wrote to Lauren at the time. “I’m grateful to have you as my partner every day, through the good and bad days. You motivate me to be my best and to make you as happy as you make me. I am so thankful for the family we have joined together and created, even Sparx 🐕 😆 our adventure is just beginning - I’m looking forward to at least a hundred more years together!”

Amber, meanwhile, wrote that she still “can’t keep [her] hands off” Barnett alongside a photo of the two on the beach in Antigua. “Happy 2yr Wedding Anniversary to my frustrating-crazy-sweet-handsome hubby. I LOVE YOU!”

As for the rest of the cast, both Jessica Batten and Mark Cuevas have moved on from their turbulent engagement. Jessica is now dating a foot and ankle surgeon, Dr. Benjamin McGrath, who she met while on a bike ride after moving to California. And Mark — who also briefly dated co-star Lauren “LC” Chamblain after the show — is engaged to a woman named Aubrey Rainey, with whom he welcomed a son, Ace, in April 2021.

Giannina Gibelli and Damian Powers haven’t officially announced a split, but given their tense interaction in the After the Altar trailer and the fact that they haven’t posted about each other on social media in months, it seems safe to assume they’ve broken up. Kelly Chase is now dating someone she met in middle school, while her ex-fiancé Kenny Barnes is engaged. Lastly, Diamond Jack and Carlton Morton are both seemingly still single and not on good terms, given Carlton’s recent Instagram post condemning Diamond’s reaction to learning that he’s bisexual on the show.

After the Altar premieres on July 28.