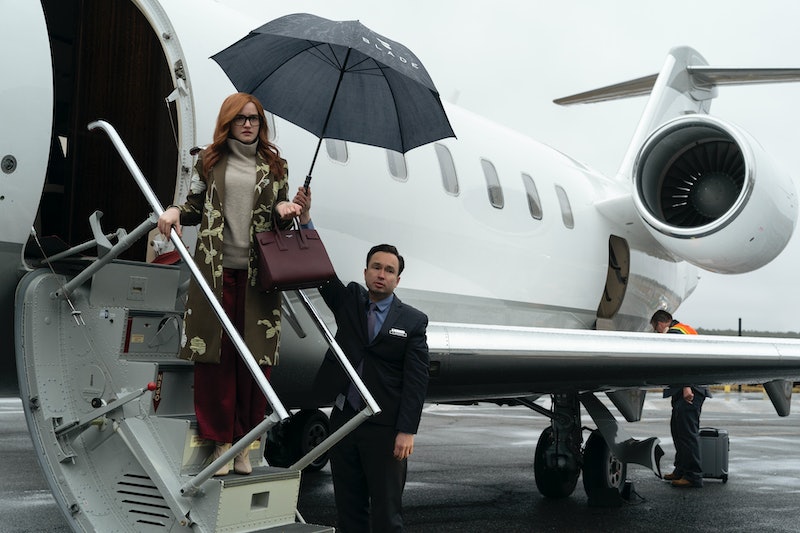 When Anna Delvey (a.k.a. Anna Sorokin) settled in New York in 2016, taking on the persona of a German heiress with a $60 million trust fund, the New York elite assumed her as one of their own. Until she defrauded them, hotels, and banks out of large sums of money. Now her story has been given the Netflix treatment with Inventing Anna, which portrays the dramatic story of Sorokin. Featuring some interesting new characters, as well as some based on real people, and a truly expensive wardrobe, the filming locations are also mind-boggling. But where was Inventing Anna filmed, exactly?

Naturally, being set in New York, most of it was, in fact, filmed in the Big Apple. There are shots across the city from Times Square to Bryant Park, Manhattan. External shots of Church Missions House at 281 Park Avenue South – which Sorokin wanted to turn into The Anna Delvey Foundation, and is now home to the museum Fotografiska – feature prominently, too. And filming also took place in the Snug Harbour Cultural Centre and Botanical Garden on Staten Island, where initial filming for Inventing Anna was first spotted.

In real life, Sorokin did a tour of a number of hotels across New York, the primary of which is 11 Howard, where she met hotel concierge Neffatari Davis, played by Alexis Floyd (The Bold Type) in the Netflix drama. However, she also hit The Mercer, The Beekman, W New York Union Square, and Le Meridien during her time as a fraudster, stacking up thousands of dollars of unpaid fees in the process. Inventing Anna itself films at a few of these spots, playing into the authenticity of the character and her world. However, there were a few key swaps, per Untapped Cities, including Queens House of Detention in Kew Gardens was used as the filming location of the Rikers Island scenes,

Per the Independent, filming began in Oct. 2019 and faced various production delays due to lockdown, meaning some additional scenes were shot in Los Angeles, California. Most specifically, the celebrity haunt that is Chateau Marmont.

Among the most far-flung destinations though is Morocco, and Marrakesh’s Hotel La Mamounia. this is famously where Rachel (based on IRL Rachel DeLoache Williams) is left footing a $62,000 bill.

More like this
A New Netflix Doc Will Explore The Unsolved Murder Of Jill Dando
By Sam Ramsden
Helena Bonham Carter Doesn't Think 'The Crown' “Should Carry On"
By Sam Ramsden
Everything To Know About The 'Daisy Jones & The Six' TV Series
By Maxine Harrison and Brad Witter
'Brookside' Is Coming Back & Soap Opera Fans Are Going Wild
By Sam Ramsden
Get The Very Best Of Bustle/UK
Sign up for Bustle UK's twice-weekly newsletter, featuring the latest must-watch TV, moving personal stories, and expert advice on the hottest viral buys.