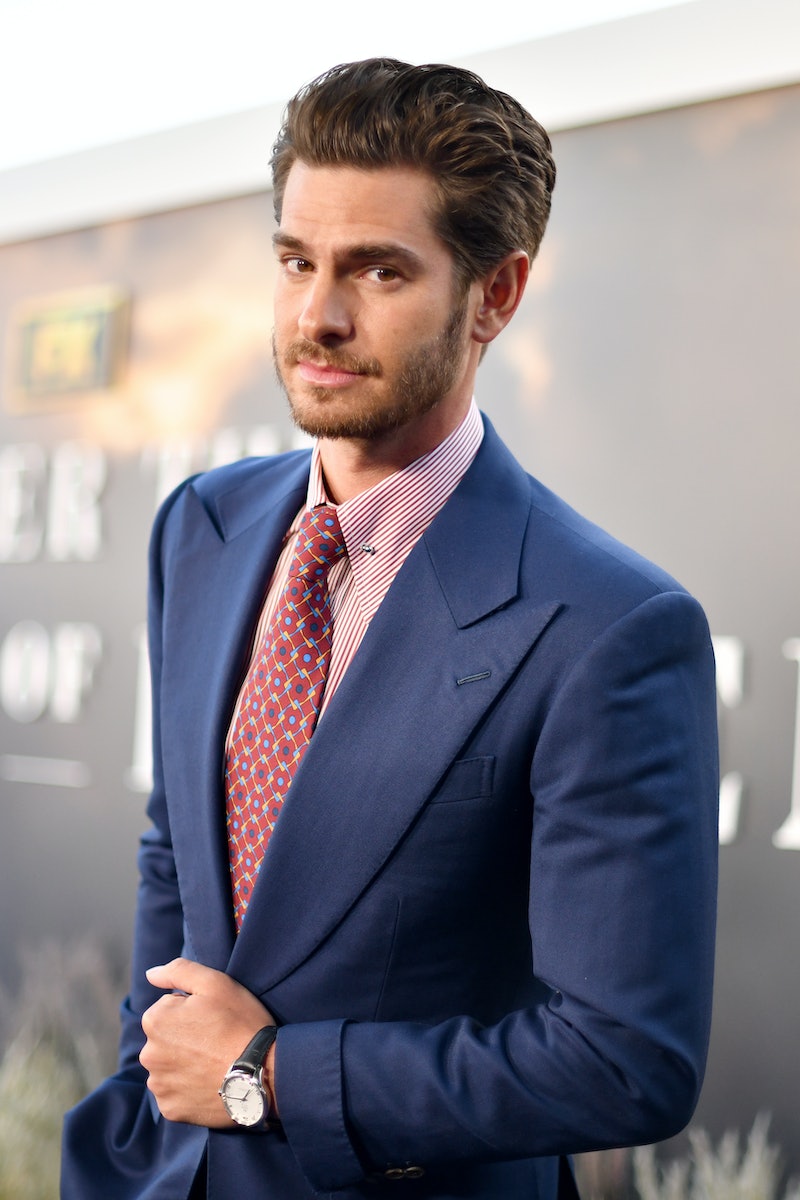 It’s safe to say Andrew Garfield has been the object of many a crush for some time now — but between his Oscar-nominated turn in tick, tick... BOOM!, secret role in Spider-Man: No Way Home, and his new FX/Hulu limited series, Under the Banner of Heaven, interest in the actor’s personal life is reaching new heights. So if you’ve found yourself wondering who Garfield is dating, you’re not alone.

You shouldn’t count on him soft-launching a partner on social media (he doesn’t actually have any, unless you count his “creeper accounts”). Garfield is a pretty private person — as he told Bustle last year, he’s “not in the public eye to a great degree because [he’s] designed it that way for [himself].”

With all that being said, the actor isn’t so private that you’ll never spot him out and about with a significant other. As E! News reported, Garfield was photographed on Feb. 13 leaving a tennis court and holding hands with model Alyssa Miller. It wasn’t their first tennis outing, either. According to Hollywood Life, the pair was also spotted earlier that month — wearing matching Nike sneakers, no less!

E! cited a source that confirmed the couple was, indeed, a couple — months after they were first seen together in New York. They even attended the SAG Awards as a couple Feb. 27. However, by April, the pair had reportedly split. After breakup rumors first started to swirl early in the month, Miller took to her Instagram to apparently dispel them. “If you must gossip at least use a cute photo,” she captioned a selfie of the pair on April 4. “Lol love you AG 🦋.”

Two days later, though, Us Weekly confirmed the couple was, in fact, over. “The distance and filming had a big impact on the breakup,” a source told the magazine. And that IG post? A source told Page Six that it was misconstrued. “In no way was she pretending they were still dating,” they said. “It was a very amicable breakup. She was just tired of them using old photos and also wanted to show that they ended on good terms.”

So, who is Garfield’s ex? Miller has worked with GUESS, Sports Illustrated, and Vogue, to name just a few modeling gigs. In 2018, she debuted her own brand called Pilgrim, described by Vogue as the “boho luggage of your dreams.” But Miller’s artistic side doesn’t stop with her interest in fashion. She also expanded into music, most recently dropping a single and music video for “Mystery, Yes” in September 2021.

Clearly, she’s a creative in her own right — and there’s more to come because Miller wrote in a January Instagram post that “new music” would be on the way shortly.

As for Miller’s personal life pre-Garfield, she was briefly married to Tame Impala’s Cam Avery, according to the Daily Mail. She also previously dated Spider-Man: Far From Home’s Jake Gyllenhaal for six months before breaking up in early 2014, per E! News.