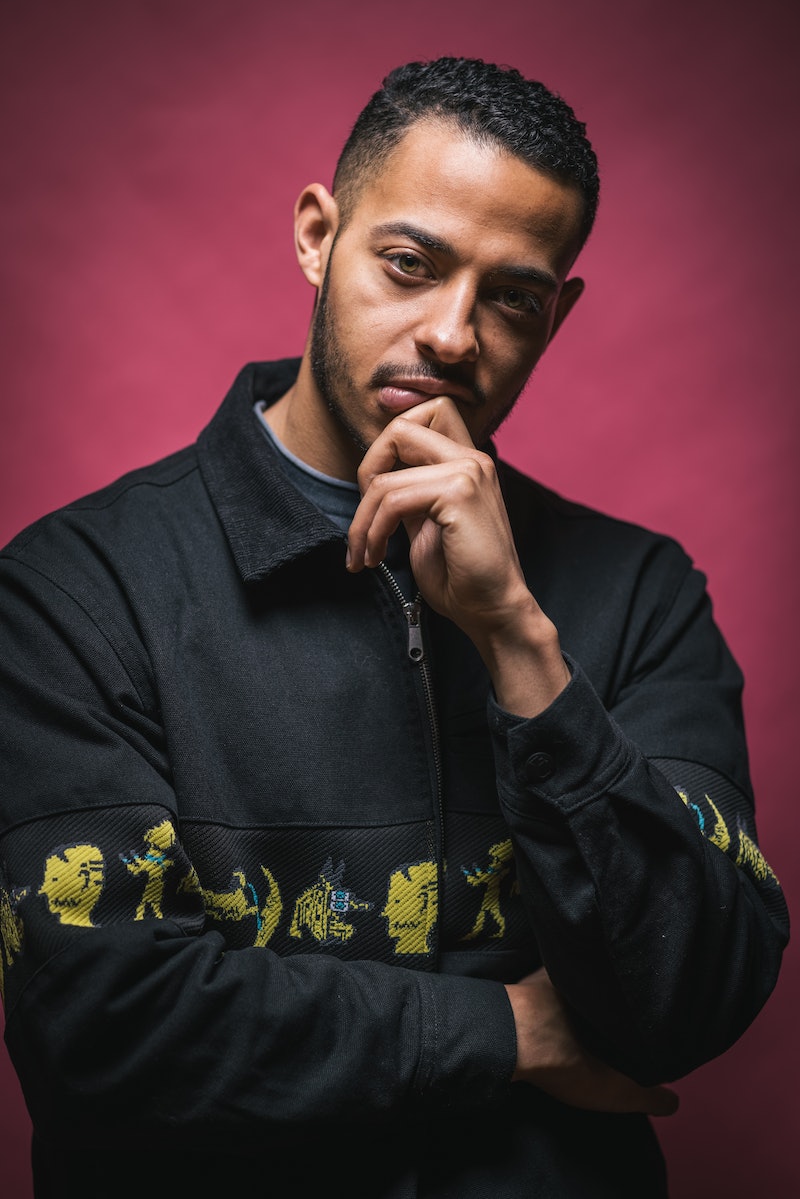 Best known as one of the break-out stars of Peaky Blinders, Irish actor Daryl McCormack turned heads when he starred in Good Luck To You, Leo Grande opposite the unparalleled icon Emma Thompson in 2022, and again when he was nominated for BAFTA’s Rising Star Award. In the film which earned him his nomination, McCormack plays a sex worker who helps a 60-something widow get in touch with her sexuality, opening up valuable conversations about intimacy and relationships in the process.

“We have to get away from intimacy being something we should hide or be shameful about,” McCormack told Bustle. “Let’s bring it to the surface and talk about it.” Now, the actor is starring in Bad Sisters, a familial Irish murder-mystery written by and starring Catastrophe’s Sharon Horgan. He’s also set to star in The Tutor with Richard E. Grant and The Woman In The Wall with Ruth Wilson. So we know what McCormack’s been up to on-screen, but what’s the deal with his life away from the cameras?

Per the Independent, McCormack dated fellow Irish actor India Mullen for a time in 2015, but has since kept his love life quiet. But he has spoken a lot about his family, who he is very close to.Well, family is key to the actor. In an interview with Vogue in 2022, McCormack spoke about his upbringing in Nenagh, Tipperary, and his close bond with the women in his family. He reminisced about making his grandmother laugh so much she needed to “hobble into her en suite.” Elsewhere, he’s spoken about one particularly special woman in his life: his mum. A single parent, his mum supported him in following his passions, from hurling to acting. “I had a tradition with my mum to go to the cinema every weekend,” he told The British Blacklist. “We would watch movies and that was true escapism for the both of us, and it kept my dream alive for a long time.”

“Sometimes I felt like I was an elephant in the room, but I was a jovial pink, dancing elephant,” McCormack added to The Guardian, of growing up as a theatre-loving biracial kid in Ireland. “I didn’t try to hide. In a way, I embraced my difference and I knew there was something beautiful about being different. And that was its own journey.”

Despite living on different continents, he continues to share a close bond with his paternal grandad, who worked as an actor himself in ‘70s Los Angeles, and now runs a theatre company in Baltimore. “When he was in his 20s, in the 1970s, he was out in LA, trying to become an actor,” McCormack said. “So he had his own journey with it and he really is very proud, vicariously living through me now. He just loves seeing his grandson go on the journey he’s gone on himself, and I’ve got to the point where I’m going further than where he finished.”

In 2020, McCormack flew to the States to spend the holidays with his dad and grandad for the first time. “It was the first time I spent Thanksgiving with my dad and my grandad and that was particularly special… It’s not often that I got to see them when I was growing up in Ireland,” he told Independent.ie. “As an adult, now that I have more work and I can afford to get over there more often, it’s a lovely experience. I love them with every fibre of my heart. Even though they’re miles and miles across the world, they feel close to me and I speak to them on such a regular basis.”

With contributions by Sophie McEvoy.

More like this
Joey Essex Is Rumoured To Be Dating A 'Love Island' Favourite
By Sam Ramsden
Con O'Neill Was Connected With Sarah Lancashire Long Before 'Happy Valley'
By El Hunt
Emily Atack’s Net Worth Would Make Charlotte Hinchcliffe Proud
By El Hunt
4 Surprising Celeb Throuples That Got The Internet Talking
By Sophie McEvoy
Get The Very Best Of Bustle/UK
Sign up for Bustle UK's twice-weekly newsletter, featuring the latest must-watch TV, moving personal stories, and expert advice on the hottest viral buys.

This article was originally published on Aug. 23, 2022