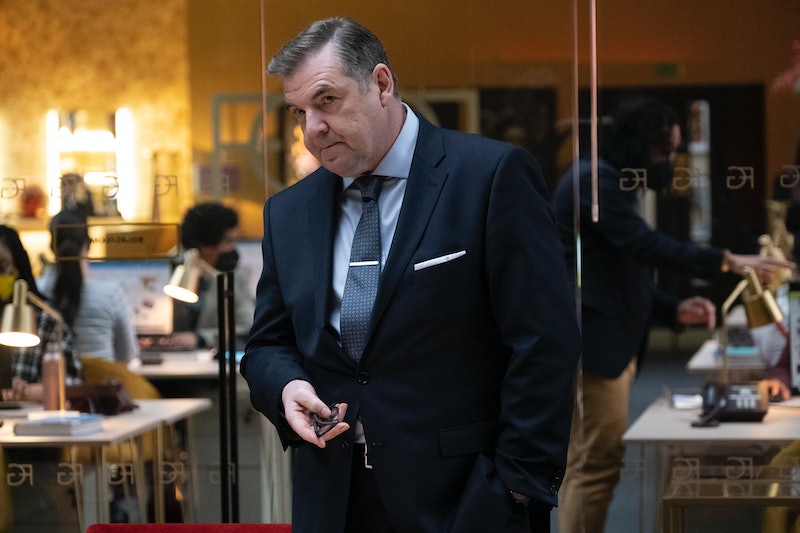 ITVX’s Riches is a show all about the drama that can ensue when personal and professional lives become indistinguishable. The series, written by How To Get Away With Murder and Inventing Anna’s Abby Ajayi, follows the Richards family as they duke it out for ownership of the family business, Flair & Glory — a Black haircare and cosmetics brand. Most of the cast is made up of members of the Richards family. There’s Stephen, the patriarch, played by Hugh Quarshie; Nina his eldest daughter (Deborah Ayorinde); Claudia (Sarah Niles) the family matriarch/stepmother; and Simon (Emmanuel Imani), the eldest son — to name a few. But there’s a couple of key characters who aren’t related to the Richards by blood, and one of them is lawyer Gideon. A close confidante to Stephen and the executor of the late Flair & Glory CEO’s will, Gideon is a central figure in the show’s plot. And it’s likely he’ll be familiar to fans of classic ITV dramas. So who plays Gideon on Riches and where might you have seen him before?

The actor who takes on Gideon is none other than Brendan Coyle. Coyle is best-known for his performance as Bates, the beloved Butler of the Crawley family in Downton Abbey. He starred in the ITV series from 2010 to 2015 during its original TV run and has reprised his roles in both of the subsequent film installments.

Coyle has appeared in other projects, including Mary Queen Of Scots in which he played the Earl of Lennox and BBC series Requiem where he appeared as a former police detective. However, Downton is the series most viewers will recognise him from. So how does his new character compare to Mr Bates? Well, like Bates, Gideon is privy to the secrets of a hugely wealthy family and is a crucial ally to the head of the family. But that’s probably where the similarities end.

In Downton, Bates was a pretty stand-up guy, known for doing the right thing. Whereas, it appears that Gideon’s intentions may be a little more nefarious in Riches. Speaking an interview with ITV about the series, Coyle revealed of his character: “He appears ostensibly to be loyal, to be supporting Stephen and Simon and the inheritance of the company. He is seemingly carrying out Stephen’s wishes, but there’s something murky going on.”

So what is Gideon really up to? There’s only one way to find out — tune into Riches on ITVX from Dec. 22.