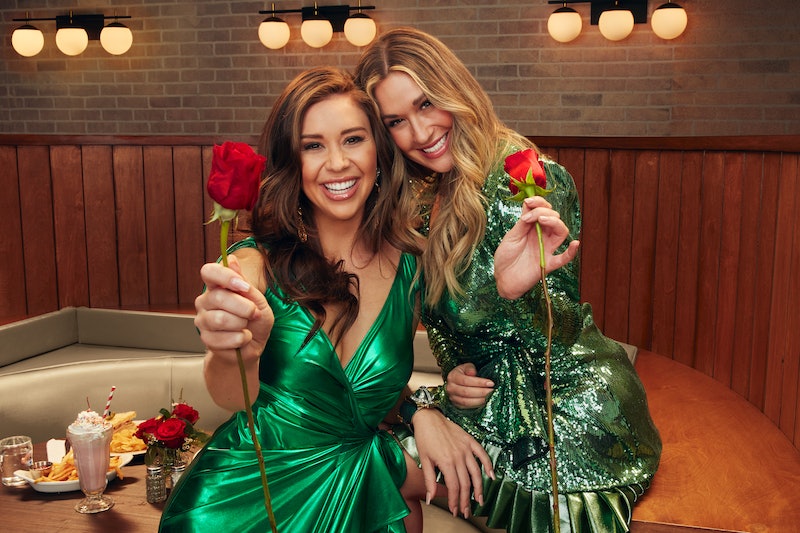 Ever since Gabby Windey and Rachel Recchia were announced as the next dual Bachelorettes — a first for the franchise — fans have wondered how, exactly, their season would work. After all the drama they went through during Clayton Echard’s chaotic season, the pair decided to “put each other first,” Gabby told People ahead of the July 11 season premiere. “It's only natural to be attracted to the same guys, here and there,” she added. “We're human, but it would never be anything that Rachel and I couldn't figure out on our own, especially always putting our relationship in the forefront of everything.” Rachel agreed, telling the magazine that they’re “both just really happy” with the season.

So it seems to have been a generally positive filming experience for both women. But of course, this is The Bachelorette. There’s bound to be some drama — including, as one trailer teases, at least one suitor who’s pining for the wrong woman. And (can you believe it?) another ill-fated round of overnight dates, it seems.

Now that Gabby and Rachel’s Bachelorette season is finally underway, you may be wondering: who went home on The Bachelorette last night? After the arrivals and first impressions (looking at you, Jacob!) fans at home have been wondering which contestants were sent home.

As we wait to see who gets engaged by the end of the show, here’s a brief recap of everyone who hasn’t received a rose so far — and why.

Why Did Gabby & Rachel Cancel The Rose Ceremony?

Right away, Gabby and Rachel proved that they’d be writing their own rules this Bachelorette season. Case in point? They opted to cancel the first rose ceremony because they simply didn’t get a chance to meet with every contestant. “That would be doing ourselves and you all a disservice — so we are asking you to move forward with us next week, and cancel the rose ceremony tonight,” Gabby explained.

However, the pair did privately part ways with a few men they knew weren’t quite cutting it.

Despite the lack of a formal rose ceremony, the Bachelorettes managed to rule out several suitors. Twins Justin and Joey Young were sent home during the July 11 episode. Earlier in the episode, Gabby and Rachel didn’t seem too impressed by Justin and Joey’s degree of #twinning. “The conversation ... just ain’t working with me, kind of romantically,” Gabby said “I feel like I can’t build a very strong bond with either of the twins.”

Rachel agreed in her own confessional. “I don’t know if they’re trying to get us to go on double dates, planning for the future, but definitely hard to form a connection when there’s multiple people sitting here,” she said. “Not into it.”

Why Did Roby Go Home?

Roby Sobieski was also sent home during the Bachelorette season premiere. Despite making a powerful first impression with his magic skills, neither Bachelorette felt a romantic connection with Roby.