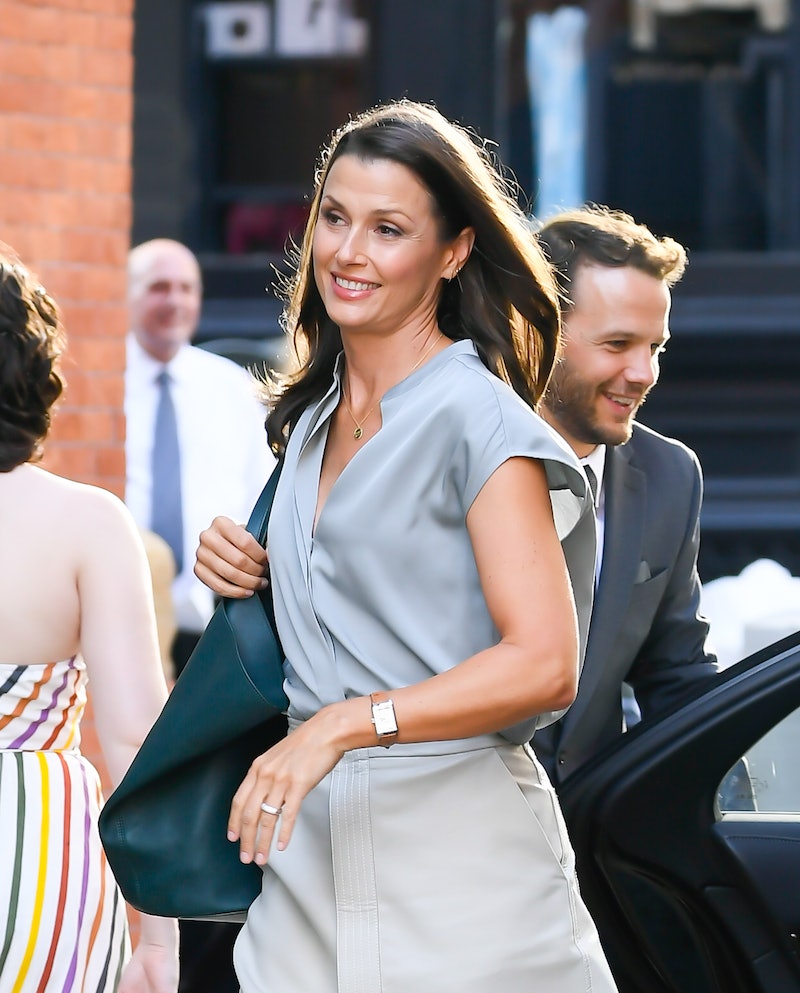 Spoilers ahead for Episode 3 of the Sex and the City reboot And Just Like That. Death has a way of bringing up the past. After Big’s (Chris Noth) death in And Just Like That, a devastated Carrie (Sarah Jessica Parker) goes to the reading of his will, where she discovers he’s left his beautiful ex-wife Natasha (Bridget Moynahan) $1 million. Grief quickly turns to rage. Were they secretly in touch? Were they having an affair? Did Big regret choosing her over Natasha? Carrie’s mind spins.

To deal with the anxiety, she begins casually stalking Natasha in search of answers. She stops sleeping and eating and spends her time emailing and DMing Natasha on Instagram. When she doesn’t receive an immediate response, she shows up at Natasha’s office. Natasha, pretty understandably, refuses to see her, and Carrie winds up standing on the street outside. When Natasha appears in the window, Carrie, Miranda (Cynthia Nixon), and Charlotte (Kristin Davis) scatter like mice.

The scene is tragic, but Carrie is kind of used to making a complete and total fool of herself in front of Natasha, who famously caught Carrie trying to slip out of Big’s Manhattan townhouse in the middle of their lurid affair. Carrie booked it down the stairs, and Natasha followed her and fell, winding up in the hospital with a broken tooth and stitches.

In fact, this isn’t even the first time Carrie has stalked Natasha. The moment she found out that Big was engaged to her in the original series, Carrie decided she needed to find a way to run into his soon-to-be-wife. She went to a luncheon hoping to spot her there, but it turned out Natasha had decided not to attend. At the time, it was easy to side with a heartbroken Carrie. We forget that Natasha was the real collateral in Carrie and Big’s love story. They cheated and lied and all Natasha got was a divorce and a busted mouth. Carrie has rarely thought of Natasha’s feelings in all of this. Until now.

After Carrie gives up on her stalking quest, she just so happens to accidentally walk in on Natasha going to the bathroom at a random coffee shop. Natasha screams. Carrie singes her hands on some boiling hot coffee. The two finally sit down and talk.

It turns out that the million dollars was just as much of a surprise for Natasha. She and Big had not been in touch since their divorce, and she had no idea why he’d left her money. Carrie surmises that it was Big’s way of apologizing — and in a very un-Carrie-like moment, she too apologizes for the hurt she caused all those years ago. Natasha graciously accepts — but adds that, even though it's in the past, they maybe shouldn't follow each other on Instagram.

We tend to think of closure as the joyous feeling that comes after everyone hugs and forgives each other. Natasha proves that sometimes closure is simply walking away…and blocking your ex-husband's widow on social media.

More like this
Billie Piper Just Confirmed 'I Hate Suzie’s Festive Return
By Kayla Blanton and Shahed Ezaydi
The Time Traveler’s Wife Book Has A Heartbreaking Ending
By K.W. Colyard
All The Theories About Kathleen Peterson’s Death
By Morgan Leigh Davies
What Happened To The Real Sean Suiter From We Own This City?
By Kadin Burnett
Get Even More From Bustle — Sign Up For The Newsletter