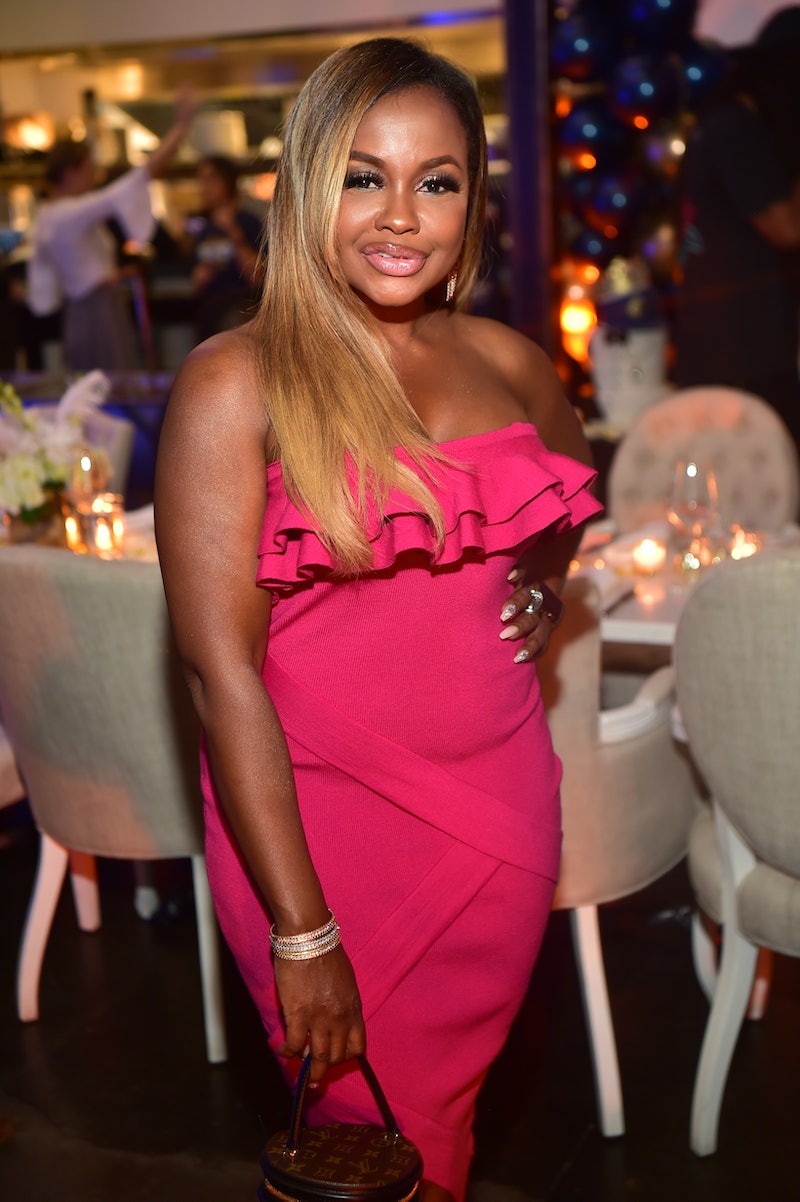 Phaedra Parks hasn’t appeared on Real Housewives of Atlanta since being fired from the series after Season 9 when she accused Kandi Burruss and her husband of an “alleged plan to drug Porsha [Williams] and have sex with her.” (Burruss denied this allegation.) However, there are rumors that Parks might make a return to the franchise for Season 14. This April, a The Sun source claimed that a “big cast shake-up” was allegedly in the works for the upcoming season, with the show’s producers reportedly “mulling” over the lawyer’s comeback.

Former friend-turned-rival Kandi Burruss has already gone on record, saying she talked to others about potentially refusing to sign on for another season of Housewives if Parks was to return. So, yeah, this could get complicated. Still, there’s a legion of fans who have expressed hope and excitement in light of a potential Housewives season involving Parks. One Twitter user wrote in April, after the show’s Season 13 finale, “At some point the producers HAVE to realize that the show goes no where without Phaedra Parks and Nene Leakes. The forced fights over irrelevant bulls*** can only go so far. I’m sorry but this is the worst I’ve seen a #RHOA finale #RHOA.”

Phaedra’s been mum on social media regarding news of a supposed Real Housewives of Atlanta comeback. But in 2020, she did tell fans to “keep hope alive” on the matter while promoting her Marriage Boot Camp: Hip Hop Edition appearance. “Right now, I’m trying to find love. I’m not trying to fight love,” she told People. There’s no doubt that Parks’ departure from RHOA in 2017 marked a significant change for the series, and the wait for concrete news on whether the Secrets of the Southern Belle author is coming home to Bravo feels palpable.

But fans may finally get their answer from Andy Cohen’s Watch What Happens Live week-long television special in May. Parks is scheduled to sit down with the talk show host on May 6 for Bravo Blasts From The Past: Real Housewives. As described via Bravo, she, along with other famous Housewives, including Gretchen Rossi, Jill Zarin, and Taylor Armstrong, will “look back on their Bravo days and share updates about what they’re doing now.”

Though Phaedra’s dismissal from Real Housewives of Atlanta was mired in controversy, her return could inspire a ratings boost. During an April 27 Rickey Smiley Morning Show segment, “Gary With Da Tea” radio host Gary Hayes suggested that if producers are indeed “digging up all the dead skeletons,” then that would make the show “a little bit more exciting.” Regardless, it seems certain that if Phaedra signs on for another season of RHOA, it could be one of the show’s most incendiary yet.

More like this
Everything To Know About 'RHONY' Season 14
By Jake Viswanath and Alyssa Lapid
This 'Strictly' Star Is Rumoured To Be The New 'Big Brother' Host
By El Hunt, Maxine Harrison and Sam Ramsden
'Bridgerton' S3 Teases Exciting Social Season For Penelope Featherington
By Bustle
A 'Grey's Anatomy' Alum Will Join Negan & Maggie's 'Walking Dead' Spinoff
By Alyssa Lapid
Get Even More From Bustle — Sign Up For The Newsletter