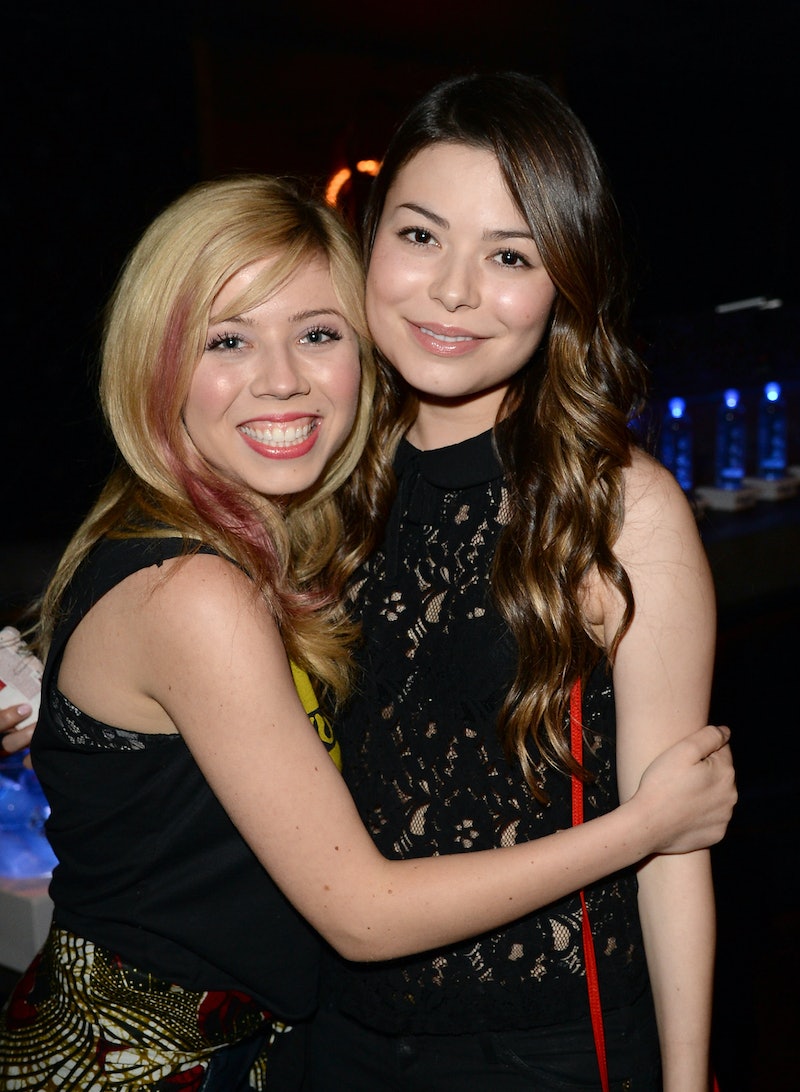 Though Carly and Freddie’s best friend Sam (Jennette McCurdy) didn’t return to iCarly for Season 1 of the Paramount+ reboot, she was hardly forgotten. The premiere episode explained that Sam was “off following her bliss” with a biker gang known as the Obliterators, while McCurdy revealed off-screen that she quit acting several years ago because she was “ashamed” of her career and felt “unfulfilled” by her past roles. Because McCurdy hasn't ruled out acting forever, though, there’s always a chance that Sam could be in iCarly Season 2 — or a future season.

Showrunner Ali Schouten told Newsweek in August that there will be more original iCarly characters in Season 2, though she didn’t specifically mention Sam. “I can’t really say anything but I will say we are very excited to have Mrs. Benson (Mary Scheer) back, it was so fun to see her again,” Schouten said. “I would love to see more of Nevel (Reed Alexander) and Prunella (Bailey Stender) and for the people, we haven't got to see yet... we haven’t quite figured all the episodes out but we are looking forward to bringing people back.”

Spencer (Jerry Trainor), Freddie (Nathan Kress), Harper (Laci Mosley), and Millicent (Jaidyn Triplett) are also all returning for Season 2, and Josh Peck will make his debut as Carly’s new manager, Paul. “Miranda is a good friend of mine, and when they announced the new iCarly, we chatted about finding something fun for me to play,” Peck told People of his former Drake & Josh co-star in March. “Being on the iCarly set after all these years feels very full circle and I love getting to work with Miranda, Nathan, and Jerry again. I’m excited to be able to be a part of what they're creating.”

Both Schouten and Cosgrove also have more iCarly alums on their wishlists to bring back, including fan-favorite Groovy Smoothie employee T-Bo (Boogie). “I love having characters from the original back. It’s so fun,” Schouten told Entertainment Weekly in August. “We are very open to people who want to come back. That’s a big part of it too, is gauging the interest and then trying to come up with the most creative way to have them.”

Indeed, Cosgrove explained to Bustle a month earlier that McCurdy was one of the first people she called after receiving the iCarly revival pitch. But McCurdy was firm on not wanting to reprise her role. “Anything that she wants to do with her life, I just want her to be happy,” Cosgrove said.

Her other two calls were to Trainor and Kress, who would certainly join Cosgrove in welcoming McCurdy back with open arms, should Sam return in Season 2 or beyond. Trainor told Entertainment Tonight in June that the “elevator door is always open” to Sam, and Kress agreed that it “never closed,” but said they “want to be respectful of [McCurdy] and the decisions that she's made,” so “no pressure.”

More like this
Ashton Kutcher Wants Danny Masterson “To Be Found Innocent” In Rape Retrial
By Jake Viswanath
At 28, Debra Jo Rupp Was Living A Much Different '70s Show
By Grace Wehniainen
All The ’70s Easter Eggs You Missed In 'That ’90s Show'
By Grace Wehniainen
The 8 Best Aidan Shaw Moments On 'Sex And The City'
By Grace Wehniainen
Get Even More From Bustle — Sign Up For The Newsletter
From hair trends to relationship advice, our daily newsletter has everything you need to sound like a person who’s on TikTok, even if you aren’t.