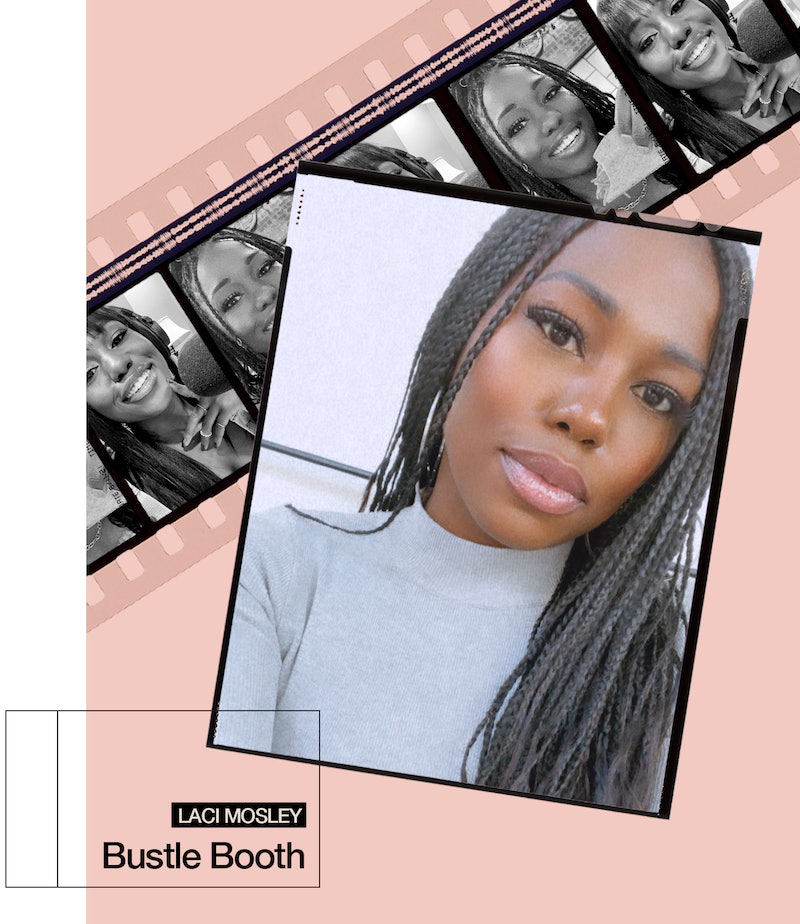 Laci Mosley didn’t have any reservations about joining Paramount+’s iCarly reboot. Admittedly a huge fan of the original series, she was not only excited about the adult-oriented re-imagination, but also honored to portray the first openly LGBTQ+ character on a show that she’s always appreciated for its campy nature. “You can’t do camp without the gays,” she tells Bustle.

Mosley knew iCarly had especially dedicated fans. But she was shocked when a wave of racist backlash followed the release of the revival’s trailer from fans who perceived the tight-knit relationship between her character, Harper, and Carly (Miranda Cosgrove) as her replacing Jennette McCurdy’s Sam Puckett, aka Carly’s best friend from the original series. “I’ve never met [McCurdy] but I know she’s extremely talented,” Mosley wrote on Instagram. “I hope she does not condone some of y’all’s behavior. Racism kills.”

Both she and Cosgrove insist that hateful and racist viewers aren’t “real iCarly fans,” which was proven true upon the series’ premiere when Mosley saw her name trending on Twitter due to overwhelming praise from viewers. “There’s been so many fans who have reached out to me saying, ‘I loved the original iCarly’ — as did I as a child — ‘but it’s so cool to see someone who looks like me, or who’s queer like me on the show,’” says the 30-year-old actor. “I kind of accepted that was never going to be a fact, so to come back [as a character] that I would’ve loved to see as a child is really dope.”

The backlash highlighted the dark corners of the internet that unfortunately exist. It was also a far cry from the ideology Mosley was raised on. “[My grandmother] told me that Black people were the only people who were good at anything: singing, dancing, math, science,” she says, noting that some people could view it as “supremacy,” though that’s not how her grandmother presented it. “By tricking me, [she] let me grow up in a world — almost like a white child — where I didn’t feel like I was born inferior. It almost shielded me from some of the white supremacy that is deeply embedded in our education system, television programming, [and] music.”

After seeing Christina Aguilera’s “Genie in a Bottle” music video, however, she realized she’d been somewhat duped. “I said, ‘Wait a minute, Grandma! She’s not Black, and she’s excellent,’” she says with a laugh. “But I learned later in life, [she] did that to protect me.” The goodhearted deception instilled an early confidence in Mosley, who asked her mother at age 5 to let her begin acting professionally. After getting headshots taken, she says, “[My mother] was like, ‘I want you to have a childhood, and I want to have a life.’” So if Mosley achieved good grades, her mother would let her act locally. But still determined to reach the big leagues after completing high school, Mosley studied “performance and marketing” at the University of Pittsburgh and then moved to New York, where she pursued sketch and improv comedy in the Upright Citizens Brigade.

But it wasn’t until she moved to Los Angeles two years later that she finally landed her first onscreen acting jobs, including a leading part on Pop TV’s short-lived and critically acclaimed 2019 sitcom Florida Girls and a series regular role on Season 2 of HBO’s Emmy-nominated A Black Lady Sketch Show. Mosley’s extensive resume caught the attention of iCarly showrunner Ali Schouten, who asked her to test for the role of Harper without even seeing an audition — and she landed it. Fast-forward to today, and Paramount+ has already renewed the revival for Season 2.

“I don’t think anything will beat this experience on iCarly. I prayed to work with nice, kind people, and then God brought me this cast and this crew. I am so grateful.”

“I don’t think anything will beat this experience on iCarly. I prayed to work with nice, kind people, and then God brought me this cast and this crew,” she gushes. “I am so grateful, and I just don’t think that it can be replicated, sincerely.”

Aside from iCarly, Mosley hosts the podcast Scam Goddess, which features weekly deep dives into famous scam jobs such as Richard Montañez’s now-debunked claim of inventing Flamin’ Hot Cheetos. Inspired by her own scamming past — she owns party wristbands in every color to gain access to nearly any club’s VIP area — the podcast was picked up by Conan O’Brien’s production company Team Coco in 2020. But Mosley’s ambitions are bigger than audio, and she’s currently in talks with production companies to turn Scam Goddess into a TV show and expand its horizons.

“One company told me they could get me into prisons. I was like, ‘Hell yeah. I want to go to prisons,’” she says. “I’m looking for the right fit to encapsulate the young, cool, fun, weird, historical talk show vibe that we’re going for. It’s something that I haven’t seen on television.”

Get to know more about Mosley, including her love for Love Is Blind and Mean Girls, with her Bustle Booth questionnaire below.

I’m not a big coffee person — it makes me jittery — but I love an iced matcha latte!

Los Angeles, Vegas, Savannah, and Malibu. To be fair, I don’t check the weather as much as I should, and I am the queen of stealing a friend’s jacket.

“Get in loser. We’re going [insert any activity].” - Mean Girls

RuPaul’s Drag Race All Stars is so fun!

Love Is Blind. I’m ready to date, and that show looks fun and efficient!

That I am a kind person; it’s what I aspire to be the most in life.