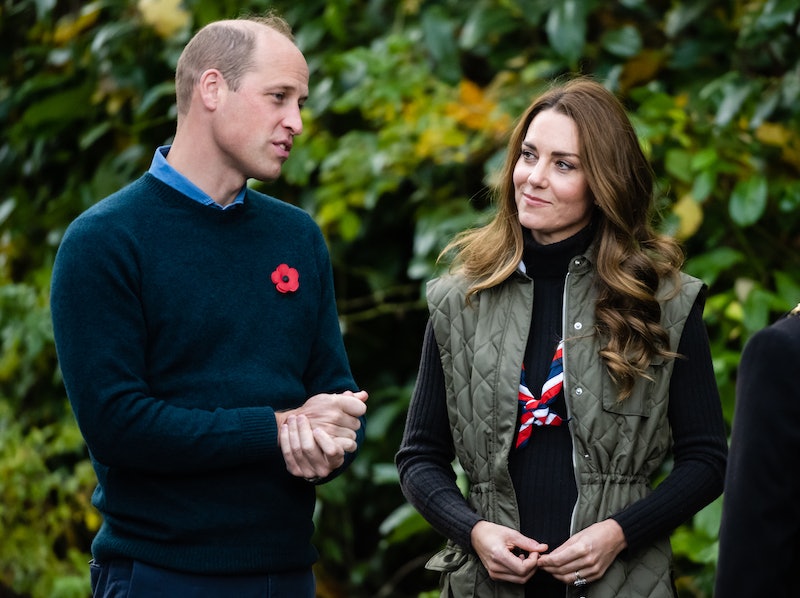 Establishing the right morning routine can change your days (and life) for the better — and if you’re still trying to perfect yours, taking inspiration from your favorite celebrities might help. Prince William, for example, prescribes dancing. For the Dec. 6 episode of Apple Fitness+’s Time to Walk series, the royal father of three detailed his family’s penchant for musical mornings and some sibling rivalry.

“Most mornings there’s a massive fight between Charlotte and George as to what song is played ... And I have to, now, basically prioritize that one day someone does this one, and another day it’s someone else’s turn,” William says, per People’s previews. “So George gets his go, then Charlotte gets her go. Such is the clamor for the music.”

William revealed that Shakira’s “Waka Waka” is a popular pick for the family right now — “There’s a lot of hip movements going along. There’s a lot of dressing up.” — while Charlotte, especially, takes to dancing it out with her little brother in tow. “She goes completely crazy with Louis following her around trying to do the same thing,” the Duke of Cambridge said.

At its core, “it’s a really happy moment” for the family, which is definitely something you should keep in mind for crafting your own a.m. ritual. As mental health advocate Alison Mariella Désir-Figueroa told Bustle in 2018, “if you dread your morning routine, you won’t be invested in it.”

Time to Walk allows users to take guided strolls set to real-time narration from notable figures, from singer Shawn Mendes to ballerina Misty Copeland. (In other words, it’s the perfect soundtrack to your Hot Girl Walk.) The Duke of Cambridge sought to participate in the series after drawing on his own positive experience with walking. As he wrote on Instagram, it’s a family tradition — “whether it’s my Grandmother still taking her corgis out at 95; my father embarking on lengthy rambles over the summer in Scotland; or my own children making their first appearance at our annual walk to church on Christmas morning at Sandringham.”

The audio series also features the walkers’ favorite songs, and in William’s case, that includes Tina Turner’s “The Best” — citing it as one of the songs his late mother, Princess Diana, would play for her boys to quell back-to-boarding-school anxieties. “When I listen to it now, it takes me back to those car rides and brings back lots of memories of my mother,” he says in the Dec. 6 episode, noting it’s a tune he “still quite [enjoys] secretly.”