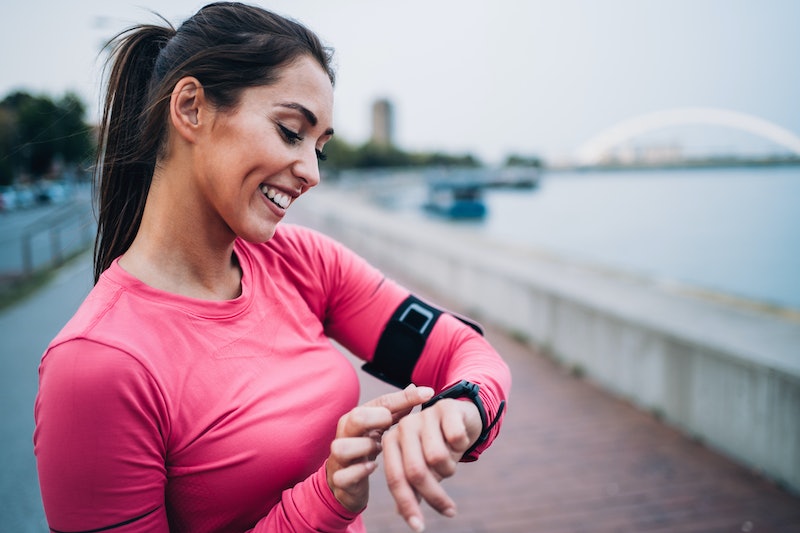 I can’t believe I’m saying this, but I’ve come to the point where I hate music. After over a year and a half of working from home and listening to thousands of songs from my favorite artists — and even venturing into new genres — every single day for at least nine hours straight, I don’t enjoy music anymore. I’m also not a big podcast person, which takes those off my list of things to listen to. This is all how I came to start using (and really enjoying) Apple Fitness+ Time to Walk.

Time to Walk is a feature that’s available on Apple Watch through the company’s fitness platform, Fitness+, and is part-guided workout and part-storytelling. Essentially, an influential celebrity, athlete, activist, or another notable changemaker virtually joins you on a walk and shares memories as you get your exercise in. They also share a handful of songs that are meaningful to them, as well as photos, which pop up on your watch, that correspond with the story they’re telling. It’s somewhat similar to a podcast but feels more like Dolly Parton (one guest that’s hosted a walk), for instance, is talking directly to you — so it’s a more personal listening experience.

Until I reached that point where all my music made me so utterly bored, I had always scrolled past Time to Walk on my Apple Watch. About a month ago, I stepped out for my daily afternoon walk with my dog Stevie and my AirPods in my ears. On a whim, I queued up the Naomi Campbell Time to Walk episode and continued to the East River Park. I was immediately drawn in: The supermodel talked about how taking a bold chance as a teen launched her modeling career. She spoke about how even though she left her home to live in Paris with her soon-to-be mentor, she was happy about her decision — it was like Campbell was sharing special memories with just me.

The next episode I listened to during my afternoon walk was Parton’s, which was everything you’d imagine a Parton-hosted chat would be. I circled the astroturf field and threw a ball for Stevie as Parton recounted her low-income upbringing and the story behind her Coat of Many Colors song. By the time I finished listening to that song play (Parton included it on her mini playlist), I had tears in my eyes.

Listening to Time to Walk has operated as a makeshift afternoon stroll with a friend.

Over the next few weeks, listening to Time to Walk became part of my daily routine. Everyone from Carmelo Anthony to Gabrielle Union and Nick Jonas joined me as I took my one desk break of the day. I’ve been inspired by Parton’s strength amidst growing up with little means, motivated by Anthony’s journey of self-acceptance, and moved to dance by Wanda Sykes’ upbeat playlist (I couldn’t not dance to her choice of Swing Out Sister’s “Breakout”).

I’ve realized the appeal isn’t exactly in the famous hosts of Time to Walk or the app’s ease of use. Rather, the platform has helped absolve — albeit for brief bursts of time — some of the loneliness I’ve been feeling in my WFH routine. I, like many others, have spent the past 18 months working from my apartment. I’ve felt lonely without seeing coworkers’ faces or collaborating with them during in-person meetings. It’s been incredibly isolating — not a week goes by where I don’t feel a wave of sadness about how normal life has changed since 2020.

That’s all to say: Listening to Time to Walk has operated as a makeshift afternoon stroll with a friend. Comparatively, podcasts feel more like a show that’s speaking not directly to you but to a massive audience. Music has the science-backed power to boost your mood, but you will eventually get sick of songs when you listen to them on repeat for multiple months in a row. Apple’s Fitness+ feature is the perfect in-between — I get a more engaging podcast-like monologue from someone and hear songs I would’ve otherwise not have known.

Of course, I’m still blasting my Britney Spears playlist when the mood strikes. But I’m glad I have Time to Walk as a companion for my jaunts outside.