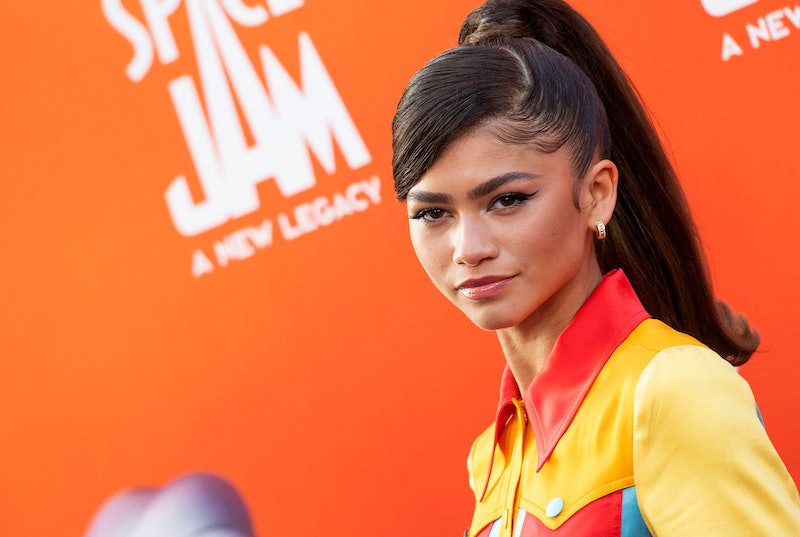 Zendaya has some bad news for Euphoria fans: Season 2 is “not going to be a fun watch.” In a recent interview with Teen Vogue ahead of the Space Jam: A New Legacy premiere, the 24-year-old actor got candid about what fans can expect once the teen drama returns to HBO Max. “It’s a difficult season,” she said, adding that she’s “kinda in the middle” of filming it right now. “I had like a 2:30 a.m. wrap time last night, we’re in the thick of it.”

The Malcolm & Marie star went on to describe the upcoming season as “intense” and “personal.” “It’s very personal to, not only ourselves and all the people who work on it, but also, to other people who have been able to relate so deeply to the characters or see their experiences being reflected through Rue,” she said. “So we take that very seriously.” In the series, Rue Bennet (Zendaya) is a high school student who struggles with addiction and mental illness while balancing complicated relationships and trying to find her place in the world.

“It’s definitely challenging,” Zendaya continued. “It’s a challenging season. It’s gonna be hard and it’s gonna be devastating sometimes, but I think Rue really deserves all of that care when it comes to her character, because I think she represents a lot for so many people.” The actor added that while she really wants to make fans “proud” of Rue and all of the other characters, she can’t promise that it will be a pleasant viewing experience. “I think this season’s not going to be easy,” she said. “It’s not going to be a fun watch, I don’t think.”

Even if Season 2 is “difficult” to take in, die-hard fans are looking forward to it. The cast and crew first started production on the season in March 2020, but everything came to a halt later that month because of COVID-19 concerns. Originally, the second season was supposed to premiere at the end of 2020. Now, the season is expected to hit the streaming platform late this year or in early 2022. An official release date has not yet been announced.

In August 2020, Zendaya opened up to InStyle about the production delay and how much she was looking forward to stepping back into Rue’s shoes. “I do miss Rue,” the former Disney Channel star told the magazine at the time. “She’s like my little sister in a lot of ways. And going back to that character is a home base for me.” Zendaya added that while a “beautiful second season” had been written, it simply wasn’t safe to film. “In order to do it the way we want to do it, we need to wait until it's safer,” she said.

Fortunately, the network found a way to hold fans over until the cast and crew could safely film Season 2. In December 2020, the streaming platform released the first of two bridge episodes, which gave viewers a much-needed update on Rue after the Season 1 finale left her fate up in the air. In January, another special episode hit HBO Max, which provided an update on Jules (Hunter Schafer) after Rue left her behind at the train station.

With the bridge episodes behind us and filming for Season 2 in full swing, it’s clear that Zendaya is stoked to finally be back on set and working with her castmates again. In May, the Spider-Man: Far From Home star shared some photos from the set on her Instagram Stories. “Missed this kid,” she wrote alongside a photo of co-star Angus Cloud, who plays high school dropout drug dealer Fez. “And these kids,” she wrote on a photo of some of the crew members. In the final slide, she tagged the show’s official Instagram. “Just being back in here in general... Missed it,” she wrote.