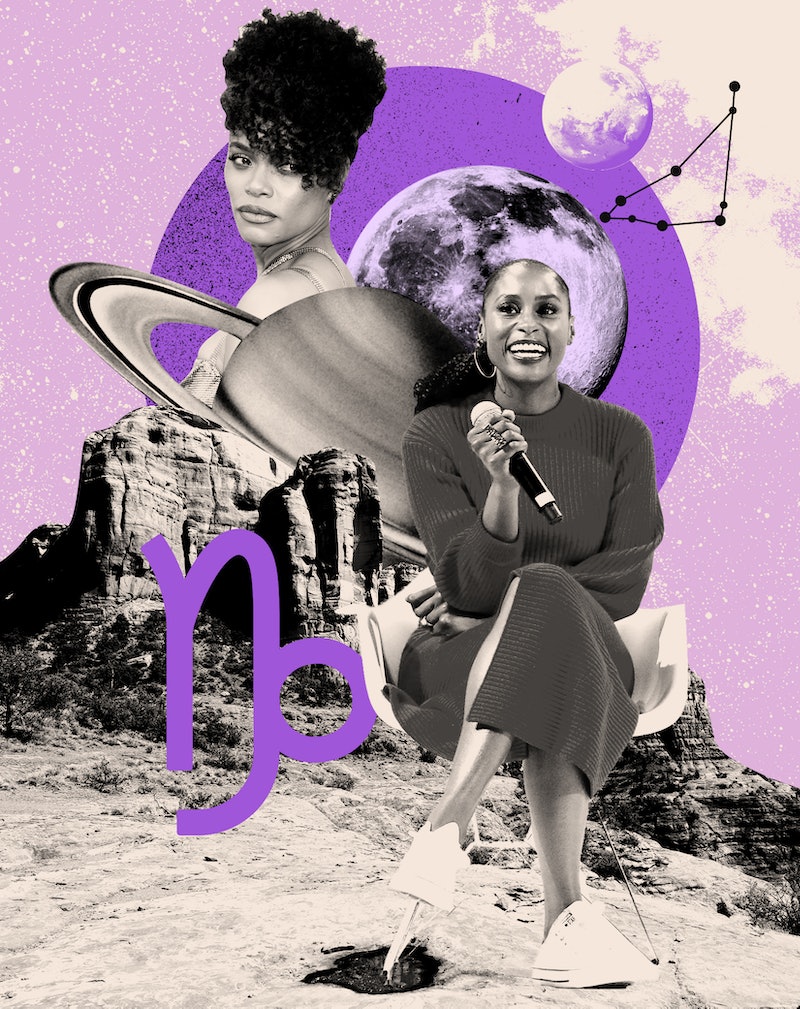 Sharing a zodiac sign with someone doesn’t mean you’re destined to be cosmic duplicates of one another. In fact, some of the zodiac’s sea goats are adamant about the fact that December Capricorns and January Capricorns may as well be scaling two totally different mystic mountains. That makes sense, given that we all have unique astrological birth charts full of planetary placements that vary based on the day, year, and even minute we’re born. But are there any astrological facts that support the alleged differences between December Capricorns and January Capricorns?

There’s plenty of astrological data that can explain why two people with the same zodiac sign can be so incredibly different. We can attribute most of these differences to the fact that at the end of the day, our birth charts are made up of a lot more than just our sun sign. So while almost all people born between December 22 and January 19 are Capricorns, they might have very diverse sets of moon, Mercury, Venus, Mars, and rising zodiac signs. They’ll all share some core Capricorn traits, for sure — but when it comes to the way they set goals for themselves, conduct relationships, share their ideas, or process their feelings, they might have completely different approaches.

However, the astrological concept of zodiac sign decans can offer another explanation. This system breaks up each zodiac sign into three subdivisions known as decans, which slightly alter the way the sign’s energy is outwardly expressed. In astrology, each sign takes up 30 degrees on the zodiac wheel. The first decan of a sign is comprised of the first 10 degrees, while the second decan rules the next 10 degrees, and the third decan is made up of the final 10 degrees. The sun travels approximately one degree per day, so this means most December Capricorns will be first decan Capricorns, while most January-born Capricorns are either second or third decan Capricorns.

Using decans as our foundation, let’s examine some of the major differences between December Capricorns and January Capricorns that give us a more comprehensive look at the resident cardinal earth signs of the zodiac.

December Capricorns Are The Quintessential Capricorns

Saturn is the planet of rules and responsibilities, and it happens to be Capricorn’s ruling planet. But most January Capricorns are either second or third decan Capricorns, so they both have an additional planetary co-ruler that influences the expression of their energy. December Capricorns (aka first decan Capricorns) are solely ruled by Saturn, so they often embody the most classic Capricorn qualities. The stereotypical Capricorn strengths and weaknesses — such as being diligent, hardworking, serious, and structured — show up most readily in these Caps.

As one of the earth zodiac signs, Capricorns tend to be introverted — focusing more on their work grind than their social calendar. But because January-born Capricorns are co-ruled by either Venus (planet of relationships) or Mercury (planet of communication), they tend to be more outgoing and open to new friendships. Both of these planets bring a social, chatty, and charming energy to Capricorn’s pragmatic vibe, allowing them to shake off their shyness and connect with people more easily.

Capricorns like to take their time when they do things to ensure they do them right — which makes sense given that they’re ruled by Saturn, aka the planet of time and maturity. Because first decan Capricorns arguably have the heaviest helping of Saturn’s energy in their cosmic makeup, they’re even more inclined to play the long game than their January-born counterparts. Always calculated and never hasty, December Capricorns rarely lose their patience. They’re never tempted by a shortcut, as they have an endless resolve when it comes to waiting for the right moment or holding out for a big payoff.

Capricorns excel when it comes to looking ahead at their goals and building a solid foundation to launch them from. But for third decan Capricorns who are co-ruled by logistical planet Mercury (all of whom are born in mid-January), these plans will likely be even more thorough and methodical. If you’re a January Capricorn, you might find that you’re extra meticulous about the nitty-gritty details of your plans and possess a stronger knack for staying organized.

As the singular sign ruled by authoritative planet Saturn, all Capricorns can absorb and apply life’s toughest lessons with ease — but December Capricorns tend to approach things with an even deeper sense of wisdom and experience. First decan Capricorns often come off as “old souls,” as they possess a fondness for tradition and appreciation for the past. They wear their experiences on their sleeve, mistakes and all, and they’re proud to have come a long way in life.

As one of the cardinal zodiac signs, Capricorns are naturally goal-driven and always determined to reach their destinations. Structure is important to these rule-oriented Saturn babies, no matter what month they were born in — but thanks to mutable Mercury and luxury-loving Venus being the planetary co-rulers for second and third decan Caps, January’s Capricorns are often more laid-back and relaxed about things. They’re less focused on finding success and more interested in enjoying the fruits of their labor.