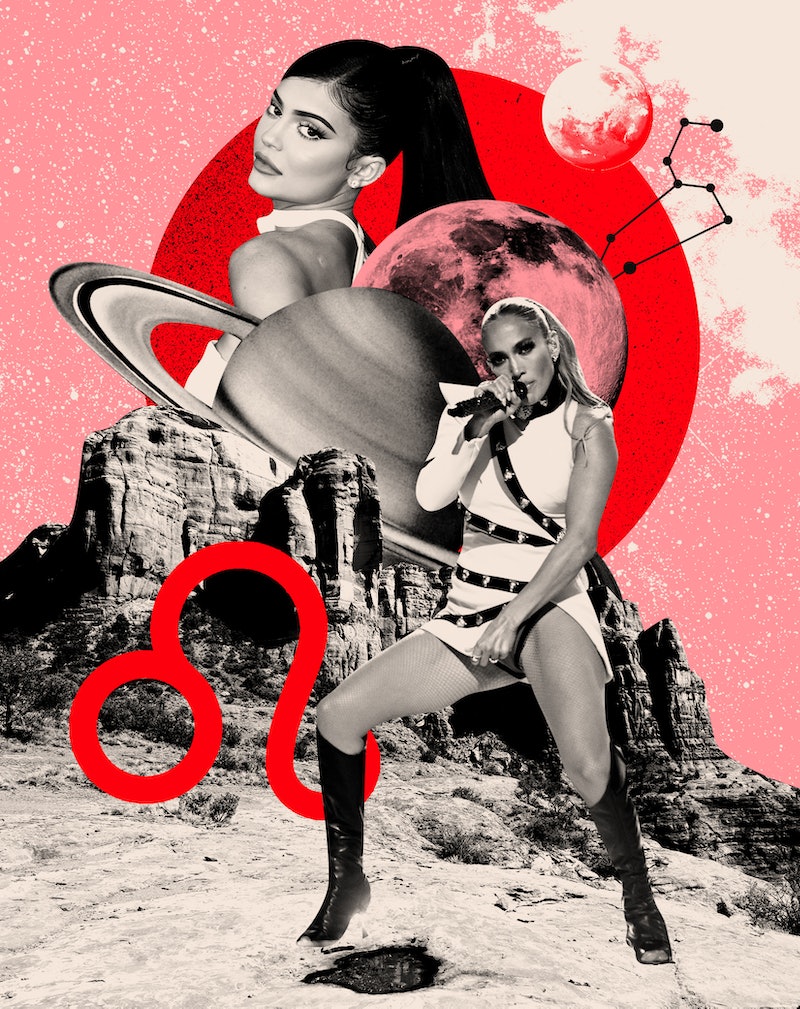 Just because we share a zodiac sign with someone doesn’t necessarily mean we’ll have a lot in common with them. In fact, some of the zodiac’s lions feel passionately that July Leos and August Leos may as well be from completely opposite sides of the cosmic jungle. Everyone’s zodiacal makeup is unique, of course, and personal planetary placements will vary based on the year, day, and even hour that someone is born. But are there any actual astrological differences between July Leos and August Leos? The answer is complicated.

There are plenty of astrologically-based reasons why people with the same zodiac sign can be very different, as our sun signs are only one small piece of the complex puzzle of our birth charts. So while Leo season dates are approximately July 23 through August 22, anyone born during that time could have totally different moon, Mercury, Venus, Mars, and rising zodiac signs depending on the exact date and time they were born. These people may share some core Leo qualities, but have major distinctions in the way they communicate, conduct relationships, process emotions, express themselves, and take action on things.

In traditional astrology, each zodiac sign was broken up into three subdivisions called decans, and these groupings change the way a sign’s energy is expressed. Each sign spans exactly 30 degrees on the zodiac wheel — so the first 10 degrees of a sign represent the first decan, the second 10 degrees are the second decan, and the last 10 degrees are the third decan. The sun travels approximately one degree per day during each zodiac sign season, so that means that all July Leos are first decan Leos, while most Leos born in August (with the occasional exception of those born on August 1 or 2) are either second or third decan Leos.

With decans in mind, let’s take a look at some of the major differences between July Leos and August Leos that bring a deeper layer of complexity and variety to the zodiac’s resident fixed fire sign.

1. July Leos Are The Most Stereotypical Leos

Leo’s ruling planet is the sun, but most Leos born during August are either second or third decan Leos — which means they have secondary co-ruling planets that influence the way their Leo energy shines through. Because first decan Leos (born in July) are solely ruled by the sun, they usually embody the most unadulterated of Leo qualities. All the strengths and weaknesses typically associated with Leo energy will usually show up more prominently and obviously in July Leos — like drama, creativity, confidence, courageousness, and a strong craving for attention.

Most Leos born during August are either second or third decan Leos — which means they’re co-ruled by either Jupiter (planet of growth) or Mars (planet of action). Both of these planets bring a more zealous and opinionated nature to Leo’s regal energy — so if you’re an August Leo, you might find yourself taking a stronger stance on things or getting into philosophical debates with friends more often than July Leos.

As the singular sign ruled by the sun, all Leos love to take the spotlight — but no one attracts a crowd quite like a July Leo. As first decan Leos who are arguably blessed with the strongest dose of the sun’s astrological warmth, these naturally glamorous and charismatic people can’t help but grab people’s attention. Of course, this can sometimes make them a little overly entranced by their own reflection, so it’s important for these lions to stay humble (a quality that comes a little easier to most August Leos)!

Leos are one of the fixed zodiac signs, which means they’re good at following through on things and tend to have a strong work ethic. But because most August Leos having happy-go-lucky Jupiter and headstrong Mars as additional planetary influences, these lions tend to have a wilder spontaneous streak than their July-born counterparts. While all Leos are pretty steady when it comes to making decisions, most August Leos have a stronger tendency to follow their impulses and make moves on a dime.

As first decan Leos, July Leos are purely ruled by the life-giving sun, which enhances their natural desire to express themselves through creativity. All Leos are driven by their passion and have an innate need to give form to their self-expression, making them talented artists who are devoted to their hobbies. But July Leos may find themselves doing so in a more tangible or visible way — such as through visual art, music, or performance.

All Leos are celebrated for their courageousness and confidence, but August-born Leos tend to be even more naturally ambitious than July Leos. That’s because about half of August Leos are co-ruled by the planet Mars, which is all about taking action and conquering goals — and this gives them an astrological edge when it comes to leadership skills. August Leos tend to march to the beat of their own drum and have a higher drive to take initiative.