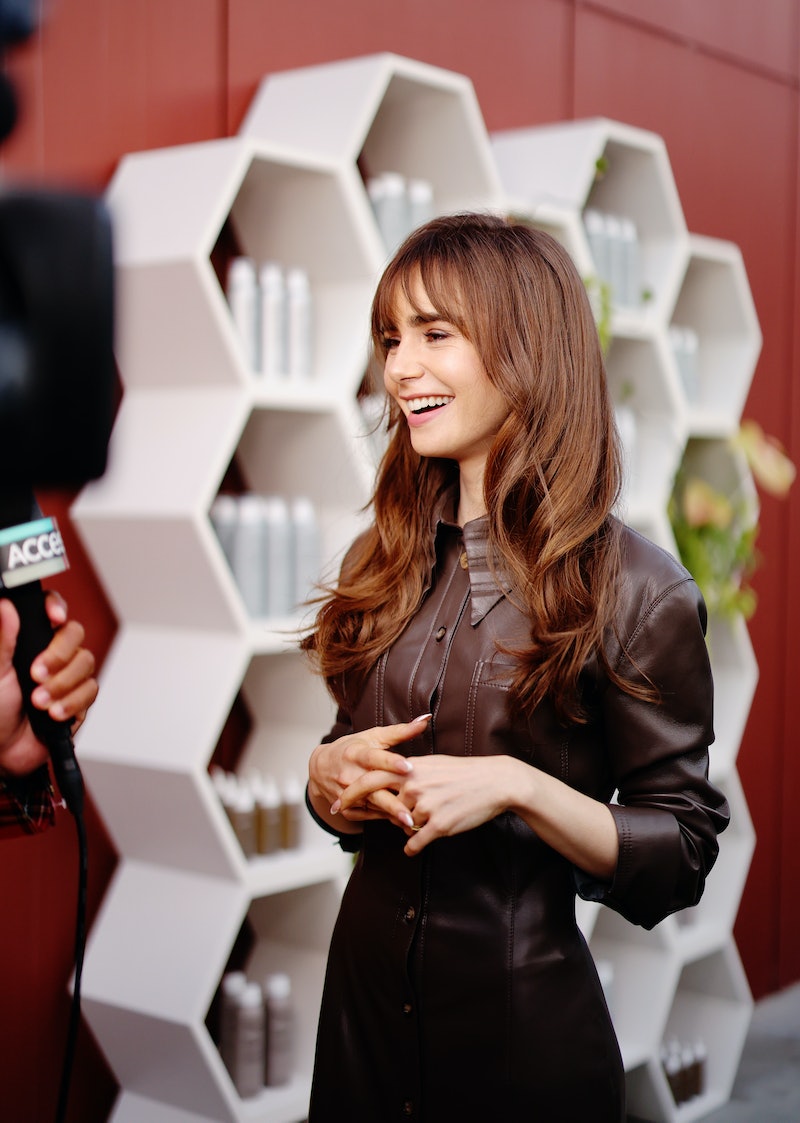 A version of this content appeared in Bustle’s daily newsletter on September 29, 2022. If you like what you see, sign up to receive it in your inbox right here.

Collins has been teasing new bangs since the middle of September, but it was unclear whether or not her new look made it into the series. Thanks to the teaser trailer for the show’s upcoming season, not only does the new style make the cut (pun intended), it plays a pivotal role in showcasing Emily’s current stressed-out mental state. Read More

Prefer Alcohol-Free Perfumes? Water-Based Fragrances Are On The Rise

If you’ve ever wished for “no makeup-makeup” in perfume form, then here’s some great news: Although they’ve been around for a decade, water-based fragrances are enjoying a bit of a renaissance. They’re significantly less potent and stringent than their alcohol-based friends, and have the added benefit of being gentler on skin — so go ahead and spritz with abandon. Read More

14 Women To Watch This Oscar Season

It took nine decades for the Academy Awards to recognize a female director, when Kathryn Bigelow won in 2010 for directing The Hurt Locker (which is even longer than the meme to jokingly indicate a long time). As the awards circuit inches toward more inclusivity, however, it’s still navigating an era of historic “firsts” — but could this finally be the year when *multiple* women are nominated for Best Director? Read More

Yes, it’s truly been 25 years since the world was blessed with the group’s iconic sophomore album, Spice World. To celebrate, the band is releasing a brand new version called Spiceworld 25 that will include previously unreleased material, like a 15-minute party “megamix.” Get ready to feel super nostalgic in the absolute best way possible. Read More

Midori Francis may not literally be cutting into people as a surgical intern at Grey Sloan, but joining the cast of TV’s longest-running medical drama comes with its own intensity, albeit less bloody — and its own set of mentors. Bustle talked to Francis about the advice Chandra Wilson gave her, what it’s like having to pronounce medical jargon, and more. Read More

Here’s Why TikTok Is Obsessed With This Valentino Eyeliner

A decent eyeliner is one of the most difficult beauty products to nail down: Ideally, it needs a precision applicator, a smooth formula, staying power, and a reasonable price point. The Valentino Twin Eyeliner is dual-sided and gives you both a gel and liquid option, which is perfect for customizing your look to your mood (or patience level) on any given day. Our beauty writer took it for a test run to see if it lives up to the TikTok hype. Read More

It won’t be the easiest day, but there’s hope. Read More

Is The Era Of High Shine Skin Behind Us?