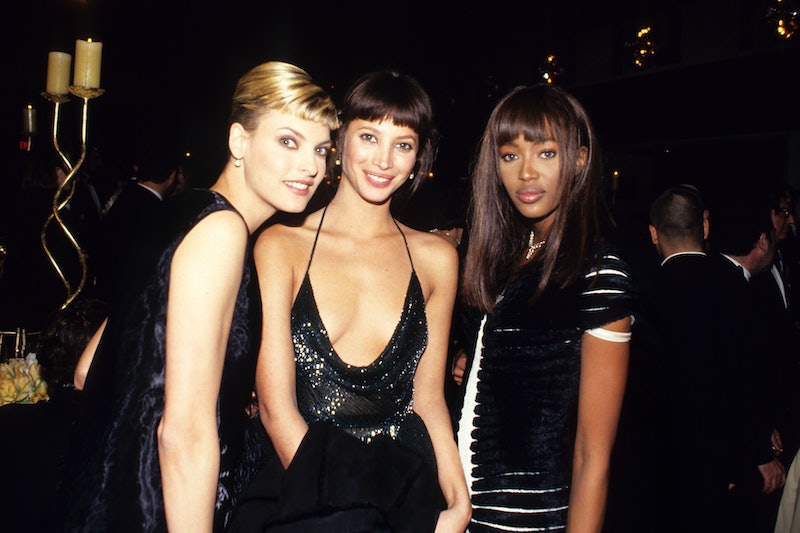 Bangs can be polarizing. The hairstyle sits in the love-it-or-hate-it section of the beauty world. That’s mainly because of its associated risk factor — since you’re chopping off the strands that frame and define the shape of your face, one wrong snip can sabotage the whole look. Although it’s easy to associate a fringe hairstyle with impulse decisions or French bombshells, bangs actually have a long history.

Based on historical pop culture depictions, Joan of Arc and Cleopatra are often portrayed as the original pioneers of bangs. While there isn’t any concrete proof, the hair look has certainly existed for at least 100 years, with the style du jour changing with each passing decade.

In the early 1900s, there were one or two defining bang styles with little experimentation outside of the mainstream trends. Compared to now, everything is fair game — that said, while people aren’t restricted to one particular style, there are still some dominating looks. So far, the modern take on fringe seems to be a revival of 1960s-era curtain bangs. But, going through the decades, the leading aesthetics have metamorphized — there has been everything from “bumper” bangs to a more easy-going feathered fringe.

Whether you’re window shopping for your next trip to the salon or conducting some light historical research, below is the 100-year history of bangs.

The roaring 20s was the flapper era, “known for the advent of blunt bangs and bobs,” Diana Hylton, hair care brand Covet & Mane educator, tells Bustle. The reigning fringe of the decade matched the bob styles that were popular: full with clean and severe cuts.

Fringe got softer as the ‘30s came along. “In the 1930s, we started to see curly bangs that are fairly light and wispy,” Hylton says, which is a stark contrast to the previous decade’s trending style. “[Bangs] were either very short or off to the side,” she adds, pointing to stars like Joan Crawford and Bette Davis.

The 1940s were defined by leading ladies like Lucille Ball and Katharine Hepburn. The bang style of the time was a combo of “pin curls and bumper bangs,” according to Hylton. These manes were highly stylized with lots of volume and little movement.

Fringe then got shorter: “The 1950s was about baby bangs,” says Hylton. This style featured short and uniform-length bangs that sat an inch above the brows. Think silver screen actresses like Audrey Hepburn and Elizabeth Taylor or the iconic pinup model Bettie Page.

The 1960s birthed today’s most popular style: the curtain bang. “Curtain bangs were big in the ‘60s and are making a comeback right now,” Hylton says. As the name implies, the fringe is about long and easy-to-style strands that can be brushed slightly to the slide to look like pinned-back curtains. Besides Brigitte Bardot, who will forever epitomize the style, Dianna Ross and the Supremes and Anna Karina also rocked the look.

According to Hylton, Farrah Fawcett’s “feathered fringe set the tone of the ‘70s.” The voluminous look, she explains, was made famous by the actor’s role in Charlie’s Angels, and was seen on other stars like Tina Turner and Chaka Khan. Thanks to TikTok users, the hairstyle has been making a serious comeback

Everything hair-related in the 1980s was about volume. Hylton says that, in terms of the era’s bangs, this meant a larger-than-life tousled fringe. The fringe style was the perfect accompaniment to the dominating curly hair of the ‘80s, as seen on big stars of the decade like Madonna and Michelle Pfeiffer.

In the 1990s, Jennifer Aniston’s “Rachel” cut took off. Although it was a very specific look, the overall bangs trend of the decade was defined by similarly side-swept strands. These were worn by the likes of Liv Tyler and Cameron Diaz.

The 2000s saw the debut of a new type of fringe that Hylton describes as “the blunt precision-cut bang.” These were cut straight across with every piece of hair in line and perfectly coiffed. Stars like Tyra Banks and Heidi Klum strutted red carpets with the look.

Hylton says the 2010s brought about “full, lash-length fringe.” Although it’s hard to pinpoint the precise nexus of the cut, it’s quite possibly related to Kate Moss, who infamously reported giving herself the cut with a pair of kitchen scissors. Generally speaking, the style is defined by “a full fringe with softened and edges and added texture,” says Hylton.

Mullets and baby bangs are strong contenders for this decade's top hits, but so far, curtain bangs are leading as the most in-vogue and requested hairstyle, says Hylton. If you’re thinking of trying curtain bangs on yourself, there is no shortage of celeb inspo: Everyone from Yara Shahidi to Elizabeth Olsen and Billie Eilish are all converts of the look.