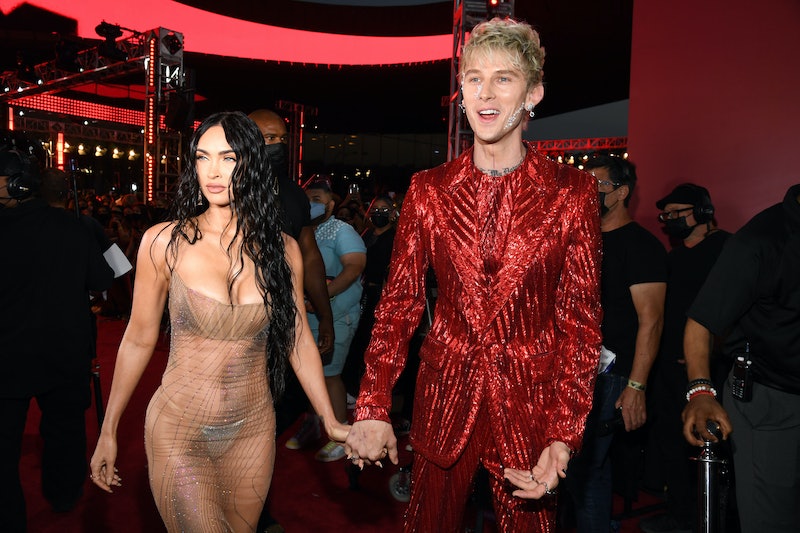 A version of this content appeared in Bustle’s daily newsletter on January 12, 2022. If you like what you see, sign up to receive it in your inbox right here.

Cody Rigsby Is All About Marie-Kondo-ing His Wellness Routine

Peloton’s most prolific instructor, Cody Rigsby, has an unusual morning ritual. “I try to unwind and disconnect at the beginning of my day,” he tells Bustle. “That means just turning the alarm off, having some water, making breakfast and coffee, maybe meditating. But I carve out at least 30 minutes before I connect with my emails and social media.” Does this mean he wakes up wound up? I have many questions. Luckily Rigsby answers them all, including disclosing his wellness secret weapon: dancing. “Obviously, I’m going to put on Britney Spears sometimes,” he says of his go-to tunes. “I’ll put on Whitney. Or anything old-school like Donna Summers — something disco.” Read More

From the makers of Don’t F*** With Cats, Netflix’s newest two-hour documentary tells the story of Israeli conman Shimon Hayut, who allegedly scammed women out of hundreds of thousands of dollars by posing as Simon Leviev, the son of billionaire diamond mine owner Lev Leviev. Set your calendars: It drops on Feb. 2, and looks set to be explosive. Read More

Gird your loins, people: Mercury retrograde is back! As of tomorrow, Jan. 14, we enter the first of four backspins this year, with this period due to last until Feb. 2. There are lots of things that might come your way during this two-week period: communication clashes, calendar mayhem, tech malfunctions. But according to the experts, it’s not all bad. Read More

Forget the pop-punk boyfriend: 2022 is all about the pop-punk husband. You probably already know that Machine Gun Kelly recently proposed to his longtime girlfriend, Megan Fox, under a banyan tree. Fox said yes, and in her own words, “we drank each other's blood. 1.11.22 ✨.” There was also a ring involved, designed in collaboration with Stephen Webster, and judging by MGK’s explanation, a lot of thought went into it. Read More

Is Anyone Having Fun On And Just Like That?

Even when Carrie was in the pit of despair from Big leaving her at the altar, the first SATC movie made time for Charlotte to sh*t her pants. Thus far, the reboot has found no such levity. This week’s latest episode makes its first stab at some humor, but is it too little too late? Read More

Figuring out which products will work best for fickle skin can feel like trying to solve the least-fun riddle ever. In this roundup of The Ordinary’s best products for acne-prone skin, everything is $10 or under, meaning you can take a few risks. Pro tip: Look out for products containing salicylic acid, a beta-hydroxy acid (BHA) that’s praised for its ability to exfoliate and control oil production. Win win. Read More

Turn your notifications off if you need to. Read More

Every Year He Texts Me: ‘I Love You’

Why Everyone In Hollywood Is Doing Dream Work