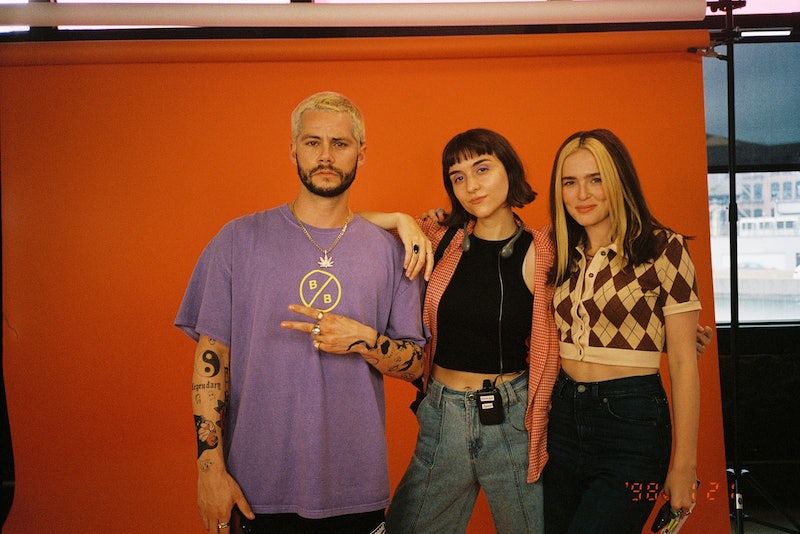 A version of this content appeared in Bustle’s daily newsletter on August 3, 2022. If you like what you see, sign up to receive it in your inbox right here.

The Most Interesting Man In Reality Television

If you enjoy The Bachelor less now than you did 4 years ago, that might be due to the departure of co-executive producer Elan Gale, who’s widely credited with lightening up the often-rigid fairy tale factory. (He played a key role in the much more playful spin-off Bachelor in Paradise, beloved for its ridiculous montages and irreverent editing.) Now he oversees his own mini-empire of dating shows, including The One That Got Away and FBoy Island. “In other words,” writes Bustle’s deputy entertainment editor Samantha Rollins, “he’s America’s foremost expert at getting people to hook up and divulge their deepest vulnerabilities on camera.” Here’s what he had to tell us. Read More

If all-over Valentino pink isn’t your bag, just dip your toes into the trend with a fun fuschia mani. I already took a screenshot of number five to bring to my next appointment. Read More

All The Major Astrological Events Happening In August

August is set to be a chain-breaking month with all the cosmic chaos going on. We’ve got conjunctions. We’ve got a particularly electric new moon. We’ve got retrogrades up the wazoo, and Uranus is bringing some wildcard energy. Read More

After coming out as non-binary in May of last year and announcing that her preferred pronouns moving forward will be they/them, yesterday the singer said she’ll also go by she/her pronouns. “Recently I’ve been feeling more feminine, and so I’ve adopted she/her again,” the 29-year-old said. “But, I think what’s important is, like, nobody’s perfect. Everyone messes up pronouns at some point, and especially when people are learning, it’s just all about respect.” Well-said, Demi. Read More

If you are a person who mourned the shuttering of Topix back in 2018, do I have the Instagram account for you. The @regret_counter_, run by Alissa Bennett who also co-hosts the The C-Word podcast with Lena Dunham, offers glimpses into various unnamed participants’ last hard night out. (Think PostSecret or Normal Gossip, but all about blacking out.) Read More

Most of the characters in this movie are Hype House incarnates, and O’Brien plays a “viral weed blogger” with a heavy dose of Pete Davidson vibes, minus the BDE. “I was really trolling the fandom by giving them the least sexy sex of all time,” says director Quinn Shephard. Here, she talks all about her inspo for the movie and its roster of misguided characters. Read More