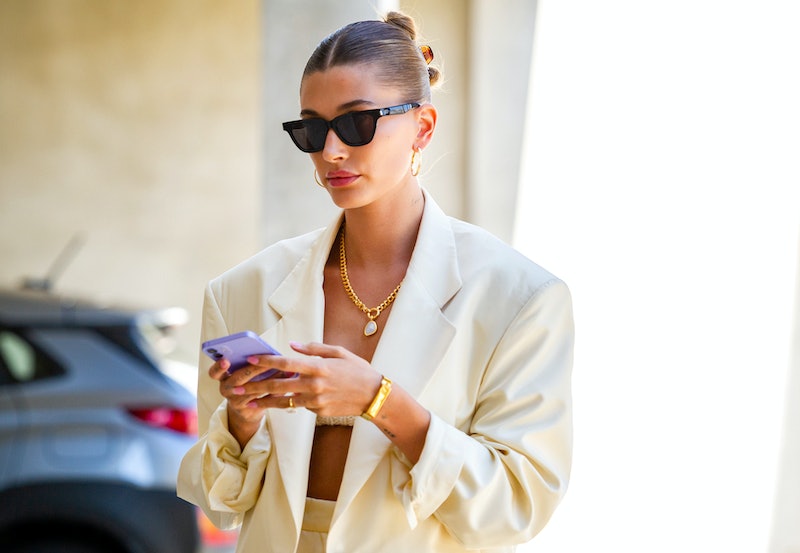 A version of this content appeared in Bustle’s daily newsletter on December 14, 2021. If you like what you see, sign up to receive it in your inbox right here.

Jennifer Aniston & EmRata Follow Dr. Shereene Idriss. You Should Too.

Perhaps better known as the doctor behind #PillowTalkDerm, Dr. Idriss has made a name for herself by whistleblowing beauty misinformation (see: her take on hyaluronic acid’s vastly overhyped status and her horrified reaction to Gwyneth Paltrow’s skincare routine). Frustrated by the proliferation of often meaningless industry buzzwords like “clean beauty,” she took to Instagram to vent. Now, her growing account (which is followed by plenty of blue checks — Jen, EmRata, and Mindy Kaling among them) has allowed her to open her own practice and start her own skincare line. And yet, she’s still giving away plenty of good advice, for free. Read More

The TikTok Way To Style A Claw Clip

It’s no secret that claw clips are everywhere right now, but if you have long hair — or just a lot of it — the sorcery that’s keeping everyone else’s stylish and functional updo in place all day might feel like a secret. But, as with all mystifying things, there’s a TikTok to show you exactly how it’s done. Read More

It was a big year for movies! Namely, we had them again. And while yes, there’s still a few blockbusters yet to debut, here are all the major titles we’ll be rooting for come awards show season. Read More

Margot Tenenbaum Is The Dark Academia Scorpio We Deserve

Today marks 20 years since the release of The Royal Tenenbaums, the 2001 Wes Anderson classic that’s known for many things — its unique visual style and very messy set of siblings among them — but most importantly, it’s known as the film that gave us Margot Tenenbaum. “I’ve always been convinced Margot Tenenbaum is a Scorpio,” writes astrologer Nina Kahn. “And now, I’m here to state my case.” Read More

At 28, Tarana Burke Started Setting The Stage For #MeToo

In September, Burke released her memoir, Unbound: My Story of Liberation and the Birth of the Me Too Movement, which chronicles her childhood in the Bronx and her path to activism — the first step of which all came when she quit the job she was working at the time. “Leaving that job allowed me to know I can do the work that I want without being tethered to a 9-to-5,” Burke tells Bustle. “I moved to Selma and started Just Be [Inc.], the organization that ended up starting Me Too. I wouldn't have done that if I hadn't quit that job.” Read More