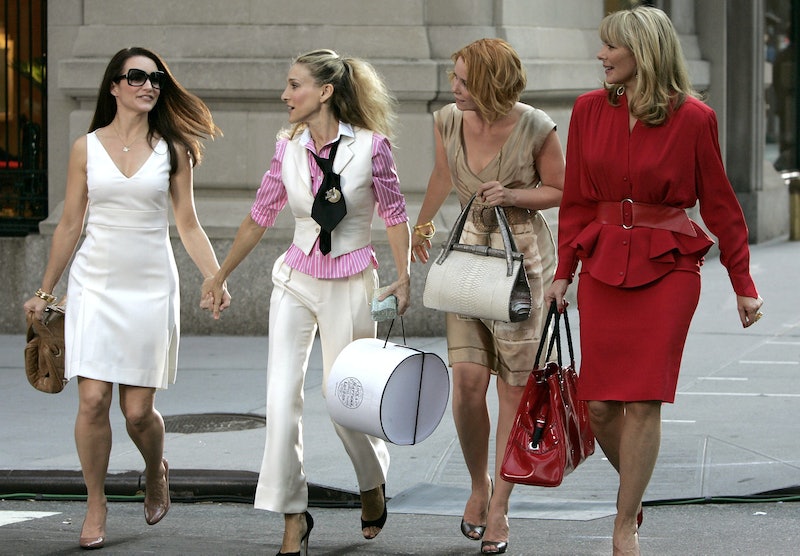 A version of this content appeared in Bustle’s daily newsletter on January 21, 2022. If you like what you see, sign up to receive it in your inbox right here.

While Bushnell says there’s a lot that the original show got right (she’s not involved with the reboot), it veered slightly from the feminist autonomy that her original book was anchored in. “Let me just say, I didn’t know any women who were like [Charlotte],” she tells Bustle with a laugh. “Most of my friends were like Samantha. We were pretty free-wheeling.” Here, Bushnell reveals her favorite (at least favorite) boyfriends, moments, and outfits from the show. Read More

In case you’re not yet immersed in this TikTok subculture, here’s what you need to know: It’s a mix of styles, from classic preppy to worn-in vintage. Essentially, the objective is to look like you just walked off the set of a Harry Potter movie. Read More

The Dewy Foundation Tessa Thompson Has Used For Over A Decade

Like many Black actors, Thompson struggled to find shades and hues that worked for her skin tone, so this one “felt like an oasis” when she found it. Read More

The First Time Ant Clemons Met Kanye, He "Screamed In His Face"

Kanye gave Clemons his big break with an extremely sexy feature on “All Mine,” from his 2018 album Ye. But while they were in the room together, Clemons couldn’t help but be the fan he was growing up. “The first time I met Kanye, I screamed in his face, and he started cracking up.” After that, though, the opportunities started flowing in: spitballing with Pharrell, writing hits for SZA and H.E.R., and collaborating with Beyoncé. Read More

The reboot has failed the men of the series, argues Bustle’s Dana Schwartz, by either killing them off or otherwise neutering them into dull automatons. The show needs a reminder that men can be supportive and also cool, hence: Smith. (Remember when he shaved his OWN hair because Samantha was going through chemo, even though his hair was his thing?) A lesser man would have balked as Samantha managed his career, changed his name, and made him a star (*cough cough* Berger). But not Smith! Read More

When Katrina Lenk learned she’d booked the lead role in Broadway’s Company revival, she shrieked, and then the gravity of actually doing the show set in. “It’s super intimidating because it’s these titans [such as Stephen] Sondheim and director Marianne Elliott.” Sondheim came to the show’s opening night, but passed away days later, and now Lenk and her co-star Patti Lupone are carrying on his legacy. Read More