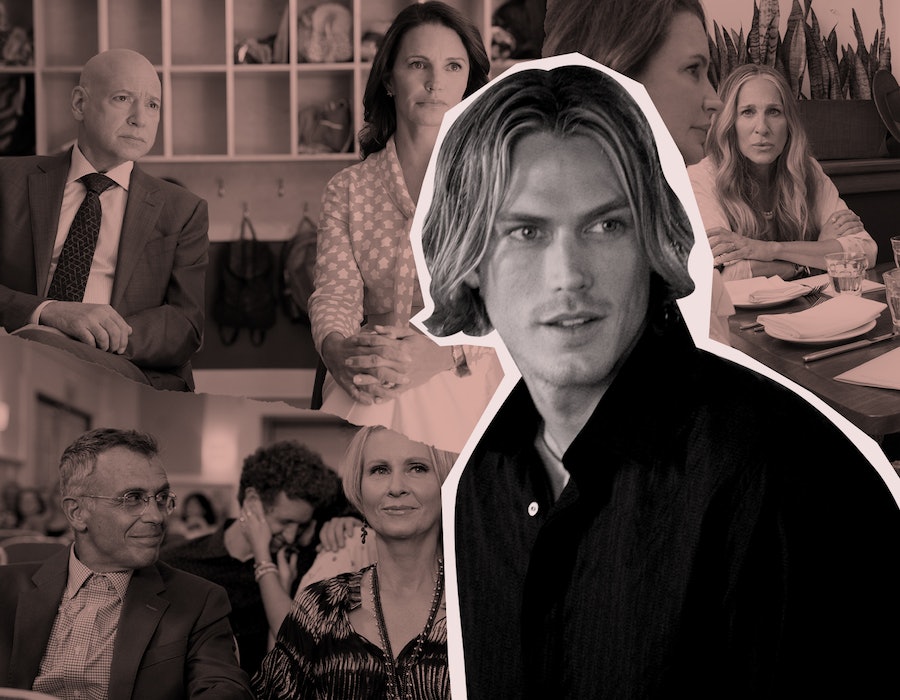 I realize that this column is very quickly becoming an episode-by-episode analysis of And Just Like That, the Sex and the City reboot on HBO. But to be honest, I don’t know how anyone is expected to write — nay, think about anything else — when the seminal text of my childhood, the show I watched for hours every day after high school on E!, is back and it’s so bonkers.

(Am I supposed to write about Emily in Paris again? I can’t! Season 2 is objectively a little bit better and less deranged than Season 1. Bonne for Emily!)

But And Just Like That. Oh, And Just Like That. There’s a bevy of wild subplots and character choices so unmoored I wonder if the writers even watched the original show at all. The internet has already thoroughly digested the tornado of cringe that is the weed-doing, comedy-concert hosting Che Diaz and their deeply off-putting burgeoning relationship with Miranda. Why is Miranda acting like this!? Why would she ever cheat — cheat! — on Steve, when we all remember that a singular physical slip-up on his part almost led to their marriage crumbling in the Sex and the City movie? And now you’re getting fingered in your friend Carrie’s kitchen? I refuse to buy it.

Which brings us to poor Steve. Poor Steve, once a very cool bartender who gave Miranda the best sex of her life. (I can still hear Carrie’s voiceover in my head: “He gave Miranda two orgasms, straight up.”) And now he gets lost in a farmers market and somehow forgot how to finger a woman? Needing hearing aids is one thing, but his plot line is verging on a Still Alice situation.

An excellent article for Vogue detailed the many ways in which And Just Like That has failed the men of the series, either killing them off (Big) or otherwise neutering them into dull automatons (Harry and Steve). And so, I come to you, the reader, with my humble pitch for a solution, a way to elevate the men of the show and lend some sex appeal to Sex and the City: bring back Smith.

Smith Jerrod was maybe the best partner the show ever had: loyal as a puppy dog, incredibly handsome, successful, charming, and, above all, he just got Samantha. The show needs a reminder that men can be supportive and also cool. Remember when he waited while Sam had sex with that terrible hotel guy just because he wanted to make sure she would get home safe? When he shaved his OWN hair because Samantha was going through chemo, even though his hair was his thing? Smith was never threatened by Samantha’s sexual past or by her career ambitions. A lesser man would have balked as Samantha managed his career, changed his name, and made him a star. Smith was only ever fully in love with Samantha because of how capable and powerful she was.

Here’s how I see this all going down: Smith is in town at a movie premiere. He hasn’t heard from Samantha since the breakup so he doesn’t know the girls had a falling out, and he invites Charlotte, Miranda, and Carrie to his movie, thinking they’d be Samantha’s plus-three. Of course, Sam isn’t in the city so she never gets her invitation, but the three of them get to go to a cool Hollywood soirée and meet up with an old friend who’s now (presumably) in Marvel movies.

Would he and Carrie feel a spark? Would Smith have cool Hollywood friends to introduce her to? Would he bring along one of his movie-star co-stars for Carrie to date? Maybe Matthew McConaughey could come back!

Above all, I think Smith’s ultimate purpose would be calling Miranda out on her bullsh*t the way that seemingly no one else has been able to do. He was always able to hold Samantha accountable for her bad behavior, and now, in the absence of his ex, we need a proxy to be able to talk sense into the girls. Can’t you just imagine Smith hearing about Miranda cheating, shaking his beautiful blonde head and going, “Not cool.” Miranda would protest — she thinks she’s so much smarter than him — “No, you don’t understand!” But Smith was always smarter than he looked and he would just say, “I understand perfectly. You felt unsatisfied, so you cheated on your husband,” and CUT HER TO THE CORE.

Aiden has a wife and babies and Carrie doesn’t deserve him — let him live his life away from her toxic drama. If we want to bring back a nostalgic love interest, the answer is Smith.