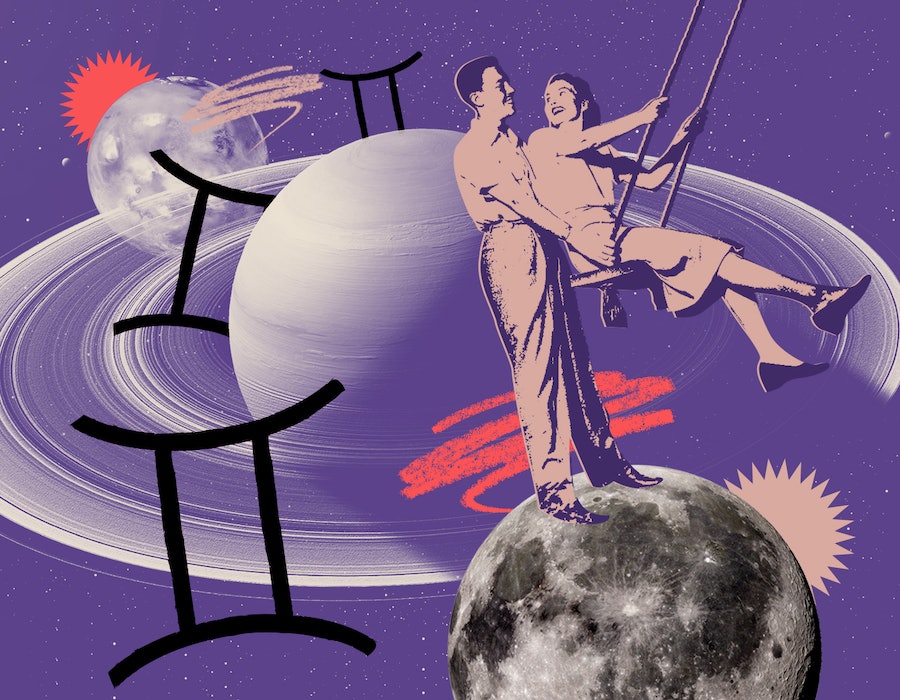 Air signs are the zodiac’s sharp-witted social butterflies. That’s part of what makes dating a Gemini zodiac sign such an interesting and mentally-stimulating experience. While there’s much more to relationships than zodiac signs alone, looking to the astrology of love can help us all get on a more cosmic wavelength when it comes to romance. If you were born under the sign of the twins, knowing the most common mistakes Geminis make in relationships and how to avoid them can make your love life flow a lot easier.

If you’re dating a Gemini, you’ll probably never run out of fun things to talk about, as they have an endless supply of fascinating facts and controversial opinions in their back pocket. Gemini is an air sign, which explains why they appreciate having a strong mental connection with their romantic partner. Geminis aren’t known for having a long attention span, but that just means that they end up starting lots of interesting conversations and seeking out exhilarating new experiences to keep themselves stimulated — all of which can lead to a fast-paced, socially fulfilling, and exciting relationship.

As an astrologer, I know that every zodiac sign has a unique way of approaching things in love and a different set of struggles to overcome when dealing with romance. And when it comes to astrological dating advice for Geminis, the best thing to do is to avoid making the following common mistakes in relationships.

Geminis are ruled by mental planet Mercury, the fleet-footed cosmic messenger — which is what makes them so flexible and quick-thinking. But this swift and sprightly energy also contributes to their famously short attention span, so Geminis should beware of their tendency to get bored and move on from things without putting in the work necessary to make love last.

2. Being Hot & Cold In Relationships

As the zodiac’s mutable air sign, Geminis tend to change their minds a lot and switch things up on a whim. However, their naturally mercurial nature can put a strain on romance when it manifests as them being hot and cold with their feelings. Geminis should try to check themselves if they notice that they’re being fickle, especially if someone else’s emotions are involved.

Geminis have a reputation for being two-faced, and that’s mostly due to their tendency to occasionally twist the truth. White lies may seem harmless to a Gemini, but even seemingly trivial deceptions can cause serious trust issues within relationships. So remember, Geminis: Honesty is always the policy.

Geminis need lots of mental stimulation to keep themselves entertained, so sometimes they might find themselves starting rumors or stirring up dramas to bring some excitement into the relationship. Resist the urge! Find less problematic ways of spicing up your connection — like by going on a short trip or signing up for a fun workshop together.

5. Spreading Themselves Too Thin

Geminis are represented by the symbol of the twins, so they tend to do twice as many things twice as fast as the average person. But their penchant for multitasking can sometimes lead to drama in the romance department, as they might spread themselves too thin — whether by dating too many people at once or simply having so many social obligations that they don’t have time for their partner. They should avoid putting their hands in too many pots.

6. Getting Carried Away With Gossip

Gossip has its time and place, but within a relationship, it can be a recipe for disaster. So while it’s easy to have temporary sour feelings about your partner when you’re in a fight, Geminis should be careful to never badmouth their significant other to friends. They should practice venting without saying anything that would damage someone’s reputation.

7. Forgetting To Look At The Big Picture

The sign of Gemini is associated with the third house of the zodiac, which is all about our immediate surroundings. That said, sometimes Geminis can get so focused on the current situation within a relationship that they forget to look at the big picture. While no one can predict the future, Geminis should practice at least envision where they’d like things to go with a partner so they feel a sense of direction.

8. Not Giving Their Partner Enough Attention

As one of the mutable zodiac signs, Geminis are easily distracted and always on the go — which can sometimes lead to them not paying enough attention to their romantic relationship. Even if they have a busy schedule, Geminis should prioritize quality time with their partners. Otherwise, they may end up so busy flitting from plan to plan that they lose sight of where things are at with their lover.

9. Using Logic To Think About Love

Love is one of those things that can’t be quantified using logical thinking, but that doesn’t mean intellectual Geminis won’t try! However, it’s just as important to honor the emotional layers and sensitivities within relationships as it is to be practical — so if you’re a Gemini, try to treat your relationship less like a math problem and more like a beautifully complex poem.

10. Trying To Solve Their Partner’s Problems

Solving puzzles and picking apart riddles is a clever Geminis jam, but they shouldn’t apply these same skills to their partner’s dilemmas. Sometimes these air signs can get lost in logic and forget that they’re dealing with human emotions, so Geminis should make sure to keep empathy at the forefront when talking through struggles in a relationship.