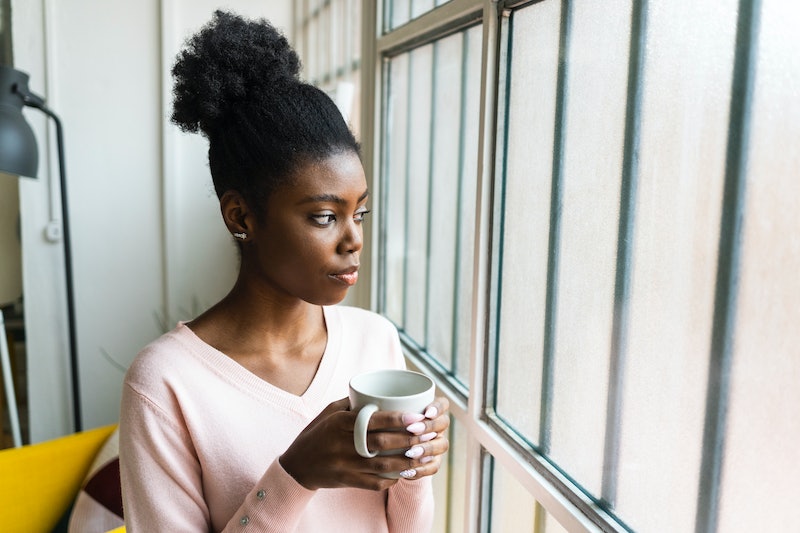 Getting back together with an ex isn't really something Scorpios like to do. When in love, they tend to put their whole heart and soul into the relationship. They're intense and deeply emotional by nature. If they could be with their soulmate forever, they would. Because Scorpios invest so much of themselves into their relationship, they don't take breakups lightly. Once a Scorpio decides they're done with a relationship, they tend to end it and never look back. While that's true for most of their exes, there are three zodiac signs Scorpio will likely regret breaking up with.

"Scorpios can be, shall we say, obsessive, especially when it comes to affairs of the heart," astrologer Clarisse Monahantells Bustle. "They tend to take breakups quite hard. Being a fixed water sign, they can have a difficult time letting go, but once they do, they come out far stronger."

The zodiac's scorpion is associated with the Death card in tarot, which is all about change. Because of this, they have the ability to "regenerate and rise from the ashes" no matter how much their heart has been broken. Regardless of their ex's lingering feelings, it's not uncommon for Scorpio to hook up with someone new immediately after a breakup. Scorpios also can shut people out permanently, especially if they feel like they've been done wrong.

Scorpios are unlike any other sign you'll ever come across. According to Monahan, they like to think they have a big impact on the people they meet. "Nothing could be more true for their exes," she says. "They like to think the people from their past will always hold a torch for them." If you've ever dated a Scorpio, you'd know they're hard to forget.

But do Scorpios miss their exes as well? Although the scorpion is notorious for cutting people out of their lives, there are three zodiac signs Scorpio will likely regret breaking up with.

More like this
Think Your Partner Is Cheating? These Tarot Cards May Confirm Your Suspicions
By Kristine Fellizar
These 4 Zodiac Signs Will Be Extra Lucky In October
By Brittany Beringer
Here’s Why Sagittarians Should Pursue A Career In Academia
By Nina Kahn
Libra & Aquarius Can Be Great Together, As Long As They Do One Thing
By Kristine Fellizar
Get Even More From Bustle — Sign Up For The Newsletter