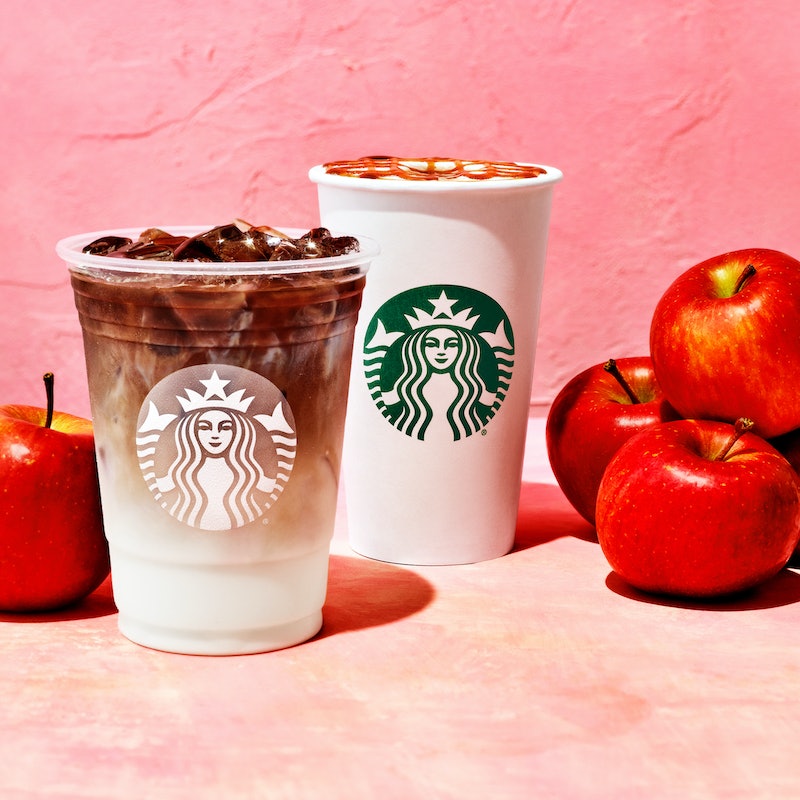 There’s a new Starbucks fall drink in town, and it surprisingly has nothing to do with pumpkin. Following the highly anticipated return of its Pumpkin Spice Latte, the coffee chain just announced that it’s adding the Apple Crisp Macchiato to its fall 2021 lineup.

Available now for a limited time, the autumnal beverage starts with steamed milk and espresso before flavors of apple and brown sugar are added to the mix. Topped with a caramelized spiced apple drizzle — which is made with apple juice, apple puree, cinnamon, and nutmeg — the Starbucks Apple Crisp Macchiato basically tastes like a warm, delicious slice of apple pie in a cup. Oh, and good news for those who are on Team Iced Coffee Year-round: You can get it either hot or cold.

One Taste of Home editor, who reviewed both the hot and iced versions of the Apple Crisp Macchiato, actually prefers the beverage when it’s cold. “The iced drink blends in the apple flavor even better than the hot drink,” she wrote, describing the macchiato as a “delicate apple beverage.”

Turns out Starbucks goers haven’t only been asking for the all-famous pumpkin flavor. “The number-one thing we heard when developing the ingredients was customers wanted more apple,” said Raegan Powell, senior manager on the Starbucks research and development team, in a press release.

Ever since the PSL’s debut in 2003, Starbucks has kept customers on their toes every fall with its seasonal menu. Past favorites include the Maple Pecan Latte and Salted Caramel Mocha. This year, in addition to the Apple Crisp Macchiato, Starbucks debuted the Pumpkin Cream Cold Brew for the third season in a row, along with the Pumpkin Cream Cheese Muffin and Pumpkin Scone.

If you truly can’t get enough of the Starbucks seasonal goodness, you can stock up on its fall-themed products at your local grocery store. Pumpkin lovers get to pick from two brand new concoctions: Pumpkin Spice Flavored Non-Dairy Creamer and Pumpkin Spice Cold Brew Concentrate. Then there are returning favorites, like the Pumpkin Spice Flavored Coffee K-Cup pods and Roast & Ground, as well as the Maple Pecan Flavored Coffee K-Cup pods and Roast & Ground — all of which will transform your kitchen into a makeshift version of the coffee chain.

It might still be 95 degrees outside, but just one sip of Starbucks’ new Apple Crisp Macchiato or PSL is enough to get you in the fall spirit and ~almost~ make you excited about sweater weather.