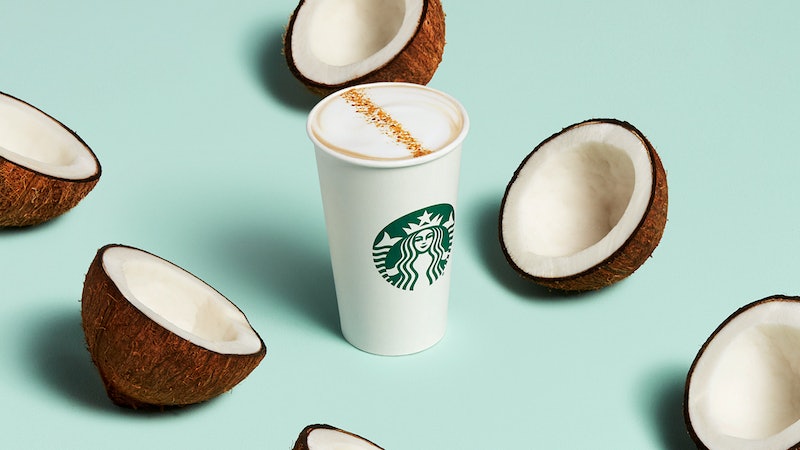 Whether you’re eating plant-based for the first time or you’ve been vegan long before “being vegan” was a thing, Starbucks has more options than you’ll know what to do with. In addition to menu items that happen to be plant-based, there are lots of Starbucks vegan drink hacks that will keep you plenty caffeinated, as well as animal byproduct-free.

Starbucks is no stranger to vegan drinks. In 2018, the company offered a limited-time plant-based blended cold brew. The Starbucks Protein Blended Cold Brew came in two flavors, almond and mocha, and was made with non-dairy milk and a vegan protein. Unfortunately, the drink is no longer available, and it should be noted that Starbucks’ current protein drink powders are not vegan.

But fear not vegan friends, there are still plenty of options if you’re looking for dairy-free and plant-based Starbucks drinks. For starters, if you’re wondering whether a sauce or topping uses animal byproducts, try using the Starbucks customize feature online. You’ll be able to see details like whether a specialty drink sauce is made with dairy (e.g. mocha sauce is vegan-friendly while caramel sauce uses milk). If you need some more inspiration, here are seven vegan hacks for Starbucks you’ll want to try ASAP: