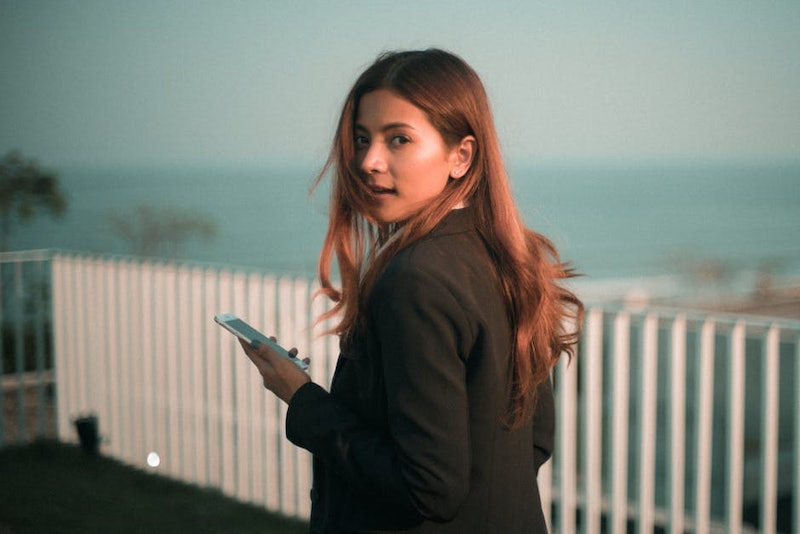 I'm pretty sure no one's ever sat up in bed and promised themselves to have a negative day. "Hey self, let's make today super negative" is just not something people think. And yet, so many of us engage in little habits that attract more negativity, this way of thinking might as well be a morning mantra.

Whether it's thinking cranky thoughts on the subway, gossiping at work, or procrastinating for forever, habits like these can and will make your life feel crappy. Of course it's impossible to be sunny 100 percent of the time. And everyone's entitled to a bad day. But it's still so important to recognize how and when you might be hopping on that negativity train.

As relationship therapist Rhonda Milrad says, "It is important to realize how you’re bringing negativity into your life because it affects your relationship to yourself, to others, and to the world in general. If you can’t identify your negativity, then you are not able to mindfully track it, externalize it, and change your patterns. And this negative thinking results in you having less happiness and enjoyment in all areas of your life." Read on for some signs you may be attracting negativity, as well as what to do about it.

1. Procrastinating Instead Of Getting Sh*t Done

It certainly feels easier to push things off until tomorrow, like replying to all your emails or finally filing your taxes. And yet, we all secretly know know procrastination makes things worse. Not only does it create feelings of stress and guilt, but it can screw up other people's days, Milrad tells me. That's why it's much better to just get up and get sh*t done.

2. Complaining To Friends All Day Long

It's perfectly OK to vent to friends or family after a particularly horrible day. But making a habit of complaining can become a bit draining, especially since the very nature of complaining is negative. As motivational coach Stephanie Bjarnson, CHt tells me, focusing on what went wrong can turn on a negativity cycle that just won't quit. And that's never a good thing.

3. Saying "No" To Spontaneous Invites

Sometimes you just gotta say "no" to an invite and enjoy some time to yourself. But don't let it become a habit that keeps you home alone every single day. "Not being spontaneous, nimble, and flexible will quickly result in a very predictable, unadventurous life that feels narrow and limiting," Milrad says. And there's nothin' positive about that.

The words floating around inside your head have a huge impact on how you feel. For example, thinking things like "I have to meet up with friends tonight" makes a fun outing sound and feel more like a chore. As certified leadership coach Aenslee Tanner says, "Replacing 'have to' with more empowered language such as 'get to,' 'want to,' or 'choose to' reminds your brain that you are in charge of how you spend your precious time and that you can make different choices if desired."

5. Watching Or Reading The News More Often Than Necessasry

Of course it's incredibly important to stay informed, but that doesn't mean you need to watch the news for five hours after work. "There are many studies citing the negative mental and physical effects of consuming negative news," Tanner says. "Cutting it out completely or at least regulating your consumption to a less regular frequency is a way to open up your personal bandwidth to more positivity."

6. Checking Social Media As Soon As You Wake Up

If you enjoy seeing what everyone's up to first thing in the morning, then keep doing your thing. But if you get sucked into arguments on Facebook or catch yourself stalking your ex, it may be time to reconsider when you check social media. As success strategist Carlota Zimmerman tells me, giving into these habits will only make you feel jealous, angry, or lonely. That's certainly not something you need ever, much less first thing in the morning.

7. Gossiping About Others And/Or Thinking Mean Thoughts

If you think rude thoughts about everyone on the subway, or get roped into workplace gossip, stop it now. Not only is this a surefire way to create negativity in your life, but "pointing your finger outwards is a definite recipe for disaster," says life coach Heather Monahan.

8. Thinking To Yourself "I'm Not Good Enough"

While it's normal to feel some doubt throughout the day, try not to let negative self talk run amok in your brain. As business coach Drew Stevens tells me, thinking things like "I'm not good enough" means you're focusing your attention on the wrong (read: negative) areas. If you can focus on all the good things you do bring to the proverbial table instead, you should feel more positive in no time.

9. Constantly Blowing Off Your Plans

I'm all about the occasional last minute cancellation in favor of staying home. But, as wellness coach Dr. Joanne Royer tells me, consistently canceling plans can start to weigh heavy on your brain. First, there's the guilt that comes along with a cancel, especially if you lie about why you're canceling. And then there's the whole social isolation thing to contend with. If you feel negativity creeping on into your life, it may help to stick to your plans more often.

10. Feeling Guilty About What You Haven't Accomplished

Speaking of guilt, does this feeling creep on into your psyche more often than you'd like to admit? While it's OK to acknowledge a mistake or missed opportunity (like not going to the gym when you said you would), it's not always helpful to dwell on what you did "wrong," certified life coach and growth strategist Tara Bradford tells me. Sometimes you just gotta make a promise to do better next time, then move on.

11. Getting Up Super Late

While you don't necessarily have to pop awake at the crack of dawn, there is something to be said for getting up early and starting your day. This has a lot to do with partaking in the benefits of sunlight, health and lifestyle coach Jaya Jaya Myra tells me. But waking up on time also allows you to relax before work, have more time in your day, and feel less stressed.

All good things that can lead to a much more positive day.