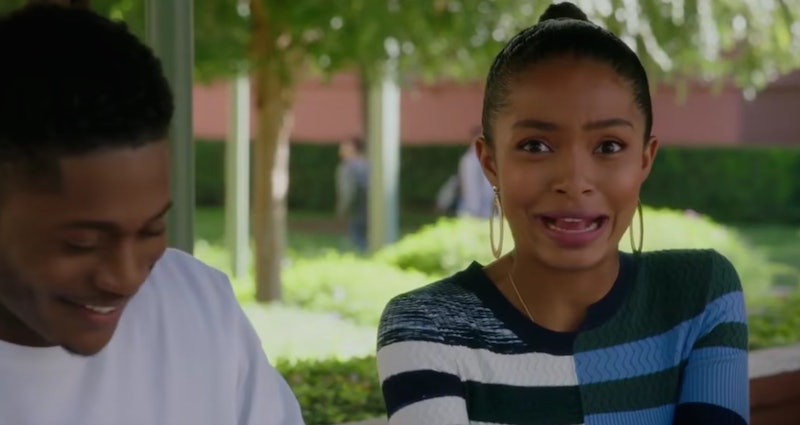 The new Freeform show Grown-ish follows Zoey Johnson from Black-ish as she embarks on a new journey at a Cal U. It's the perfect spinoff, because it allows the important conversations that are so wittily held on Black-ish to unfold in a setting where everyone is learning more about the world: college. Plenty of movies portray this pivotal point in people's lives, touching on the subjects Grown-ish is currently exploring. So, these are the 11 movies to see if you love Grown-ish, since they depict many of the same subjects as the Freeform show, whether it's drug use or new romances.

One of the best things about Yara Shahidi's Zoey is how relatable she is, in that she doesn't have it all together. The fact that fans have been able to watch her grow over the years first on Black-ish allows audiences to feel a unique connection to the character, as if they have been growing up right along with Zoey. With these 11 movies, viewers don't have quite as intimate of a relationship with the characters, but they're still just as relatable as Grown-ish is. High school and college are always formative times in people's lives, and being able to watch other people go through it and say "same" is the greatest gift from TV shows like Grown-ish and each of these movies.