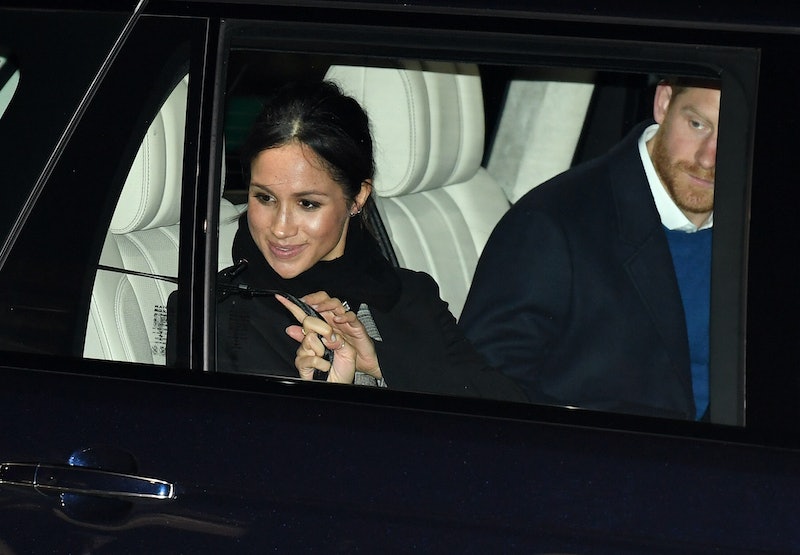 The big day is nearly here — Meghan Markle and Prince Harry's wedding is only three months away, and I'm so excited I could cry. I've been following news about the royal wedding obsessively, even though I'm done with wedding planning. If I was still engaged, I'd definitely be looking to the world's favorite couple for inspo and stealing all the wedding tips I could from Markle. Even though my wedding budget pales in comparison to Markle's — Prince William and Duchess Kate spent nearly $40 million on their wedding, according to CBS — there are little details that are easy for any soon-to-be-bride to recreate.

Markle isn't exactly an average American marrying into the British Royal Family. She has an accomplished acting career and was already known in Hollywood before falling in love with the prince, but she's still in for a major change of pace once she becomes royalty. It makes sense that a lot of her wedding planning seems to be pretty low-key and sensible compared to the lavish extravaganzas we're used to seeing from the royals. If you're getting married soon or just daydreaming about planning a wedding, Markle's wedding style is pretty easy to copy. Here are a few of my favorite things expected to be spotted at the royal wedding that won't cost you an arm and a leg.