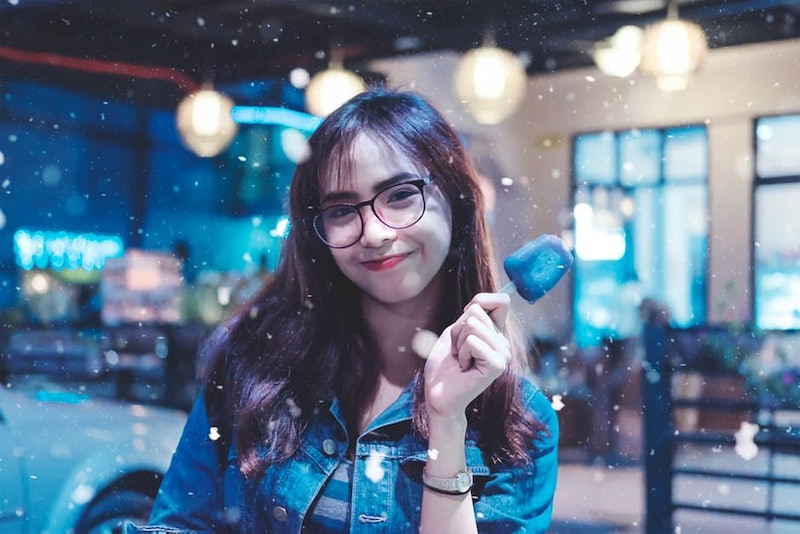 It's totally normal to occasionally slip up and say something rude. Whenever it happens, you likely catch yourself right away and apologize. Sometimes, though, it's possible to offend someone without even realizing it. If you've ever shut down a room or received a horrible side-eye, then you likely realized something was up. But maybe you weren't sure what exactly you did wrong.

And that's totally OK. If you didn't mean anything by it, most people will forgive your comment and completely understand. After all, navigating what's OK and what isn't is part of the human experience. In these instances, all you can do is apologize and try to be more sensitive going forward, couples' counselor Julienne Derichs, LCPC tells me. "Being accidentally offensive or insensitive can be remedied by a sincere apology, or by not being offensive or insensitive on a regular basis," she says.

Of course, it's impossible to predict what might rub someone the wrong way. Everyone is different, some people are more or less sensitive, and everyone has gone through different trials and tribulations. But there are still some universally offensive words and phrases that everyone should avoid. Check some of them out below, and make it a point to avoid them from here on out. The world, and everyone's feelings, will thank you.

We've all referred to a friend as "crazy," or called our boss a "psycho." But rarely do we stop to think about the true meaning of these words, or their effects. By calling someone "crazy" we're essentially invalidating their emotions. And, it inadvertently downplays what those with real mental illness have to deal with. Definitely better left unsaid.

As far as non-apologies go, it doesn't get much worse than this. By saying "I'm sorry you took it that way," you're basically saying, "I'm sorry everything really is all your fault," Derichs says. While not always intentional, it often comes off as so, so mean.

Don't get me wrong, everyone is entitled to their opinion. But starting sentences this way — especially during an argument — isn't always the best choice. "If you need to state 'in my opinion,' it already implies that you are providing unsolicited advice," says licensed marriage and family therapist Tania Babienko Gorham. Not to mention these words are usually followed by a hurtful comment. Not cool.

While you might say this to end an argument, it usually has quite the opposite effect. "It often comes off as 'I don't care about your opinion any longer and I'm done,'" Derichs says. "[It leaves a person] high and dry with emotions that could easily be worked through in a conversation."

5. "You just need to love yourself"

I'm all for loving yourself and encouraging your friends to do the same. But sometimes, telling someone "to love themselves" can come off a bit cruel. As health coach Janis Isaman says, "... it [can imply] that she needs to fix herself before she is worthy of love." Not your intention, of course. But definitely something to keep in mind.

In the same vein as calling someone crazy, telling a friend/partner/co-worker/whoever to "not be so sensitive" can be mighty rude, Derichs tells me. It implies that their emotions aren't OK, or that they're just being silly. It really can hurt.

While speaking your mind is obviously a good thing, being 100 percent "honest" is often just an excuse to say whatever the hell you want. So be careful with this one. As Derichs says, "Being 'open and honest' does not mean spouting off thoughts and feelings without consideration for the person you are speaking with."

While often meant as a joke, implying that someone is "on their period" is just as bad as calling them "crazy." (See point numero uno above.) People say this when a woman is being rude, or cranky, or otherwise PMS-y. It's basically saying she can't have these emotions — or any emotions at all. Not OK.

9. "Everything happens for a reason"

It's so tempting to say this when someone is going through tough times, but it's not actually all that helpful, New-York-based relationship therapist Jean Fitzpatrick tells me. "Although later on ... people can connect the dots backwards, saying this to a person going through a hard time implies they should be looking on the bright side instead of struggling right now." Way more offensive than it sounds, right?

While you might mean this as a compliment, someone's change in appearance really shouldn't be a topic of conversation, Fitzpatrick tells me. "You mean it as a compliment, but it's a minefield," she says. Someone might have body issues, problems with their self-esteem, or an illness that's affecting their look. You never know, so best to leave this untouched.

While you may be tempted to stand in solidarity with your friend as they go through a break up, calling their ex "a jerk" isn't actually much help. As Fitzpatrick says, "... presenting yourself as the authority on their ex is not necessarily welcome, and may make them feel stupid. If they dump on the guy or gal you can be supportive, but don't lead the charge."

While it's not possible to be 100 percent perfect in your day-to-day interactions, it always helps to keep in mind little ways you might be rude or offensive. The world will be a much better place as a result.