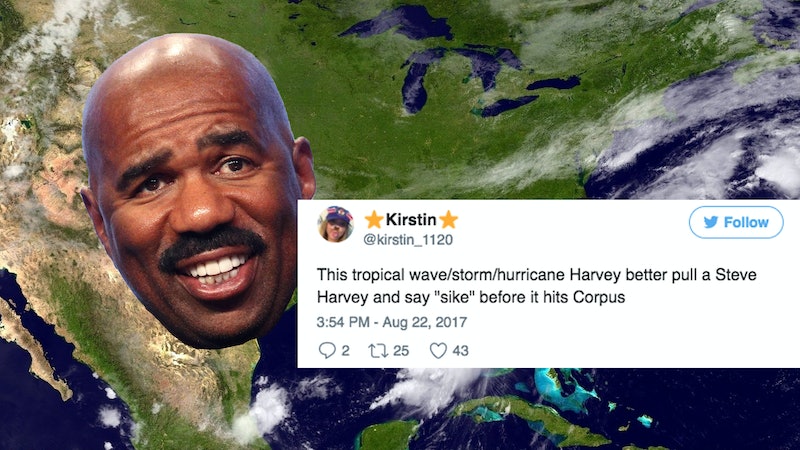 UPDATE: On Friday, Hurricane Harvey intensified into a Category 4 storm as it neared landfall on the Texas coast. Millions of people are in danger, and the National Hurricane Center predicts that some areas could see 13 feet of storm surge.

There are many ways you can help. If you live in Texas, you can house Hurricane Harvey victims for free through AirBnb. You can help the homeless, as well as stray animals in the area. If you live anywhere else, there are still plenty of ways to help from afar, including donating to organizations that will provide relief.

EARLIER: In the early hours of Thursday, Hurricane Harvey drifted into the Gulf of Mexico. After it was predicted that the rapidly strengthening hurricane would head toward Texas' coastline, Gov. Greg Abbott implored locals to prepare for potential damage and disaster. The state has officially issued warnings for at least 30 counties. In addition to heavy rainfall, the hurricane is expected to bring flash flooding. As these worrisome details poured in, the internet was talking a lot about Hurricane Harvey on Twitter.

A lot of people noticed how both the hurricane and television host Steve Harvey share a name, and the #Harvey hashtag on Twitter had tweets from weather updates, warnings, and other ways to cope with the upcoming storm.

A Different Way To Look At It

Students Are Enjoying These #Harvey Jokes

Editor's note: This post was originally published as "These Hurricane Harvey Memes & Jokes Will Give You A Good Laugh About Its Famous Name" before Hurricane Harvey gained strength and became a severe, life-threatening storm. It has been edited to reflect the severity of the situation.