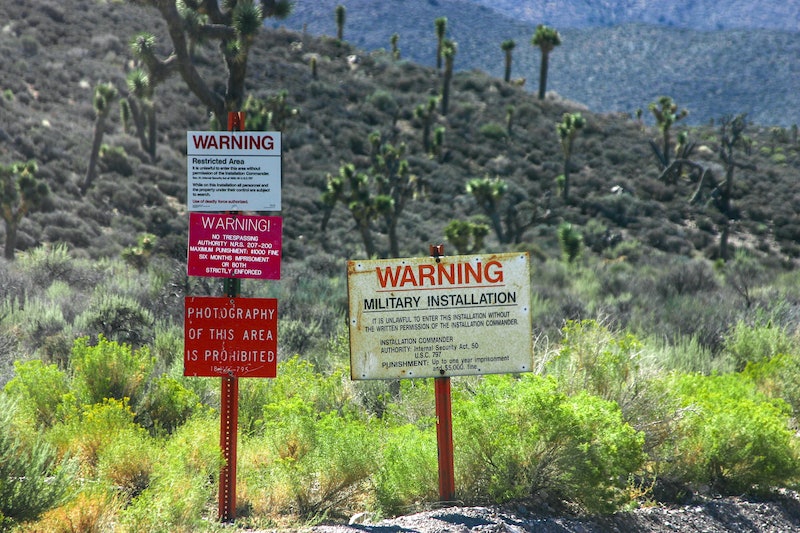 There’s no denying that Area 51 is one of the strangest places in the world — but it’s not the only strange place in the world. Turns out, there are actually loads of places like Area 51 scattered across not just the United States, but the entire world. Mysterious places. Places you’re not allowed to visit. Places whose functions remain obscure. Places that factor prominently in a conspiracy or ghost story or two. Or places that are just plain weird.

Or, sometimes, all of the above.

Area 51 was been something of an open secret for decades, but in 2013, the U.S. government finally acknowledged it for the first time. It’s been back in the news again lately due to the whole “Storm Area 51” thing — but even though the Facebook event encouraging us to gather en mass at the government facility and “Naruto-run” straight at it in order to “see them aliens” is nothing more than a joke that got way out of hand (seriously, don't storm Area 51), it’s also had the effect of getting folks interested in the place again. And in other, similar kinds of locations, as well.

I should be clear right off the bat that you shouldn’t try to visit most of these places; the ones with restricted access are off-limits for a reason, with safety, privacy, and legality among the issues coming into play. Some of them, though, you can arrange tours of — or at least drive (or in some cases, sail) by. But proceed at your own risk; even if you’re able to make a perfectly legal visit to somewhere like, say, Hoia Baciu or Hashima Island, you might end up with more than you bargained for.

Not for nothing are these places largely considered verboten.