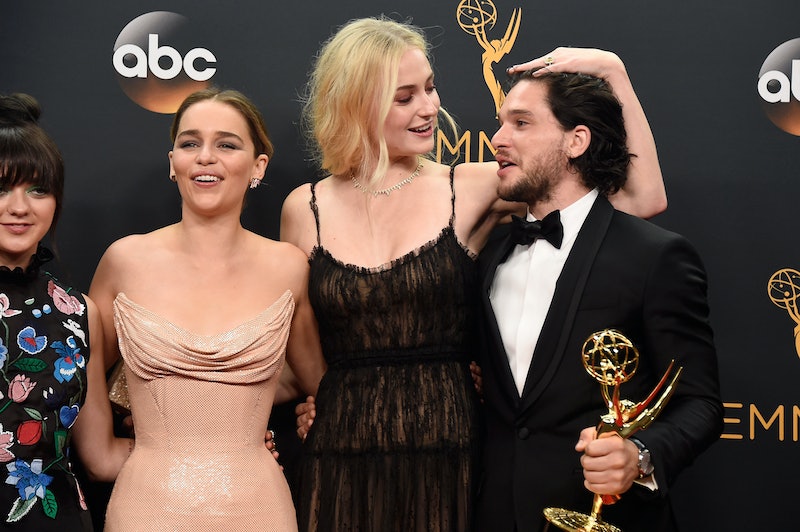 While you'll sadly have to wait until 2019 to see Game of Thrones, you don't have to wait that long to see your favorite actors in action. That's right, the Game Of Thrones actors have 2018 films and shows that will keep them busy and give fans something to fill the year-long void. From Arya Stark to Jon Snow to Daenerys Targaryen, the on-screen gang is all here in a whole slew of projects you're going to want to add to your 2018 watch list.

Even better, some of these new movies or television shows feature not one Game of Thrones actor, but two. Basically, you can double your pleasure and your fun without even rewatching all seven seasons of Game of Thrones. (Though no one would blame you for doing just that to catch up before the final season premieres.)

When you're not doing that, though, you could be watching Lena Headey and Iain Glen lay down the law in a new drama, Peter Dinklage in a apocalyptic thriller with a Handmaid's Tale connection, and more than one X-Men movie starring the Stark sisters.

With 16 of your favorite GoT stars premiering new projects this year, you're going to be way too busy to be counting down the days until you will see a new episode of Game of Thrones.