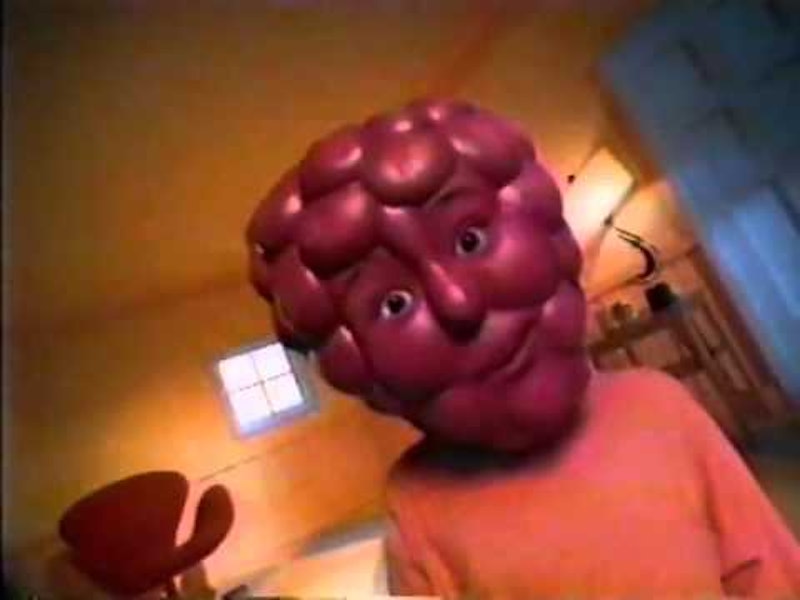 The nostalgia for all things ‘90s is so strong these days that even mundane errands, like buying groceries, can seem exciting in hindsight. While the basics of grocery shopping haven’t changed all that much in the last two decades, there are things every ‘90s kid wanted from the grocery store that still seem firmly rooted in that era (even items, like Fruit by the Foot, that are still in stores today). For people who grew up in the ‘90s, these small, everyday products were regular features of daily life, making them weirdly feel more personal than more famous symbols of the ‘90s, like TGIF or the Spice Girls.

It’s impossible to think about grocery stores in the ‘90s without remembering the most glorious game show of all time: Supermarket Sweep. Much of my time in grocery stores in the ‘90s was spent strategizing how I’d win the competition. (Hair color and batteries, people! Small, expensive items — forget the giant hams; they just overload the cart.) And if I still find myself imagining my Supermarket Sweep run when I’m shopping, well, that’s normal, right? (Right?)

When you weren’t planning your game show future, you spent most of your time at the grocery store begging your parents for the coolest foods of the ‘90s (which happen to be almost all be prepackaged and full of high fructose corn syrup. I never said these things were healthy). These 16 grocery story items might not have made you a Supermarket Sweep champion, but you coveted them nonetheless:

In the early ‘90s, pretty much the coolest thing you could buy at a grocery store was Bubble Tape — six feet of weirdly powdery gum rolled into a tape dispenser. The primary fun of Bubble Tape was to fit as many feet of it as you could into your mouth at one time… and then see what happened. (“What happened” was usually just a pink slobbery mess.)

Dunkaroos — a snack with little cookies and icing for dipping — were, and are, legit genius. The concept is so simple and so sugary. What’s not to love?

All of the chocolate cookie flavor, plus more sugar — everything a ‘90s kid (or any kid, really) dreams of. Though I have to say I was shocked — shocked, I tell you! — to discover that Double Stuf Oreos do not, in fact, have double the cream of a regular Oreo.

Why would anyone drink real juice when you could drink vaguely fruit-flavored “fruit drinks” with flavors like Chucklin' Cherry and Grumpy Grape? The whole conceit of Squeezits was that you had to squeeze the bottle to get the liquid out, which, to the ‘90s kid mind, seemed way cooler than just drinking out of a cup. And, let’s be honest, the ads were terrifying.

Gushers were crazy popular in ‘90s cafeterias, but TBH, I was never really on the Gushers train. I though they tasted too much like plastic. For some reason, that feeling didn’t keep me away from other plasticky fruit snacks…

6. Fruit by the Foot

I LOVED Fruit by the Foot back in the day (and, if I’m honest, I kept eating them all the way through college. And if someone handed me one right now, I would put it in my mouth with JOY). After all, it’s three feet of sorta-kinda-fruity gummy goodness — and if it’s almost entirely sugar, well, that didn’t deter me one bit.

Lunchables were the most coveted of all lunch foods. Pizza Lunchables were even more baller. Show up at school with a Lunchable in hand, and you could trade for anything else in the cafeteria.

Pizza! On a bagel! Only imagine!

Back in the day, these frozen meals came with “fun packs” featuring an animated bear and penguin. I remember not actually liking the food very much, but begging for Kid Cuisine anyway, just so that I could get the little kid’s booklet or mask that came with the meal — proof that you should never underestimate children’s greed for free stuff.

Fancy grocery stores in the ‘90s contained their own video rental stores, so that you could get Squeezits, bagel rolls, and The Mighty Ducks 2 — ahem, everything you need for a kickass party — all in the same place.

Play that video with caution — 5 seconds of the Mentos theme song, and you will have it blasting in your brain for a month.

In the ‘90s Clearly Canadian was the fancier, healthier alternative to regular soft drinks. The brand’s actually been brought back in the last couple of years, thanks to crowdfunding, though the company seems to be having some trouble getting pre-orders filled.

Pop-Tarts Crunch was exactly what it sounds like: Tiny Pop-Tarts that you’d cover in milk. This quintessential ‘90s cereal disappeared in 1995, but did you know you can make your own? Bustle shows you how to make your own mini Pop-Tarts cereal right here.

Frito-Lay released Wow! Chips in 1998, and people went bonkers for them. The chips, made with olestra, didn’t contain any fat — which seemed almost too good to be true. And it was. Turns out that eating lots of olestra causes a number of unfortunate digestive issues. Sales of the chips crashed when people figured out that Wow! Chips would send them running to the loo.

I’d imagine that the variety packs of cereal that grocery stores continue to sell remain popular among kids now for the same reason they were popular in my family in the ‘90s: The little boxes were the perfect size for American Girl Dolls. Kirsten, Samantha, Molly, and Addy need cereal, too.

16. Nothing AT ALL from the produce section

I mean, obviously. We may be all about “farm to table” and local foods now, but the ‘90s was the age of prepackaging. No self-respecting ‘90s kid would go for an apple when he or she could get a sugar- and preservative-filled, vaguely apple-flavored “fruit snack” instead.

More like this
Starbucks’ Chocolate Cream Cold Brew Tastes Like This Retro Candy
By Emma Garza
The 'Hocus Pocus' Sequel Finally Has A Release Date & It Makes Total Sense
By Shannon Barbour and Radhika Menon
David Schwimmer Doesn't Remember This Classic 'Friends' Episode
By Sam Ramsden
5 Mini Skirt Outfits To Wear, Inspired By These Brave Souls
By Avery Matera
Get Even More From Bustle — Sign Up For The Newsletter