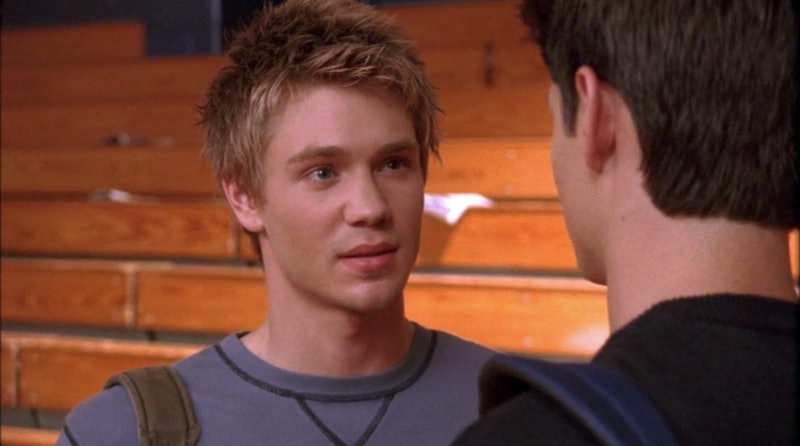 Admit it, you had a particular TV crush that made your teen years a little bit more bearable. But in retrospect, you may realize there were a lot of TV crushes you had in high school that were actually awful. Whether these were cute characters from early '00s TV shows that got you all hot and bothered, or crushes from '90s TV shows that made your heart skip a beat and feel thankful for reruns, the truth is that some of them were just plain terrible. But it's not totally your fault either. The truth is that all of the TV crushes who were actually awful are so dazzlingly charming, beautiful, and sexy that none of us ever stood a single chance of recognizing how flawed they were.

We were duped by cuteness, folks. And for some of these examples, that truth is actually pretty embarrassing when you judge between the scales of "being a total babe" and "being a despicable monster unworthy of love." Seriously, what were we ever thinking with some of these guys? However, it's also worth mentioning that while all of these characters were awful in their own unique way, some of them are also kind of forgivable — but only kind of.